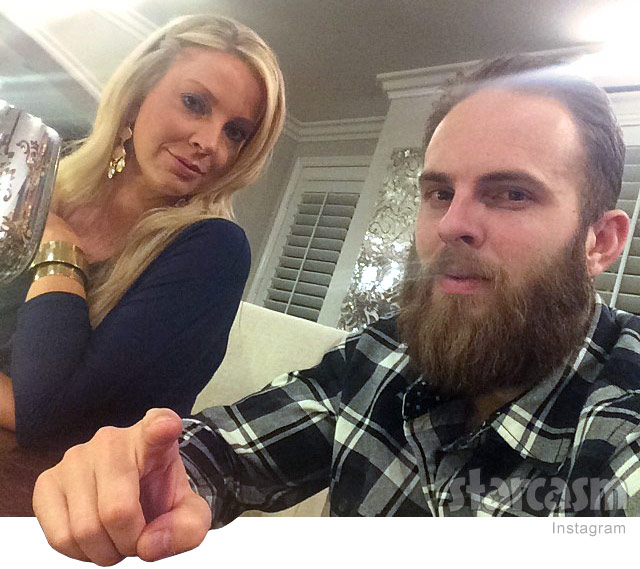 The Real Housewives of Orange County star Tamra Judge’s son Ryan Vieth appeared to have his life on track with new fiancée Sarah and their five-month-old daughter Ava, but it seems Ryan may once again be falling into his unstable ways as it was revealed today he was arrested last month for domestic violence against Sarah, with Ava and numerous firearms present.

Radar Online broke the news earlier today, linking a 911 call on the evening of June 27 to Ryan and Sarah. According to online records, a 911 call was placed just before midnight by a woman who claimed that a shirtless 5-ft, 9-in 29-year-old white male hit her and that she believed her finger was broken. The caller did not elaborate further because her 5-year-old daughter was with her. The caller also said the man who attacked was with their 5-month-old baby next door and that there were many firearms in the residence (Radar reports that Ryan was drunk at the time, but I couldn’t verify that information with the online records.)

Ryan Michael Vieth was arrested on June 28 and released later that afternoon:

Radar spoke with an “insider” who says “Tamra is devastated and embarrassed by the arrest,” and adds that Tamra “had to bail Ryan out of jail the day she returned from her belated honeymoon from Greece with hubby Eddie Judge.”

So far, there has been no mention of the arrest by Tamra on social media. She did, however, share this sweet Instagram photo of Ava getting a WHOLE LOTTA love:

So much Ava love going on ❤️

Reality Show Where are the Now? RHOC’s Jeana Keough and family

Listen to Gretchen Rossi’s proposal song “The Time Is Now”