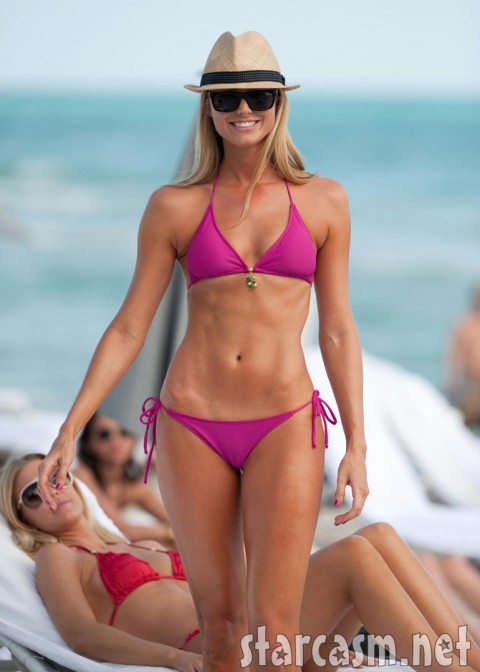 Professional wrestling’s “Weapon of Mass Seduction” Stacy Keibler did some massive seduction on the beaches of Miami on New Year’s Eve! Good gracious!

Stacy has one of those “curvy even when skinny” figures and appears to have thankfully resisted the urge to enhance herself topside. Combine skinny but not bony, natural bust, big smile, goofy stylish hat and a teeny tiny hot pink bikini and you’ve got yourself a mighty fine bunch of photographs! But don’t take my word for it – see for yourself: 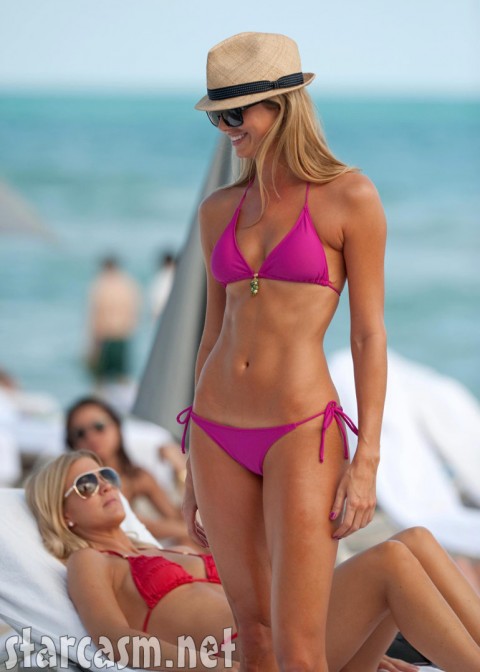 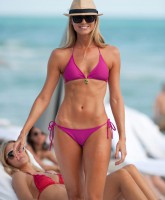 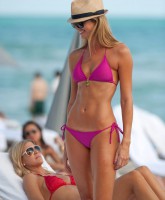 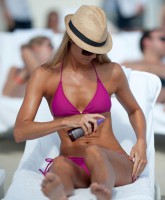 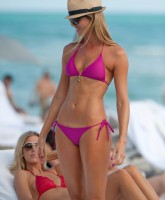 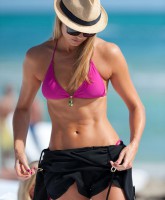 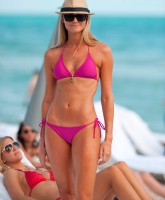 I have to admit I hadn’t really heard of Stacy Keibler before I ran across these photos on Flynet, but that has all changed now! The former Dancing with the Stars contestant has a famous pair of legs that reportedly measure 42 inches long, a pair of legs that have walked her right onto the Maxim’s Hot 100 list, topping out at #5 in 2006. She has since had a couple acting roles on the television shows What About Brian, George Lopez, October Road and the upcoming Psych on USA.

Photos: Crockett/Tubbs (My favorite photographers! Finally, something exciting for them to shoot in Miami!)