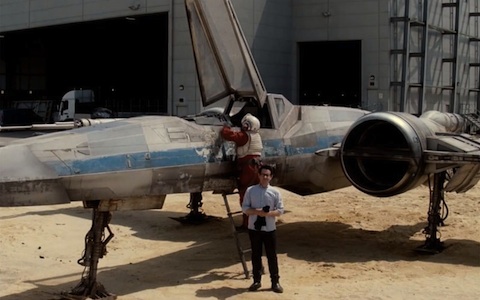 Episode Seven director J.J. Abrams has teased the appearance of the X-Wing in the film.

Devin Faraci has shared what he alleges are the basic premise and a host of plot details of the newest Star Wars film on noted movie discussion website Badass Digest.

Again, the spoilers are unconfirmed, so take anything you read with a grain of salt. And the movie isn’t to be released until December 18, 2015, so, even if they are accurate, things could change between now and then.

But Faraci has a reputation for honesty, sometimes brashly so; take that into consideration as well.

Last chance to look away before potential spoilers…

…Imagine the standard Star Wars crawl, and when it ends the camera pans up to the stars. But instead of a spaceship zooming into frame we see… a hand! A severed hand, tumbling through space. A severed hand gripping a light saber.

That hand falls onto a desert planet, where it is discovered by characters who will be our heroes. One is Daisy Ridley. The other is John Boyega, who is playing someone trying to change his path in life (again, I’m keeping it vague here). They recognize the light saber as a Jedi relic and decide to return it to the proper people.

Their quest takes them off world, and they meet up with Han Solo and Chewbacca, who aren’t flying around in the Millenium Falcon anymore but are piloting… well, that could be a spoiler. I’ll leave it. Anyway, Han and Chewie recognize the light saber as Luke’s, and they say they haven’t seen their friend in thirty years, since the events of Return of the Jedi.

So begins a quest to find the missing Jedi Master. Meanwhile, on an ice planet, nefarious forces are building a super weapon, one capable of destroying not planets but entire solar systems…

In many ways this plot of Episode VII is an echo of A New Hope. Instead of R2 coming to Tatooine it’s a hand falling from the sky, but the basic sweep of the story is similar, and intentionally so. But things that seem familiar may not be as familiar as you think – don’t assume that every ice or desert planet in the galaxy has already been visited, if you know what I’m saying.

There’s more, of course – this is just the broadest of outlines, a basic synopsis. On the one hand I sort of roll my eyes at the story echoing A New Hope, but on the other I like the propulsive quest concept. I’m hearing extremely positive things about the action, and very, very good things about the characters themselves and the way the actors are bringing them to life. Again and again I’m hearing that John Boyega owns this movie. 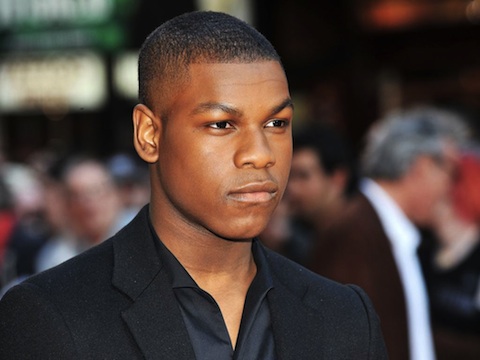 Boyega has a handful of notable acting credits to his name over the past few years. 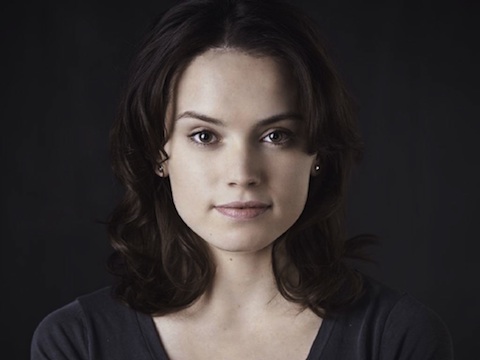 Likewise Ridley, though she has worked primarily in television. Both she and Boyega have done most of their work over the past three years.

Filming for the seventh movie in the series is currently on hiatus, to give Harrison Ford more time to recover from his leg injury. The Independent recently reported that crews have been shooting in England’s Forest of Dean.

What do you, the viewers at home, think? Are you intrigued by these details? Disappointed? Skeptical? Again, the movie is only a year and a half away from release; we don’t have too long to wait.

PHOTO Original cast returning for Star Wars VII, plus a list of all the new additions