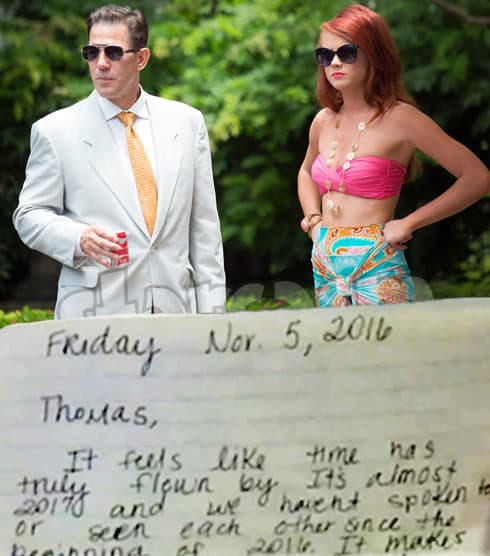 The editors at Bravo know where their southern-style biscuits are buttered as the network is teasing yet another possible Southern Charm reunion between Kathryn Dennis and Thomas Ravenel.

First up is a “still to come this season” video featuring a dolled up Kathryn telling Thomas, “I loved you so much and I will always love you.”

The former couple, who share two children – Kensington, 3, and Saint, 1, are no strangers to drama. Ravenel was awarded full custody of the children following an acrimonious split. Dennis finished her most recent stint in rehab, her struggles with addiction have been well documented on the show, just before the filming of the 4th season of Southern Charm.

In another extended preview, Thomas questions the sincerity of a letter of reconciliation that Kathryn has sent to him:

As Kathryn gets her signature red hair did she explains that she wanted Thomas to feel loved with the letter. She says that he’s always had a hard time accepting love because of his relationship with his father adding that if she saw Thomas she’d just want to give him a big hug, say she’s sorry, and tell him that she loves him.