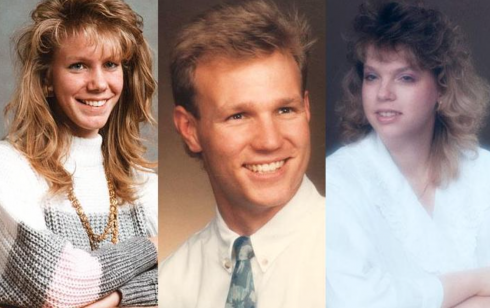 Sister Wives’ Janelle Brown is struggling with her role in the family, and how her personality differs from Kody and the other wives. Everything came to a head in the premiere episode of season 6 when the parents were working on lip synching a song, “Keep Your Hands to Yourself,” by the Georgia Satellites, for daughter Mykelti’s graduation.

Meri got upset when they took for granted that she would participate in this bit of silliness. “When I saw them starting to dance, I thought ‘I don’t even know how to move my body like that, and I am not gonna get up there and try for the first time right now . . . I just don’t dance. It is like the worst thing on the planet, for me.”

She said that this experience of being asked to dance and lip sync brought out a lot of difficult emotions, and made her think about “how many times I’ve been out in the public with them and just been so mortified with how loud they’re being, or how outgoing they’re being.”

Janelle sought therapy to start processing some of the difficult feelings she has for her family. She says she feels that she isn’t often heard by the group, while is seems like Meri’s opinions are usually considered. This problem with Meri dates back to the beginning of her relationship with Kody, an issue she wrote about in their book. She says she had been friends with Meri prior to marrying Kody, but she was also married to Meri’s brother. Their relationship deteriorated after she joined the family and they were faced with working out their differences.

“There’s a lot of things that happened over the years that were very hurtful to me, but especially between Meri and I,” she told marriage therapist Nancy Hunterton. She admitted that she deals with slights by holding them inside after a “hot” initial burst of anger. “For me, it’s about not being heard. There are times when I am sitting there, talking with the family, and it’s like, nobody’s hearing me. They’re not hearing me at all . . . and Meri’s is heard. It’s an interesting insight into the core difference between Meri and I, and why we’ve struggled over the years.”

Meri says she wants to somehow go back to the place where there is no more emotional baggage between them. She also wonders if she’s forgiven Meri and Kody for those past problems, but doesn’t know because she doesn’t let herself think about it. Her therapist wants Janelle to bring Meri into some therapy sessions so they can work on their relationship in a safe place, but Meri seems a bit apprehensive at the thought of that.