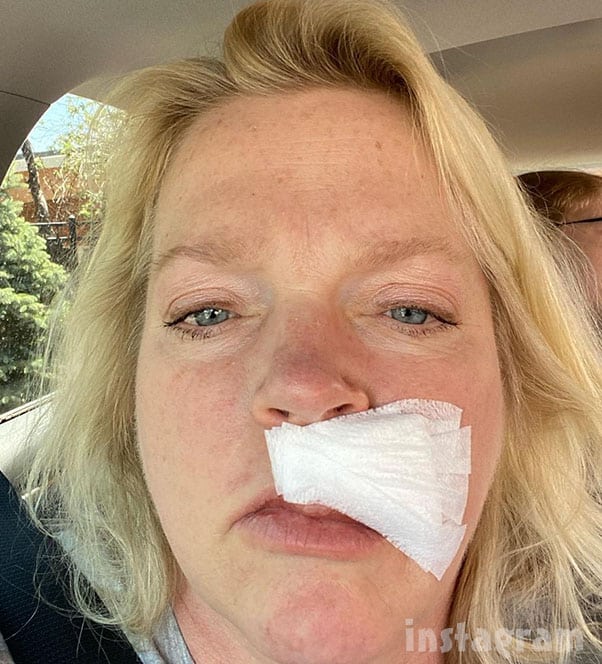 Some Sister Wives fans have expressed concern this season because of a blemish on show star Janelle Brown’s lip. It turns out their concerns were well founded as Janelle just confirmed the blemish was diagnosed as cancer!

On Sunday, Janelle shared a selfie on Instagram (above) sporting a large white bandage on her upper lip. “Many of you have been noticing and reaching out to me about the blemish above my lip in the new episodes,” she began her caption for the photo. “I am posting this picture hopefully for awareness.”

Kody Brown’s second wife added that the area where the cancer appeared had been troublesome for years. “I started to see what looked like a scar develop in an area on my lip where all of my cold sores for the past two decades have erupted,” she wrote. “At first I thought it was a new cold sore forming but then it never developed and just stayed.”

The scar-like blemish not only remained, but grew in size. “I started treating it with every scar medication I could find, thinking it was my body reacting to the years of trauma to that area of my face,” Janelle explained.

Janelle got concerned, but her scheduled doctor’s appointment was delayed two months due to the COVID pandemic. When she did finally make it to the doctor, that’s when she got the concerning results.

“It was a basal cell carcinoma, skin cancer, non malignant, but it still needed to be removed.”

Thankfully, the procedure went well. “I am happy to report that it was removed and all is well,” Janelle revealed. 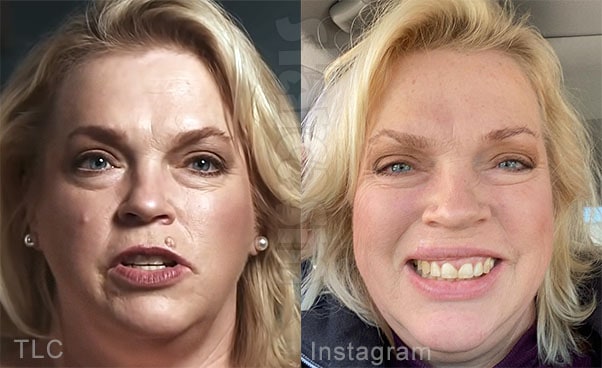 Janelle concluded her caption by explaining that she has always been very cautious about being in the sun. She also explained a little more about why it took her so long to get the blemish looked at in hopes of encouraging others to not procrastinate in a similar situation.

You have to know that I am very very careful to always apply sunscreen. I have always burned so easily so really cannot go out, ever, without some sort of protection.

This place on my face just looked like scar tissue and because I had cold sores there since my early 20s – it honestly did not occur to me to have it even looked at.

I hope this share will be helpful to some. I am sharing to say that, even if it seems like it couldn’t be skin cancer, it doesn’t hurt to have your doctor look at it 💗

It’s not good news to hear about Janelle’s diagnosis, but is is great news to hear that it was not malignant and removed successfully! I’m a big fan of relationship drama, but not so much medical drama!

Speaking of relationship drama, be sure to keep up with the loads of it that the Brown family is serving up with new episodes of Sister Wives airing Sunday nights at 10/9c on TLC.