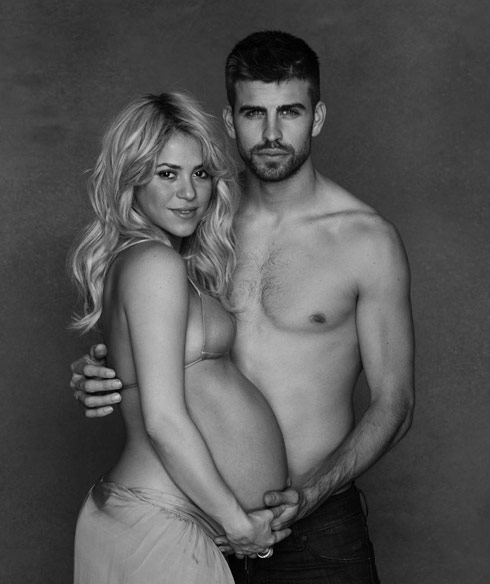 Shakira is a mommy — for real this time. Just one month after her boyfriend Gerard Pique pranked millions by announcing the fake arrival of their son, the baby boy has officially made his world debut, the happy couple announced earlier today.

“We are happy to announce the birth of Milan Piqué Mebarak, son of Shakira Mebarak and Gerard Piqué, born January 22nd at 9:36pm, in Barcelona, Spain,” read the blog entry on Shakira’s website. “The name Milan (pronounced MEE-lahn), means dear, loving and gracious in Slavic; in Ancient Roman, eager and laborious; and in Sanskrit, unification. Just like his father, baby Milan became a member of FC Barcelona at birth.”

“The hospital confirmed that the couple’s first child weighed approximately 6lbs. 6 ounces, and that both mother and child are in excellent health,” the statement continues.

Earlier this morning, just four hours before Milan’s arrival, The Voice judge Shakira had asked for her 19 million plus fans on Twitter to keep her in their prays as she went in to childbirth. “I’d like to ask you all to accompany me in your prayers on this very important day of my life,” she wrote.

Skakira and Gerard, who have been dating for nearly two years, first announced their baby news back in September.

Already, the little guy has taken the world by storm — he’s currently the #1 trend on Twitter. How’s that for an arrival?