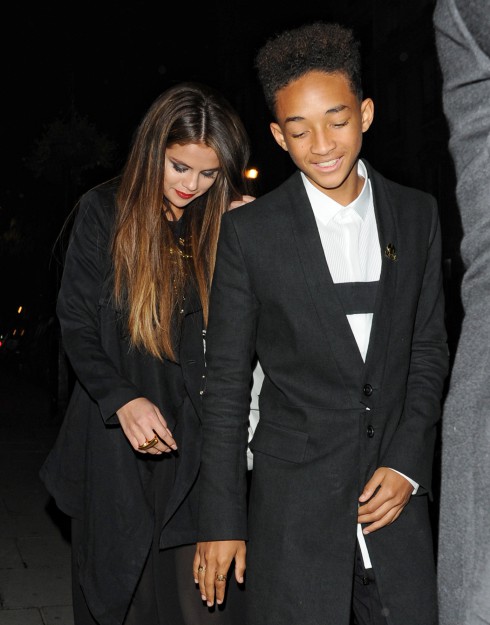 Selena Gomez and Justin Bieber may have been spotted sharing a kiss at last weekend’s Billboard Music Awards, but last night, it was Jaden Smith who Selena shared dinner with in London. The two were seen leaving Mayfair’s Hakkasan Restaurant together and now, everyone is wondering what Selena was doing with the close friend of her on-again, off-again boyfriend.

One thing fans don’t have to worry about is these two hooking up. Although they look to be about the same age, Selena is 20 and Jaden is just 14. However, if rumors did surface of a romance, it wouldn’t be the first time. Selana, Jaden, and Justin were rumored to be in a “love triangle” back in 2010 as well. 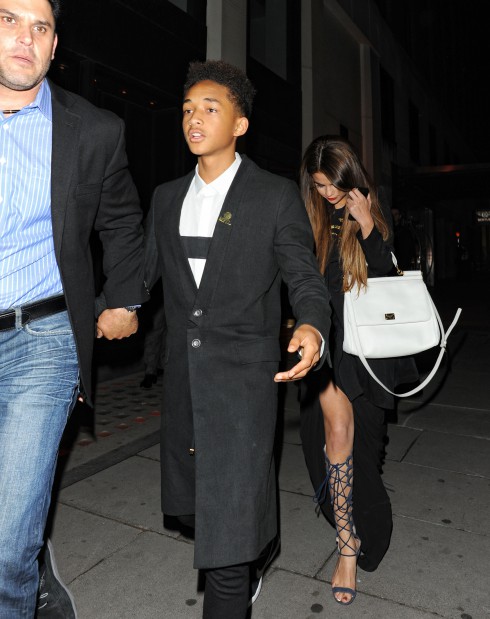 Just one day prior, Selena was forced to cancel an appearance after falling ill. “Sorry to everyone for having to cancel today. I am not sure if I am sick or ate some bad food but, I feel horrible,” she wrote. “I am going to take the rest of the day and try and get better for tomorrow. So Sorry 🙁 Love you guys.”

During a BBC interview earlier this week, before their Mayfair dinner, Jaden was super excited to hear that his friend Selena was also in town. In fact, his dad Will actually called him out on it, but Jaden played it off, joking that he was “more intrigued by this pen.” Check out the interview below:

As for Selena’s relationship with Justin, it seems to be complicated at the moment. The two officially broke up early this year, but continue to be spotted together all over the globe.