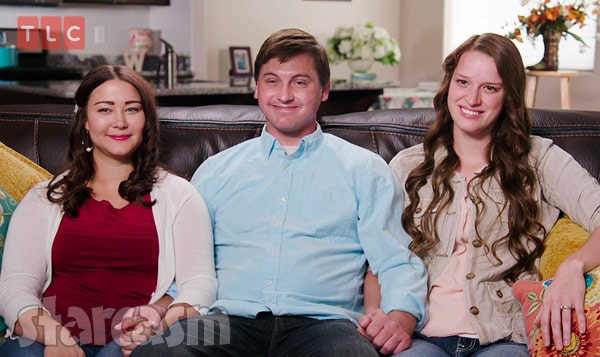 TLC’s polygamy-themed dating reality series Seeking Sister Wife returns for a second season on January 20, and the sophomore season will introduce viewers to two new families looking to add a new sister wife One of the two new families are the Winders — Colton, Tami, and Sophie — from Southern Utah, who are looking to add a third sister wife. However, the prospect of living the plural marriage lifestyle was a relatively recent development for all three.

“I was born and raised as faithfully as any youth is in the Church of Jesus Christ of Latter Day Saints,” husband Colton Winder explains in an autobiographical blog post from November. “I was exposed to very negative views of plural marriage as a child and discovered later that there was also a happy and blessed side to it. It wasn’t always just a trial and a hardship.”

Colton reveals in the first part of his autobiographical blog post that his conflicted view of plural marriage began when he was a teen and began researching the lives and writings of his Mormon ancestors:

Most of my ancestors during the period of plural marriage in the LDS Church lived in “The Principle.” Some of them did have great struggles with it. Some of them had great joys and love in it. I began to think of it in terms of marriage in general. Some monogamous marriages have great struggles. Some have great joys and love. The thought that there could be such a thing as a happy plural marriage shook my previous conceptions and beliefs clear to the foundation of my faith. This began my struggle that would last for years.

Colton says he struggled with the testimony of plural marriage through the remainder of his teen years and into his twenties, even after he married his first wife Tami. The struggle would eventually lead him to abandon religion entirely, which would spark a downward spiral into depression and suicidal thoughts.

Though he was without his faith, Colton was not without Tami — who was a pillar of strength and light for him through this very dark time:

Tami was always faithful and supportive through all of this. She was my constant rock. She was and is an absolute saint. One of the most hurtful rumors that I’ve heard that people have spread about Tami and I has been that she only consented to plural marriage because of my depression. This gossip has been particularly hurtful because people who know the truth, but refuse to accept it have spread it. It’s been so disheartening for us.

Colton reveals that it was only after he was able to overcome his struggles with depression that the couple began to seriously consider plural marriage. He and Tami welcomed religion back in their lives, but they opted to not make their return through the LDS Church as they wanted to keep their minds and hearts open to allow for the possibility of plural marriage.

Those open hearts and minds allowed for second wife Sophie to enter the couple’s lives, and later their marriage. 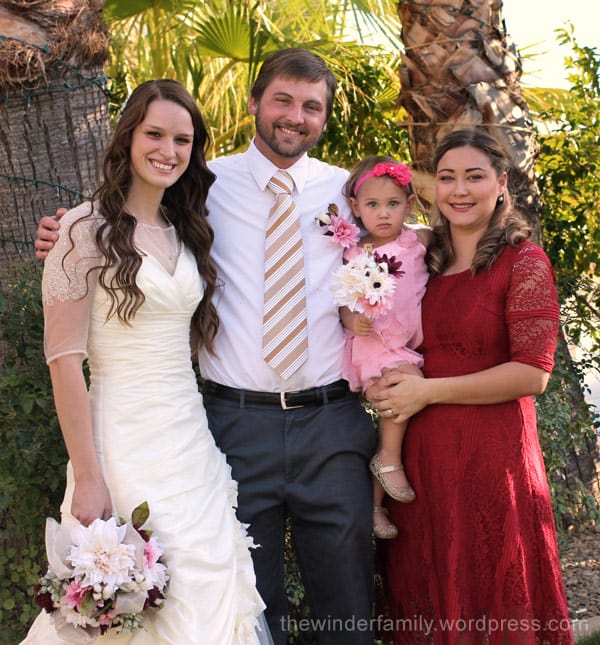 Given that the LDS Church has abandoned its fundamental concept of the testimony of plural marriage, and given that the world has changed vastly since the beginning days of the Church of Latterday Saints, numerous Mormons looking to practice plural marriage are creating some of their own guidelines.

“The lifestyle for us has taken on perhaps a slightly different form than it assumed when it was preached in the 1800s,” Colton admits. “It’s certainly taken on a different form than it has in many groups who continue to practice it today. It’s taken on a form that works for us and for our relationship with our Father in Heaven. That beautiful relationship is all that we had hoped for and we’ve been richly blessed.”

Colton points out that he doesn’t believe plural marriage is required in order to achieve “celestial glory,” but he does say that those who practice it “will receive a more abundant share of their exaltation and will be more prepared to abide in that glory.”

Despite the exaltation and glory potentially waiting for him in the afterlife, and the joy he is currently experiencing in this life, Colton is the first to admit that his issues with depression and anxiety have not gone away completely:

I still have ongoing struggles with bouts of depression and anxiety. I don’t know if it’s something that can ever truly be healed in this life. It’s something that I’ll probably struggle with my entire life. I’ve had relapses and probably will continue to do so on occasion. Moments where it’s hard to feel that my life has any purpose and that there’s no reason to even try to find lasting happiness. I’m so grateful, though, that I’ve found my faith once again and that it has brought light and joy into my life once more. I’m grateful for my loving and supportive wives and my beautiful daughter. With their help and the miracles of modern medicine, those periods of darkness truly are just fleeting moments now, rather than a constant struggle.

As you may be able to tell from the lengthy excerpts included in this post, Colton is great about being honest about his experience and being able to communicate that honesty in writing. That is a quality that he shares with both of his wives as Tami and Sophia also post on the Winder Family blog, and both of them are just as honest and adept at writing as Colton. I strongly encourage you to check out the blog — their reflections do so much to breathe a third dimension into a concept that is still often perceived (and mocked) flatly.