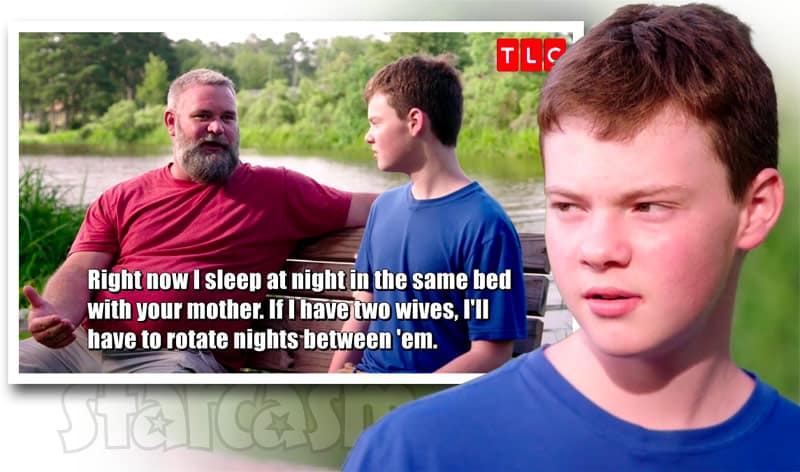 The second season of TLC’s Seeking Sister Wife reality series introduces viewers to the McGee family from Brandon, Mississippi. Bernie and Paige are currently living in an RV at a campground with their two boys. The cramped quarters have done little to reduce the couple’s dream of having a large family, however, but because of some complications with Paige’s last pregnancy, the couple feels that polygamy is their best option to have more children.

While Bernie and Paige both seem to be on board the plural marriage bandwagon, their 14-year-old son John is still having a hard time grasping the concept — both in a conceptual way, and in a practical way, as far as how the details of how it would actually work. Bernie decides to have a sit-down discussion with John to clarify some things, but the clarification does little to sell John on the idea.

And just in case you aren’t able to watch the video, here’s a transcript of how the conversation went:

DAD BERNIE: What questions do you have about it?

SON JOHN: How many wives would you want?

BERNIE: You know, how many’s too many? How many is enough? I think three is a real good number. I think [with] three I can balance time better.

JOHN: H-how would you do that though?

BERNIE: Well, how-ow, well you know, I’m gonna have to have, uh, sleep at night, right? Right now I sleep at night in the same bed with your mother. If I have two wives, I’ll have to rotate nights between ’em.

JOHN: [shocked face and a long pause] What?

JOHN: That’s not what I was meaning.

BERNIE: What were you meaning?

JOHN: I was meaning, like, you — never mind. I don’t think you got at all what I was talking about.

BERNIE: Yes I did. And if you would expunge on it a little bit I would probably get it. 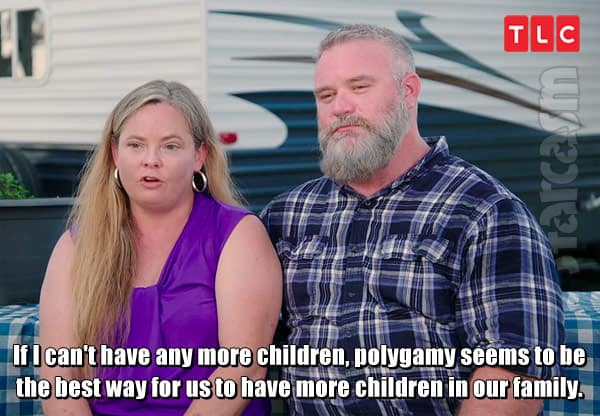 JOHN: So we’d have like one house or something, and we all are still together, intermingled?

JOHN: But you — what are you talking about spending different days — what?

BERNIE: Might be a little bit too much information for you.

To find out whether or not Bernie is ever able to convince John that having more moms would be a good thing, be sure to tune in to new episodes of Seeking Sister Wife airing Sunday nights at 10/9c on TLC!