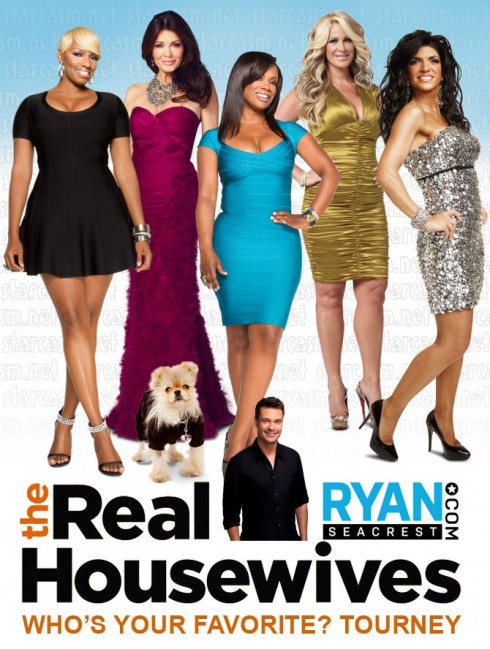 It’s the Final Five in Ryan Seacrest’s Real Housewives themed February Madness! His “Who’s Your Favorite Housewife” tournament is down to just five finalists, and although there’s still a week left before we know the individual winner, it’s clear which city has taken the crown… Atlanta!

Here are the results from the semi-final round, which would seem to indicate we have a two-horse race between Teresa and Lisa. (Telisa?) BUT, the voting starts over from scratch in each round, so it’s anybody’s race!

And for those curious, it appears as though the fifth place spot came down to the wire, with Brandi Glanville just missing a place in the finals with 7.43 percent of the votes. (Watch your back Kandi!)

OK, here’s the final poll. Voting remains open until Monday, March 4 at 11:59PM. (I am assuming that Pacific time, given that Ryan is out there on the West Coast.)

Is Kim Zolciak really a nurse? Photo of her LPN nursing license