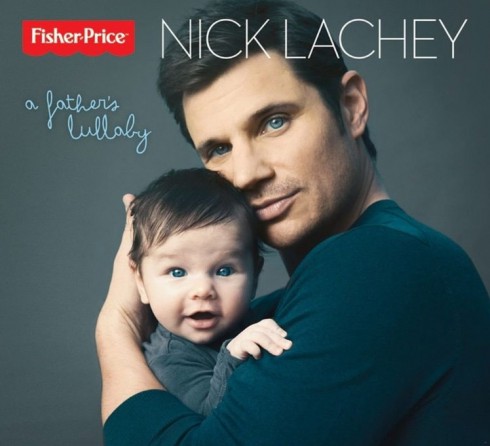 Nick Lachey is most famous for his music career and his reality TV stint with his ex-wife Jessica Simpson, but his most important gig is being a daddy. Nick and wife Vanessa Minnillo welcomed son Camden John in September and now that Nick is releasing a new solo album, he’s got a great cover model.

Nick’s album cover for A Father’s Lullaby includes the five-and-a-half month old cuddling with his dad and the resemblance is striking. They have the same eyes, the same color hair — what can we say, they are both adorable.

Nick teamed up with Fisher Price for the new album which is a “special tribute” to Camden. “Creating this album allowed me to further connect with Camden while also sharing the experience with families who are on a similar journey of welcoming a new life into their world,” Nick explains. “Music has always been an incredibly significant part of my life and a meaningful way in which I express myself.”

Nick is set to go on tour along with his 98 Degrees bandmates, Boyz II Men, and New Kids On The Block for “The Package” this May — and he’s bringing his son along. “Camden will be on tour for sure. I’m not going to spend 2½ months away from my son. That would be tragic.”

A Father’s Lullaby will be released on March 12 — click the link to preorder yours now from amazon!