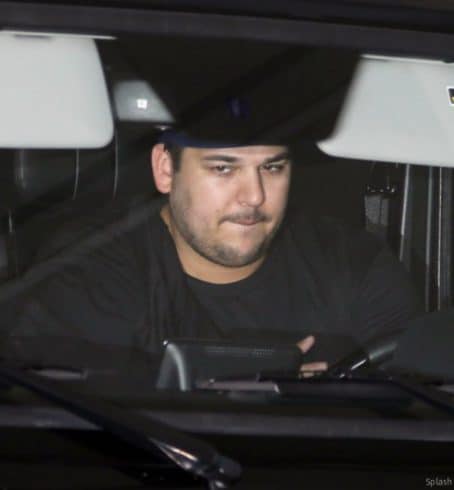 Over the past few years Rob Kardashian has gone through a pretty public struggle with his weight. The pressure to be thin is only compounded by his five female siblings, who always seem to be Instagram ready in their bikinis. His weight and mental health has been the subject of discussion on his family’s reality show Keeping Up With the Kardashians. Even his brother-in-law Kanye West recently told TMZ that he had liposuction because he didn’t want media outlets like TMZ to call him “fat” like they called Rob “fat.” Now Rob hints on Instagram that he lost a lot of weight through hard work alone.

Rob received a celebratory shower of compliments when he posted a photo of himself saying he doesn’t look like this anymore and followed up with hashtags “#thetransformationiscoming #staytuned #nosurgery #putinwork.” The no surgery tag seems to be a dig at Kanye’s recent revelation that he got lipo because he was afraid of being called fat because of how Rob was treated leading up to Kim and Kanye’s 2014 wedding. He said the media calling Rob “fat” is what “made him fly home before me and Kim got married. I didn’t want y’all to call me fat, so I got liposuction, right?”

The liposuction surgery proved to be disastrous for Kanye because he got addicted to the opioids he was prescribed for post surgical care, a common narrative in the U.S. today. Of course, a lot of people didn’t even realize Kanye said all these things because they were so focused on his controversial opinions about slavery.

“Wanna know how pain feels? I got off my main pills / Bet my wifey stay close, she know I’m on my Bezos. Opioid addiction, pharmacy’s the real trap / Sometimes I feel trapped, Jordan with no Phil Jack.”

The 31-year-old Rob, who reportedly spends a lot of his time caring for his one-year-old old daughter Dream, has been sure to keep well out of the spotlight while he embarked on his weight loss journey. Rob’s certainly endured his share of body shaming over the years, so unveiling his weight loss will definitely be a triumphant moment. It’s not yet known how many lbs. the Kardashian brother dropped, but we’re on the edge of our seats, Rob.

His sister Kim did give everyone a peek at Rob’s progress via Snapchat this March. 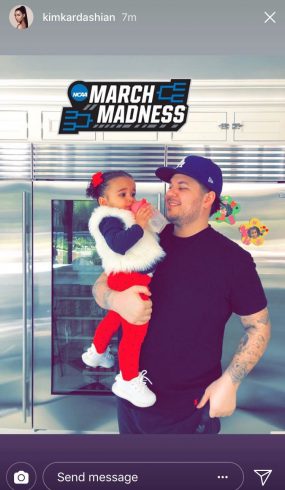