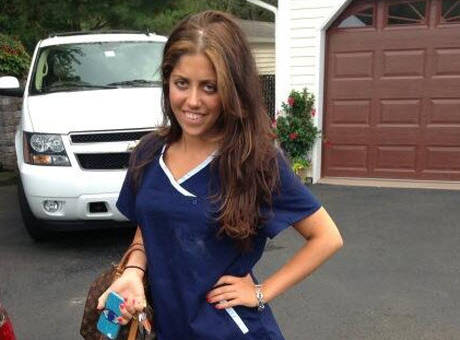 RHONJ’s Kathy and Rich Wakile’s 20-year-old daughter Victoria has had to endure a lot in her short life. 10 years ago she had brain surgery to remove a tumor, and a few weeks ago she found out she had another brain tumor.

Victoria spoke with OK about her second round of brain surgery, which happened shortly after she was diagnosed with a benign astrocytoma. When she found out that she had another tumor, she says she “was a bit nervous, like why did it happen again? But since I was 20, not 10 anymore, I had to face things in the hospital as an adult, which was challenging. However I wanted to be strong and stay positive.”

The young reality star, who is studying nursing, reports that she is recovering well from the surgery, but her body requires that she slows down and gets plenty of rest. “I feel good, but definitely not back to myself completely,” she says. “I have to take things slow and get back my strength and ability. After surgery the body has a way of telling your mind, ‘slow down.’ Not ready to go go go yet. Each day, I get more energy, stamina, and my thoughts are clear.”