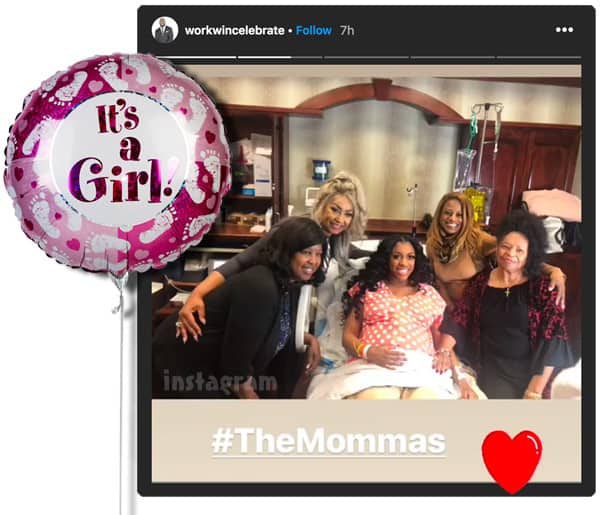 It’s a girl! The Real Housewives of Atlanta star Porsha Williams gave birth to her daughter earlier today, the first child for her and fiance Dennis McKinley!

“What a time to be alive! Porsha and I are so happy and blessed to announce the arrival of our daughter, Baby PJ,” Dennis told People. “We couldn’t have imagined a more magical moment! Can’t thank everyone enough for joining us on this journey-it’s been a fantastic journey,” he added.

People shared the very first photo of baby PJ, which can be seen in their tweet linking to the article:

New dad Dennis was the first to reveal that the baby was on its way with an Instagram photo of himself and Porsha in the delivery room this morning:

In addition to the photo, Dennis also shared a short video in his story featuring Porsha getting into the hospital bed while wearing a polka dotted hospital gown that he hash tagged with #MILFSEASON: 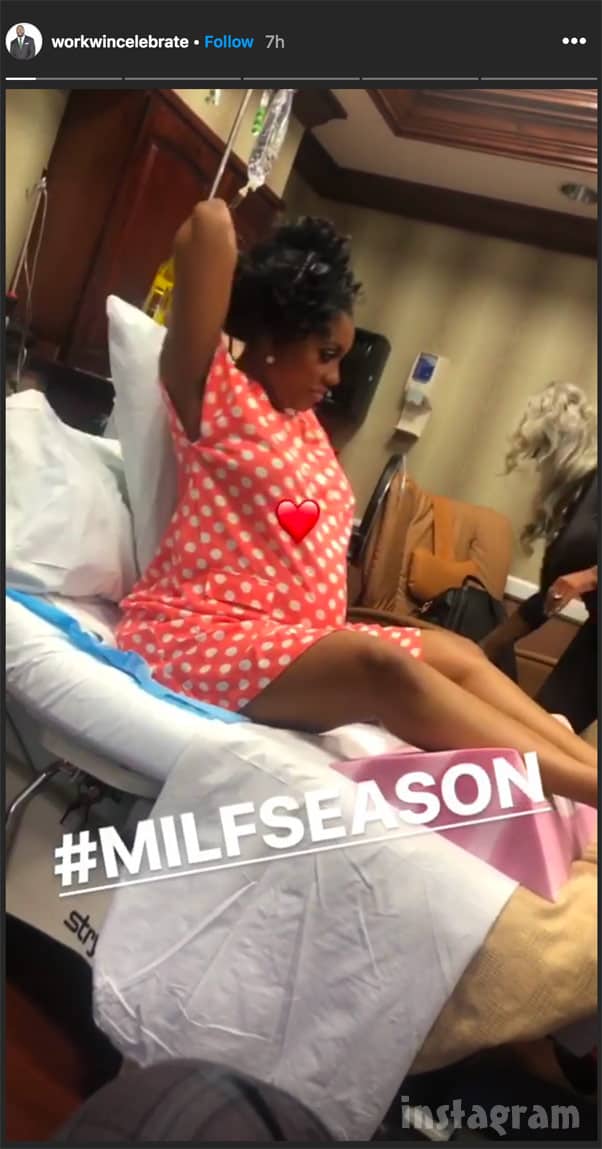 “This lady right here was fine ALL NINE MONTHS!” Dennis can be heard saying in the video. “You hear me? She was fine ALL. NINE. MONTHS.”

He then posted a photo of Porsha with her delivery room ladies in waiting, which is included at the top of this post.

Porsha’s sister Lauren D’Andria Williams was also present in the delivery room, and she posted a photo with Porsha along with a very loving message for her sister:

Waiting for my baby to have a baby. I didn’t get to give my speech at the baby shower so I’ll give it here. When daddy died, I was 10 and she was 16. We were at the hospital in North Carolina (Duke) and the doctors had notified everyone that he probably wouldn’t make it through the night so the family gathered at the hospital to say their goodbyes. I knew why everyone was there but for some reason I still hadn’t accepted it. That night I slept in Porsha’s lap in a private waiting room. The next morning we woke up and flew home. The morning of the funeral I sat on the front row directly in front of the casket. Probably not the best idea for a 10 year old in hindsight because they left the casket open for the majority of the service. So I laid on my Aunt Jettie’s lap and went to sleep. I slept until the end of the funeral when my mom was responsible for kissing cheeks and shaking hands with guests. Porsha immediately got grabbed me and walked me out of the funeral. She knew it was all too much for me. Her motherly instincts have always been there. She’s my child and my mother ? if you know us, you know what I mean. So I’m ecstatic to welcome my niece, granddaughter, second daughter, and sister PJ to the world today. Pray for us ??

As far as what Porsha’s daughter’s name will be, that is still a mystery. Although they have obviously decided on initials, Dennis teased his Instagram followers with a photo of numerous cookies, all with girls’ names that begin with the letter “P,” and he wrote: “We still gotta pick a name?” The names included Penelope, Po, Paige, Paris, Pilar, and Pia. 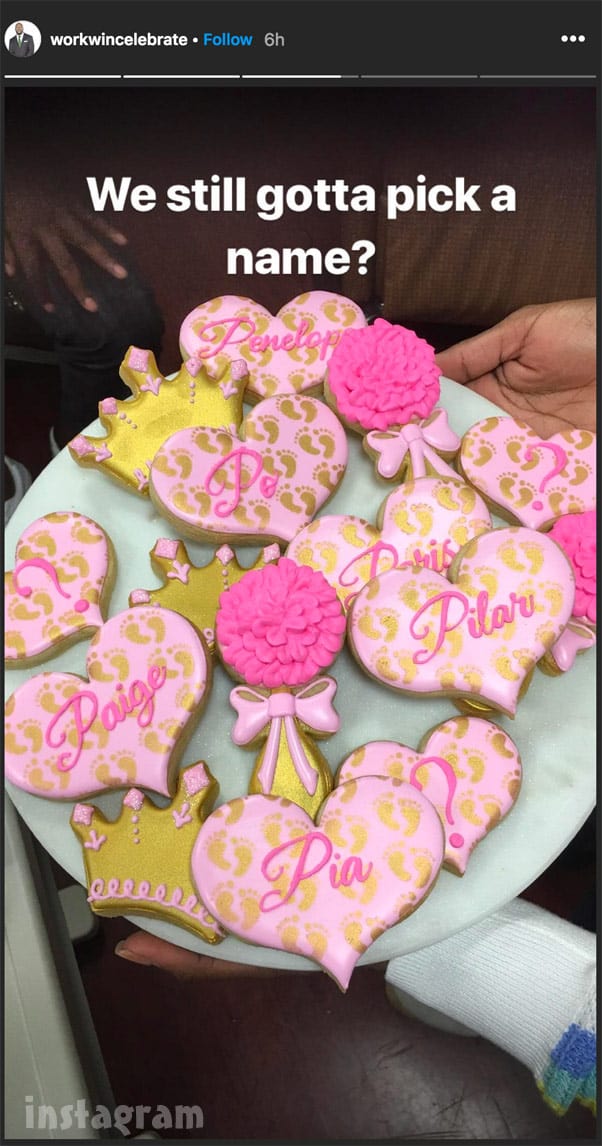 Congratulations to Porsha and Dennis! We cannot wait to see more of little PJ!