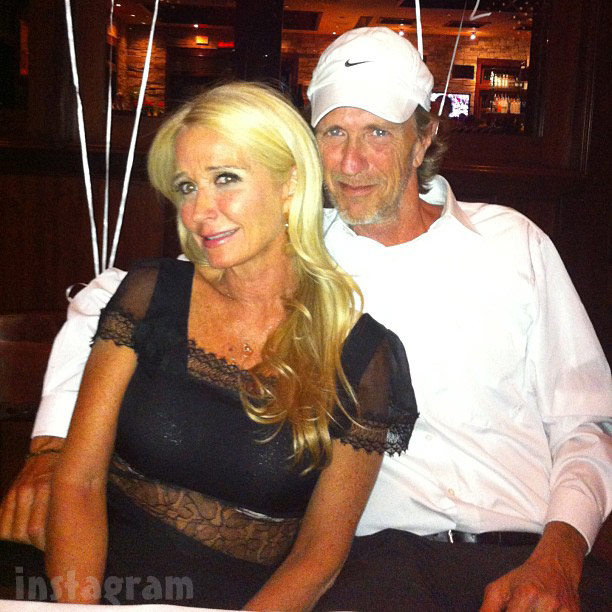 According to an insider close to The Real Housewives of Beverly Hills star Kim Richards, she has moved in with her ex-husband Monty Brinson to help take care of him after he was diagnosed with terminal cancer.

The report comes from Radar Online, whose source reveals that “When Monty was diagnosed with cancer, it was a kick in the stomach to Kim.” Monty, who married Kim in 1985 when she was pregnant with their daughter, Brooke Brinson, “has always been the constant in her life,” the source adds. “They moved in together so Kim could take care of Monty during his illness. Sadly, Monty has been told the cancer is terminal. His voice is very raspy, and it’s extremely hard for him to talk.”

Here is a throwback photo from Marty Brinson and Kim Richard’s wedding, which not only features the very young bride and groom, but also either Nicky or Paris Hilton as a grumpy flower girl! (At least I think that’s one of the Hilton sisters, who were flower girls at the ceremony.) 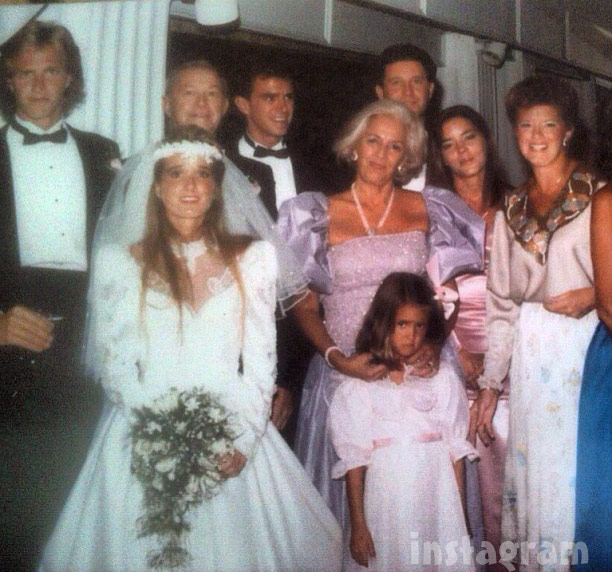 And here’s another throwback photo of Kim Richards and Monty Brinson with their newborn daughter Brooke! 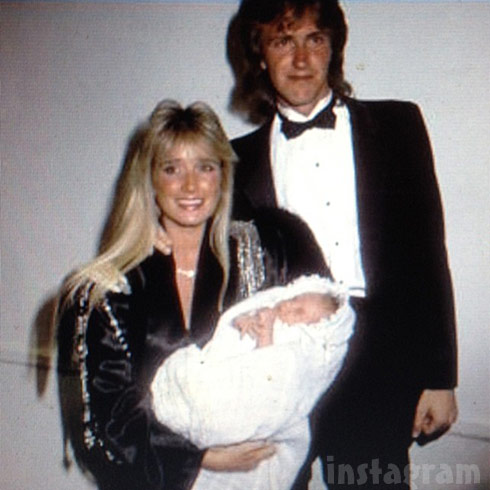 The Radar Online report seems backed up by recent photos posted online by Kim, Monty and their daughter Brooke. Kim and Marty even attended a Halloween party together — Marty dressed as Zorro and Kim Richards wearing a sexy leopard cat suit (that looks very familiar to the one made famous by Kim Kardashian in 2012): 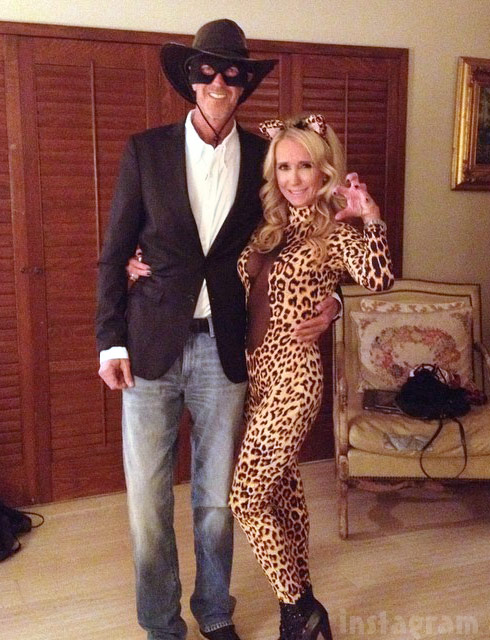 If you’ve been keeping up with Kim Richards over the last couple months then you know that her and Monty’s daughter, Brooke Brinson, recently married Fatburger heir Thayer Wiederhorn on August 2nd, 2014 in Bel-Air, California. Radar’s source reveals that Brooke’s wedding “was held this past summer so her dad could walk her down the aisle. Cameras were on hand for the very emotional day, and this will be Kim’s central storyline this year.”

Here is a photo of Brooke and dad Monty just before the ceremony from her instagram account:

Right before my father walked me down the aisle ! Hair & Makeup by the talented @hairbypamellab & @sally_sallyy

And another amazing photo of Monty walking with bride Brooke: 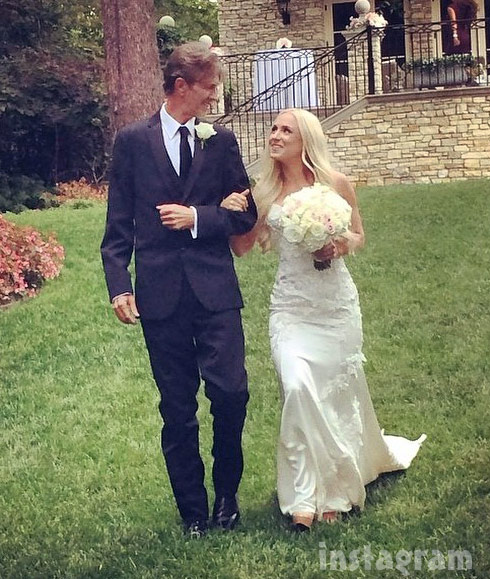 Kim and Monty have both been very open about their close friendship after divorcing one year after tying the knot. “I still love Kim and consider her to be my soul mate,” Monty said back in 2011. “But even if we aren’t meant to be together romantically, it’s nice to know we’ll always be the best of friends.”

My Best Friend in World… I love you @montybrinson always & forever…..

At the end of the day there is no friendship like this one!! I love you @montybrinson #friends #forever #love

And a message from Monty about Kim:

@kimrichards11 Wishing you a Happy Birthday. It's the big one but you're always young in heart. A pure soul you have. I love you and have a beautiful day and see you to help celebrate this special occasion, the this day your family and friends have been blessed you came into this world. #birthday #family #celebration #rhobh #love #friend #heart

Kim has reportedly really struggled with Monty’s diagnosis, and as a result she has “been self-medicating to deal with the stress of it,” Radar’s source said. “Her medication has been prescribed by a doctor that is fully aware of Kim’s addiction issues. This is being very strictly monitored.”

Our thoughts go out to Kim, Monty, and their families.