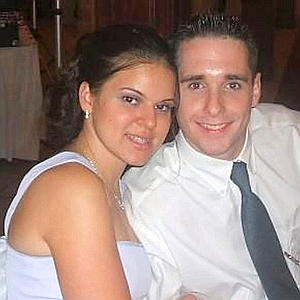 Lab technician Raymond Clark was arrested this morning at 8:10 a.m. at a Super 8 motel for the murder of Yale student Annie Le, who was discovered in a basement wall of an off-campus medical research building. Her body was found Sunday, the day she was supposed to be getting married to Jonathan Widawsky, a Columbia University graduate student.

Raymond Clark has been a “person of interest” for a while, and has undergone numerous DNA tests. There were bloody clothes found in the ceiling tiles in another area of the building, possible incriminating evidence against Raymond.

The police did not give details about evidence collected because of a “sealed arrest warrent.” New Haven, Police Chief James Lewis called the incident a case of “workplace violence” during a press conference; indirectly refuting rumors that Raymond Clark had a secret love affair with Annie Le.

Jennifer Hromadka, Raymond Clark’s fiance,  addressed rumors that Raymond was cheating on her with a lab technician through MySpace:

“My boyfriend, Ray, if you don’t know him, has no interest in any of the other girls at YARC as anything more than friends. He is a bit naive, doesn’t always use the best judgment, definitely is not the best judge of character but he is a good guy. He has a big heart and tries to see the best in people ALL THE TIME! even when everyone else is telling him that the person is a psycho or that the person can’t be trusted. He thinks everyone deserves a second chance and has a hard time hurting people’s feelings and it takes him getting burned to learn.” 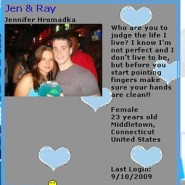 On September 10, two days after Annie Le disappeared Jennifer posted this as her greeting message:

“Who are you to judge the life I live. I know I’m not per fect and I don’t live to be, but before you start pointing fingers make sure your hands are clean.”

Jennifer Hromadka and Raymond Clark had a wedding registry site showcasing plans to marry December 10, 2011.
Be our BFFs on Twitter, Facebook!, and Google +