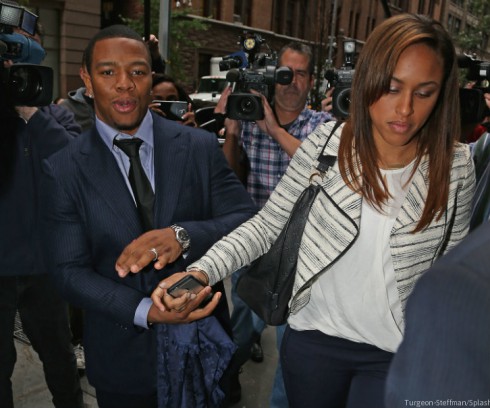 Ray Rice has been reinstated by the NFL after winning an appeal of his indefinite suspension, which he received in September after footage showed him knocking out then-fiancee Janay Rice in February.

“The suspension has been vacated,” George Atallah of the players’ union said today.

The Pro Bowler was cut from the Baltimore Ravens in September, so he is now a free agent. He is now eligible to sign and start playing with any team. However, although his talent makes him a desirable player, it seems unlikely that any teams will rush to sign him because of the potential backlash.

Rumored romance heating up between Draya Michele and Tyrod Taylor