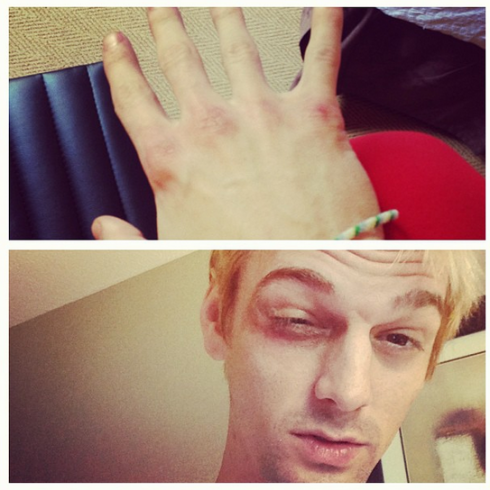 According to Aaron Carter, some fans of New Kids on the Block think their group should be the only ones allowed on the block.

Carter, who was in Boston for his After Party tour, confirmed to TMZ that he was jumped by four NKOTB devotees when he was leaving dinner with a friend.

“I heard you’re doing a show here tomorrow,” Carter claimed one of the assailants yelled as they jumped out of a gold Chevy Malibu. “This is the town of the New Kids.”

Using his sixth-degree Muay Thai black belt skills, Carter fought back and the NKOTB fans ran crying for their Donnie.

“I think my knuckles might be broken, but that’s what they get. People think I’m a pretty little white boy but no way. I think I won. I’m still standing.”

Fortunately for Carter’s fans in Boston, the incident wasn’t enough to keep him from performing. Right before taking the stage, he shared the following photo on Instagram with the caption “Still loving BEANTOWN!! #BostonStrong” 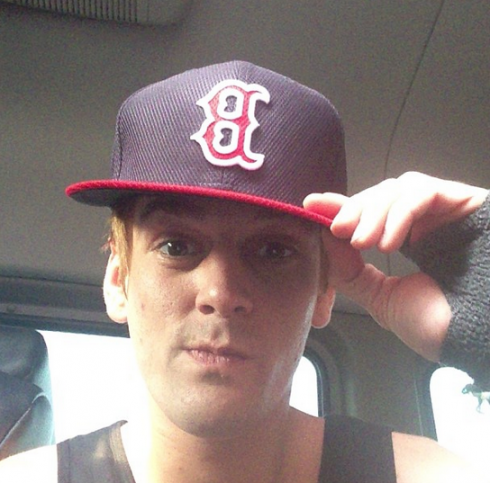 Interestingly, Beantown Beatdown conspiracy theorists are already picking apart Carter’s story. Because he claims filing a police report is too “girlie,” some Internet commentators think this was just publicity stunt.

Either way, it’s certainly getting Carter’s name back in the news for a day or two. It’s also amusing to think about the last time the words “fight” and “Aaron Carter” were used in the same sentence: The early 2000s when Hilary Duff and Lindsay Lohan were reportedly battling for his affection.