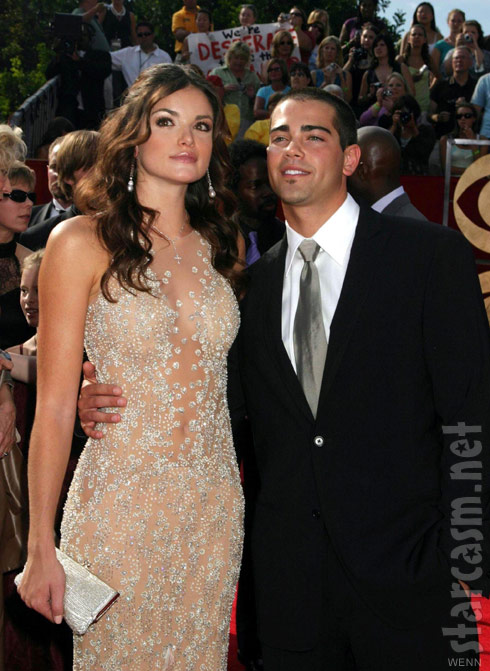 28-year-old professional model Courtney Robertson will be one of 25 ladies looking for love on the 16th season of the The Bachelor, but scoring a one-on-one date with Bachelorette runner-up Ben Flajnik wouldn’t be her first time gettin’ intimate with a famous dude because Courtney once dated Desperate Housewives hottie Jesse Metcalfe!

That’s right, Gabrielle Solice’s (Eva Longoria) boy toy gardener dated Courtney back in 2005 and even took her as his date to the EMMY Awards that year. The photos in this post are of the two of them from the red carpet at the Awards, which were held at at the Shrine Auditorium in Los Angeles on September 18, 2005. 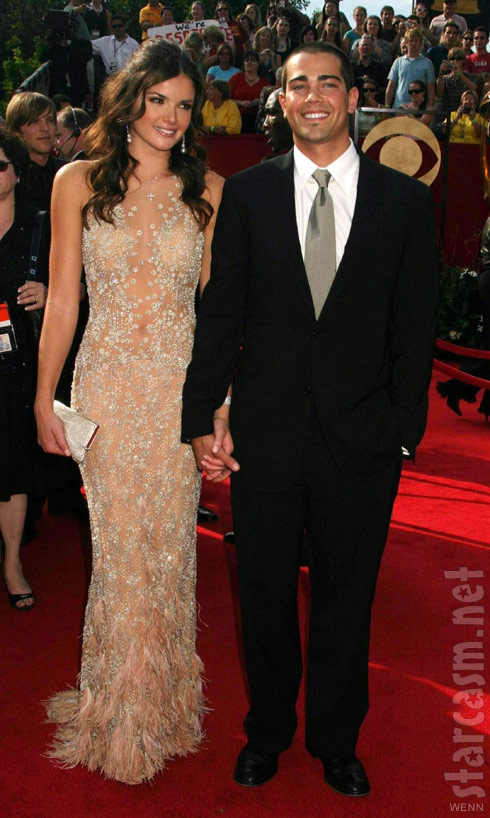 CLICK HERE for our profile of Courtney Robertson including some more background info as well as some mighty sexy modeling photos!

Say what you will about Courtney’s apparent desire to be in the spotlight via dating, but she looks absolutely gorgeous! I don’t know though, a professional model with a celebrity dating history is bound to ruffle some feathers in The Bachelor hen house dontcha think? Looking at this preview clip of the upcoming season, the answer seems to be a resounding “YESSIREE!”

(The Courtney Robertson as villain stuff starts right around the 1:20 mark, including a skinny dipping scene with Ben Flajnik!)

Oh boy! Maybe it’s something genetic about being a guy, but there’s something mighty sexy about a woman that riles up all the other women! (NOTE – That fetish wasn’t nearly enough to have me longing for Vienna Girardi.)

Oh, and it appears that the other gals in The Bachelor house aren’t the only ones upset at Courtney wooing of Ben Flajnik! According to Ryan Seacrest she “allegedly dumped her long-term boyfriend, and offered no explanation.” Ouch!

Anyhoo, here are some more pictures of two beautiful young people together wearing beautiful expensive clothes to help tide you over until the January 2 premiere of The Bachelor 16 on ABC: 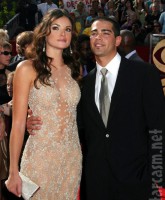 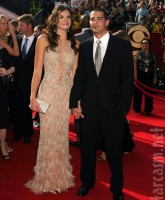 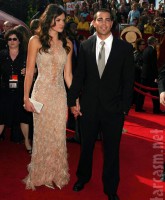 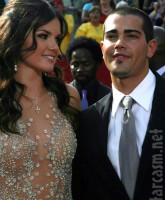 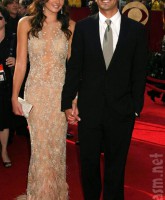 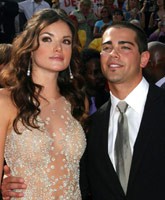 PHOTOS BIO Amber T from The Bachelor 16 with Ben Flajnik

PHOTOS BIO Erika Uhlig from The Bachelor 16 with Ben Flajnik