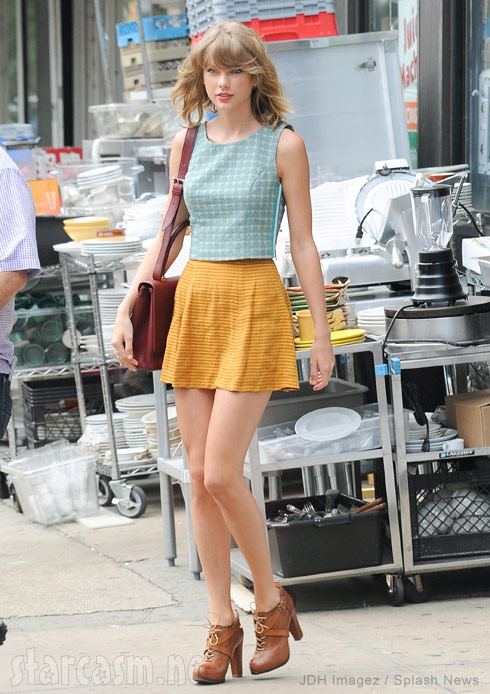 I don’t know why the internet feels obligated to keep coming up with new “Human Barbies” all the time when we’ve had the real thing in front of us for years! Check out the above photo of Taylor Swift leaving a gym in New York City earlier today and you’ll see exactly what I mean.

Still don’t see it? Maybe these side-by-side photos will help: 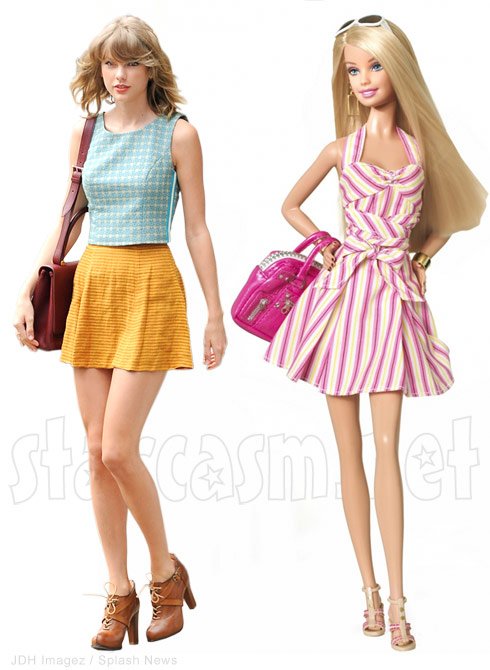 And not only does Taylor possess the Art Decotastic lithe figure (though not quite as anatomically impossible as Barbie) and trademark blonde hair, which most of the other human Barbies have as well, but Taylor’s also got the attitude and the Barbie lifestyle to go with it! And before that draws criticism from those who are fervently opposed to revering Barbie, let’s remember that Taylor has that glamorous lifestyle because she earned it with hard work and extraordinary talent!

Oh, and I should also point out that I do not think young girls (or grown women for that matter) should aspire to look like Barbie and/or Taylor Swift, and we here at Starcasm have always promoted diversity when it comes to toys and self image — and I’m not just talking about race, but also body types, handicaps, non-gender-biased occupations, etc.

Here’s another look at Taylor in New York City from July in which she is workin’ those East Village Taylor Doll accessories!