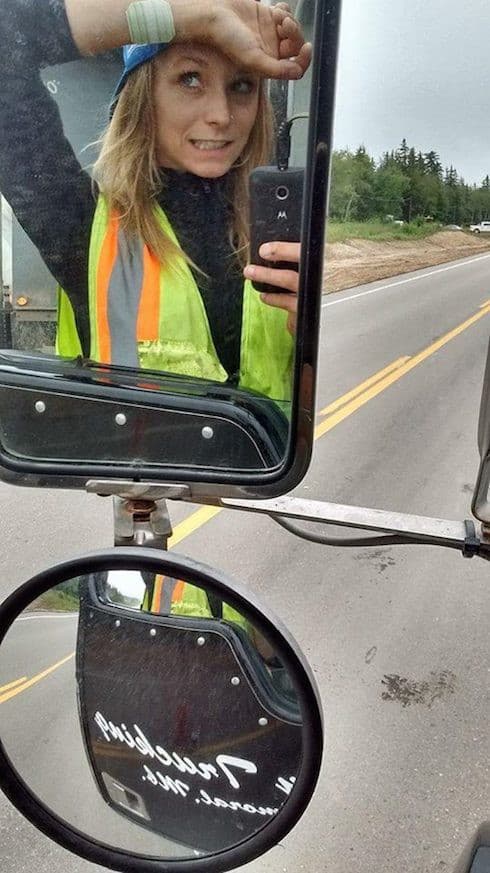 The Steph Custance Ice Road Truckers Season 10 cast bio presents an intriguing new development for the show–particularly given the tragedy of Darrell Ward’s recent death in a freak plane crash. Steph is only the second woman among the show’s current cast–and, at 22 years old, she’s by far the youngest. Who is Steph Custace? How did she become a trucker? And is she ready for the spotlight’s harsh glare?

Given her young age, it’s perhaps unsurprising that Steph actually has less than a year of commercial driving experience. As viewers saw during her debut episode, she happened to be in the right place when Polar boss Mark Kohaykewych found himself in dire need of new drivers. While Steph didn’t completely ace her driving test, as David Hollis of Trucker News put it, she “did well enough to at least get a foot in the cab”–and become the 26th member of the Ice Road Truckers cast during the show’s decade on the air. 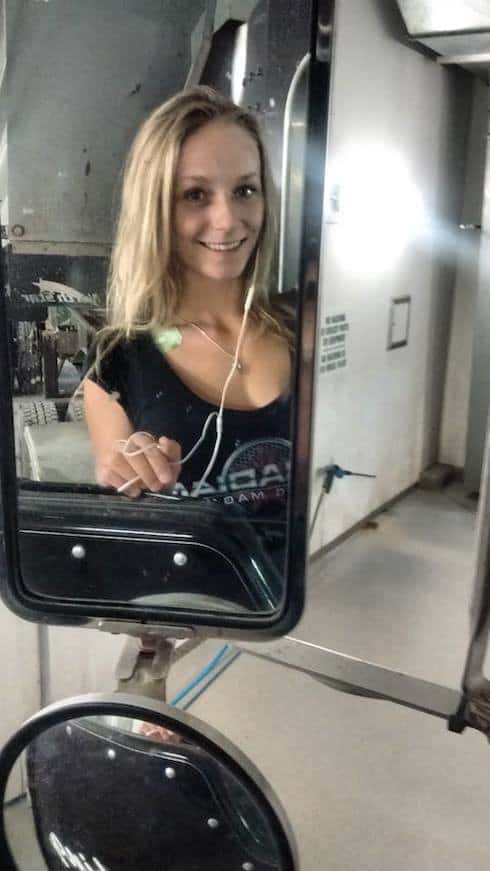 Steph’s first major interview in conjunction with her new role on IRT actually took place several months ago–well after she’d been cast on the show, but just as well before the 10th season was set to air. The June 6th episode of Chrome & Steel Radio got the first word with Steph, who was happy to talk a little bit about how she came to her line of work. “When I was young,” Steph explained, “my mom dated a trucker, and the first time I was in a truck I was probably three or four years old….[Later on] I learned how to drive, and then they put me on TV for it. [Laughs] I’m very comfortable in the trucking industry.” Steph also credited her boss for teaching how to deal with men in the industry.

As for how the Steph Custance Ice Road Truckers Season 10 cast connection came about? According to Steph, the whole thing was a little bit of chance, and a little bit of luck:

I was with the guys at work; one of my guys at work took me to a boxing match last summer, and we were having some beers, and I had to quit drinking because I was driving…I mentioned I had a Class 1 [driver’s license], and my friend happened to know somebody who knew somebody [who worked for Ice Road Truckers] and he was like ‘No way! You’re a Class 1?’ [So] I drove for him, and sent him some pictures of me fishing–I didn’t know exactly what they wanted, but I guess I gave it to ’em…these guys started callin’ me, and they were like, ‘You made it on the show!’ And I was like, ‘No sh!t?’ [Laughs]

(Click here to listen to Steph Custance’s interview with Chrome & Steel Radio in its entirety.)

As Steph’s official History bio notes, she is a single mother. And, though she’s active on Facebook, she keeps the details of her personal life very close to the chest–so we don’t yet know her son’s name, but we can confirm that he is indeed adorable, as evidenced by just a couple of the many photos she’s shared:

–and with a nice shot of the entire Ice Road Truckers Season 10 cast, taken just a few weeks ago:

In addition, here’s one of several tributes to Darrell Ward that Steph shared following news of his shocking death:

You can follow Steph Custance on Facebook here. And you can follow along with her Ice Road Truckers adventures as Season 10 continues airing Thursday nights on History.