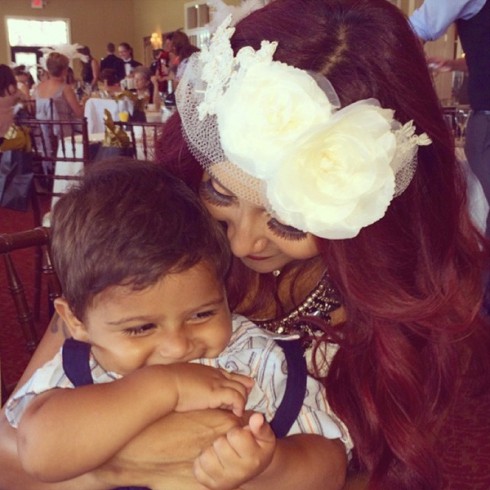 With her wedding date creeping ever closer, Snooki took some time to celebrate with a Great Gatsby-themed bridal shower in her hometown last weekend.

“I had everyone come in Gatsby themed outfits. I wanted it to be fun and for everyone to get their drink on,” she explained on her blog. “It looked like it was the 1920′s and I got great stuff for my house.” 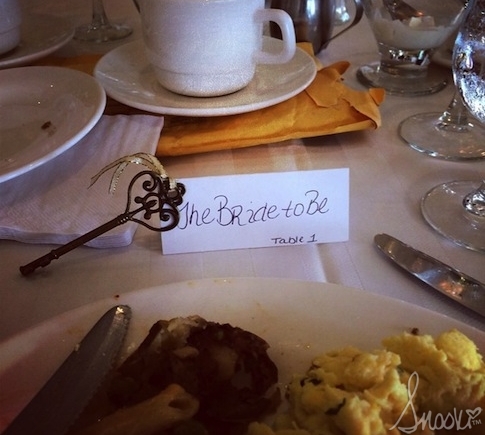 It’s a good thing the shower was a success, because guests will revisit the theme for Snooki and Jionni LaValle’s Great Gatsby-inspired wedding. As with last weekend’s get-together, Snooki said she hopes her upcoming nuptials will be enjoyable for everyone involved.

“I don’t like things that are so classy,” said the expectant mother. “I want my wedding to be traditional but not to the point where we are scared to have fun.”

Son Lorenzo also got to do a trial run for his role at her wedding by serving as a ring bearer for one of Snooki’s friends last Friday. 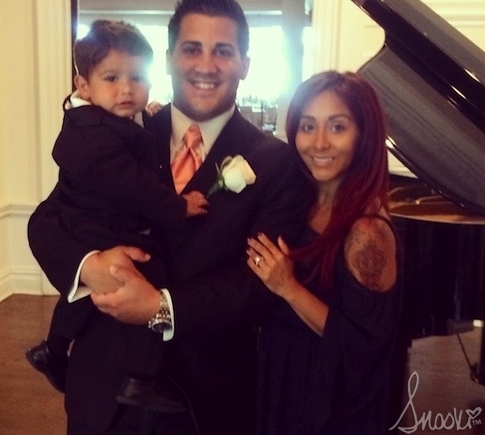 Although he looked absolutely adorable in his little tuxedo, Snooki said Lorenzo wasn’t a happy camper.

“He wasn’t having it. He’s about to turn two soon so he’s in that stage where he is like ‘get away from me, I’m gonna do what I want,'” she said, explaining it took a full hour to even get him in the tux. “Then he had to walk down the aisle, which didn’t happen. Hopefully for my wedding he will cooperate more! It was kind of a disaster.”

Fortunately there’s still a little bit of time for Lorenzo to practice before his parents tie the knot at the Venetian Palace Banquet Hall in New Jersey this October. Snooki is due to give birth to a baby girl shortly before that.