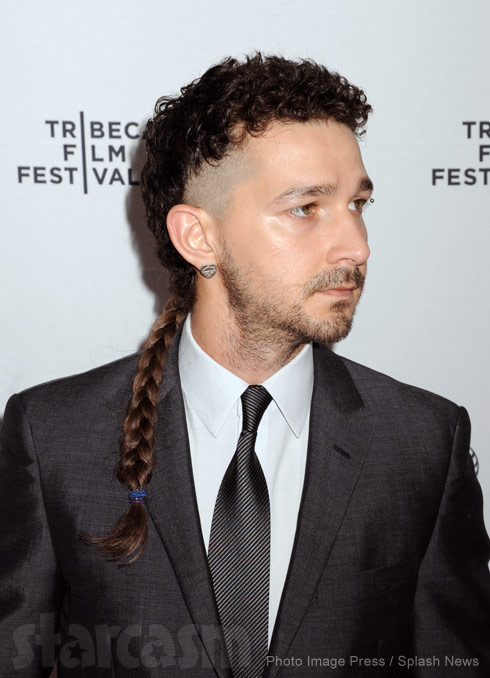 Actor Shia LaBeouf showed off his rather remarkable new hairdo at the Tribeca Film Festival premiere of the documentary Love True. Shia has reportedly been working on perfecting the hairstyle for weeks, and the end result is essentially a braided curly mullet with shaved sides. The term “rat tail” is being used to describe the look, but in my opinion there is too much hair in that braid to qualify it as a real rat tail — it’s more of a cat tail or a raccoon tail. The latter seems to fit another common nickname for the look: The Davy Crockett. 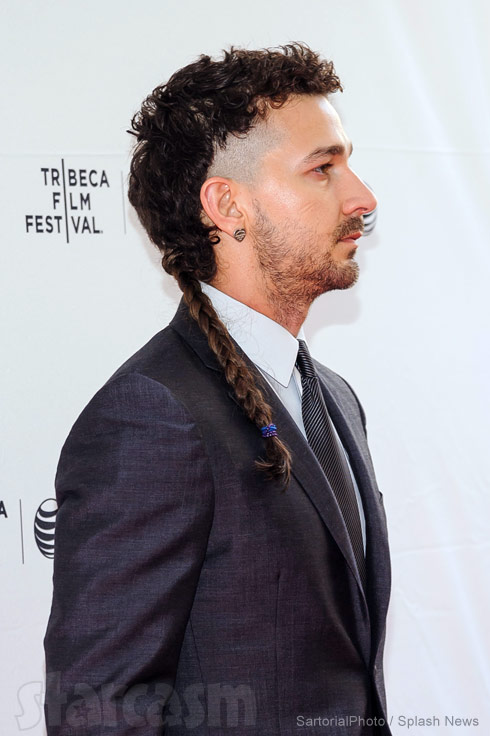 Is anybody else getting a coin-worthy vibe here? Perhaps the US Treasury should consider minting a Shia LaBeoufalo nickel! 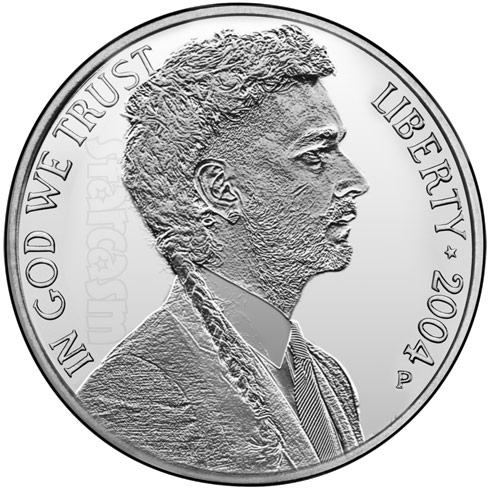