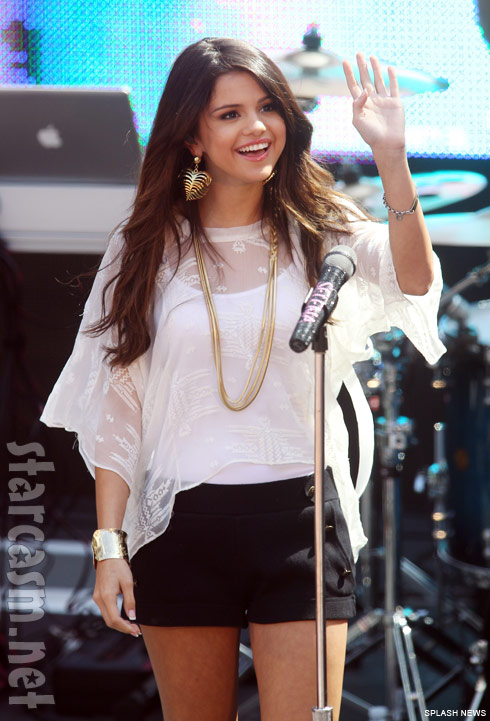 Just a few days after being rushed to the hospital with nausea and severe headaches, Selena Gomez was back on the stage! The 18-year-old singer looked better than just “well” as she performed at Santa Monica Place Mall in Santa Monica, California – an appearance she was originally scheduled to perform on Friday night but was forced to postpone due to her illness. 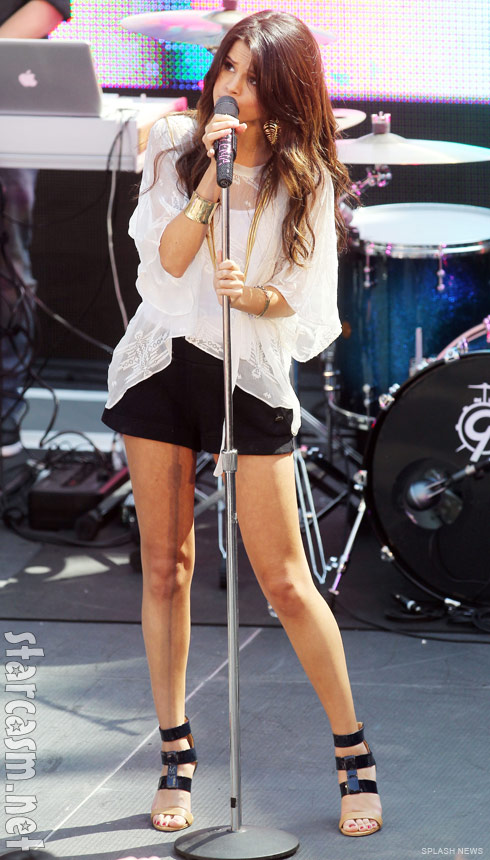 The appearance may have been just what the doctor ordered for Selena because it wasn’t a full set (she only performed two songs) and because she got to spend some one on one time with her fans signing posters – which must have been a massive spirit lifter!

Congratulations to Selena for making a speedy recovery – hopefully the blood pressure issues that led to her illness are behind her now.