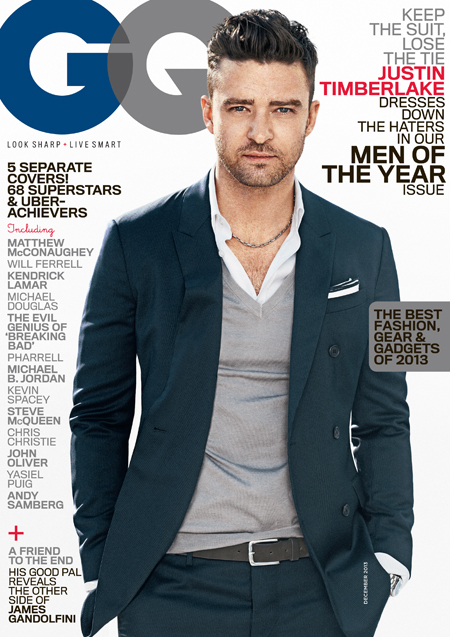 What a lovely treat to wake up to! After teasing the cover stars for the past few days, GQ Magazine officially rolled out its 2013’s Men of the Year images: Justin Timberlake, Matthew McConaughey, Will Ferrell/Ron Burgundy, Kendrick Lamar and the late James Gandolfini. 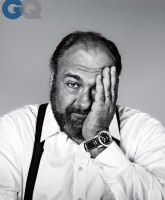 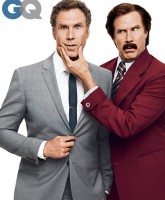 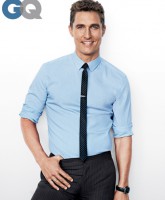 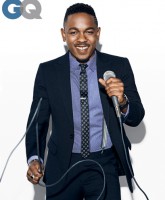 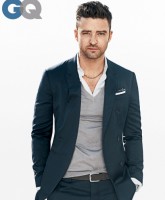 Justin Timberlake took the year’s top honor, #Hashtag of the Year. And he’s certainly deserving — not just because of his successes, but because of the example he set in the face of (relative) failures. 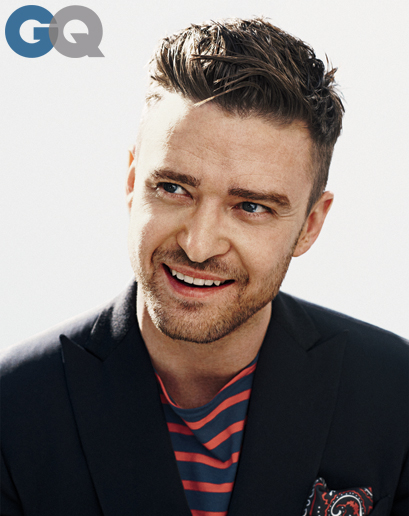 “I don’t see myself as someone who’s ever going to be defined by one moment,” he said during a feature interview with GQ. “It’s on to the next.”

With 2013 including accomplishments ranging from performing at the White House to getting an Emmy nomination for his fifth time hosting Saturday Night Live to starring alongside Ben Affleck in Runner Runner, Justin never had much time to spare before he was “on to the next.”

“I’ve made a career out of doing things that I should not be doing. I wasn’t cool about it,” he said. “Because being cool would have meant I passed up on those opportunities. If you do that, it’s because you’re afraid. And what are you afraid of? You know?”

Everything Zen – Gavin Rossdale shirtless at the beach