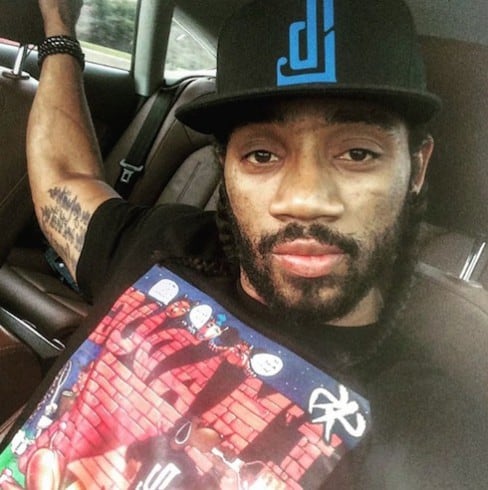 Love and Hip Hop Atlanta‘s Joseline Hernandez raised many a viewer’s eyebrows last week, when she claimed the existence of another Scrapp DeLeon girlfriend beyond Tommie and Tiarra. Now, it looks like Joseline might have been telling the truth: a new report by The Gossip Twins claims to have discovered the baby mama for the newborn who keeps showing up on Scrapp’s social media pages. 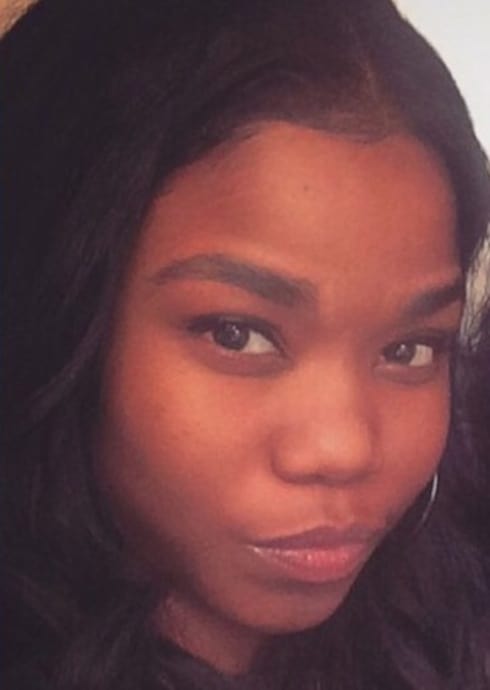 Allegedly, the trail back to Joseline looks like this: Scrapp’s live-in girlfriend is apparently named Erica (picture directly above). Her mother, noted Atlanta stylist Gail Hudson, does Joseline’s hair. So, when Joseline told the LHHATL cameras that about a secret Scrapp DeLeon girlfriend, she based her words on her connection with Gail, who may or may not keep Joseline in the loop about the doins in the DeLeon household.

The report further alleges that Erica is Scrapp’s live-in girlfriend, and has been for some time–at least since becoming pregnant over a year and a half ago. (Scrapp’s son Akil is eight months old.)

It’s not currently clear when–or where–Tommie came into the picture, or what Tia Becca has to say about all of this. Given VH1’s response to the viral montage of Tommie’s mugshots from a few weeks back, though, it wouldn’t be surprising if future LHHATL episodes (or web exclusives) address the rumors.

Here’s a photo gallery of Scrapp with his newest son, taken straight from his Instagram page: 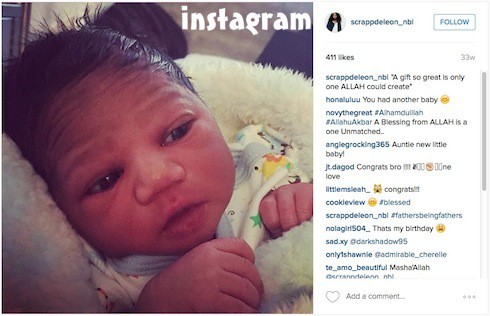 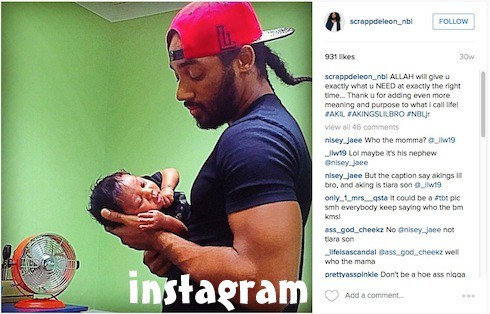 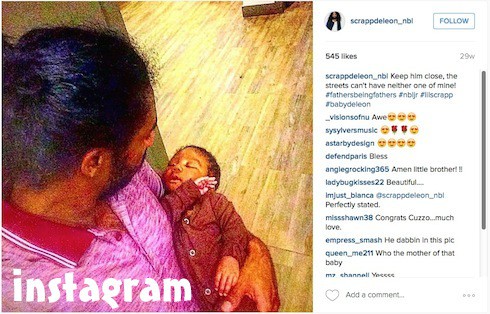 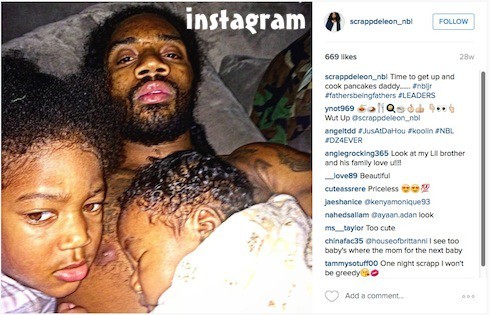 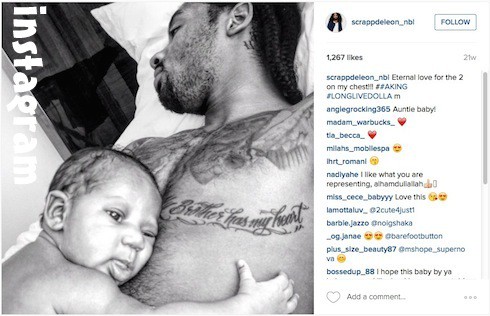 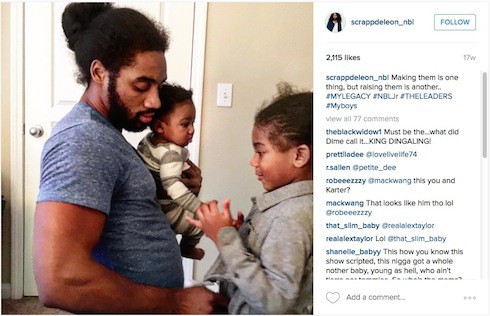