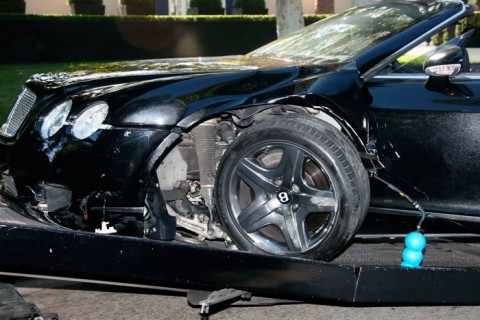 Here are photos of the $200,000 Bentley Continental GTC wrecked by Rod Stewart’s son Sean Stewart this afternoon on Sunset Blvd. in Hollywood. The car smashed into a curb, damaging the left front of the vehicle and making it undriveable.

The tow truck driver on the scene confirms the driver was Sean Stewart, who is a “recovering” substance abuser, and says Stewart left when a friend as soon as the he arrived to pick up the car.

TMZ reports the car was a rental from Beverly Hills Rent A Car, who charges $2500 a day for the luxury ride. They also say the rental company doesn’t provide coverage for their super-expensive models so ol’ Sean better hope people are still downloading daddy’s “Forver Young” and “Do Ya Think I’m sexy!” 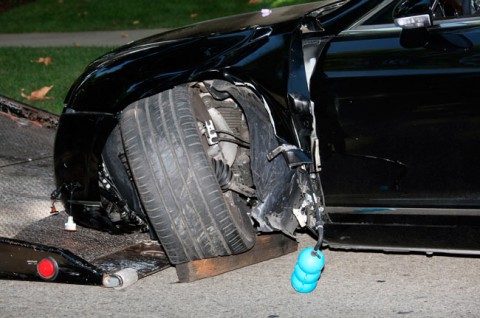