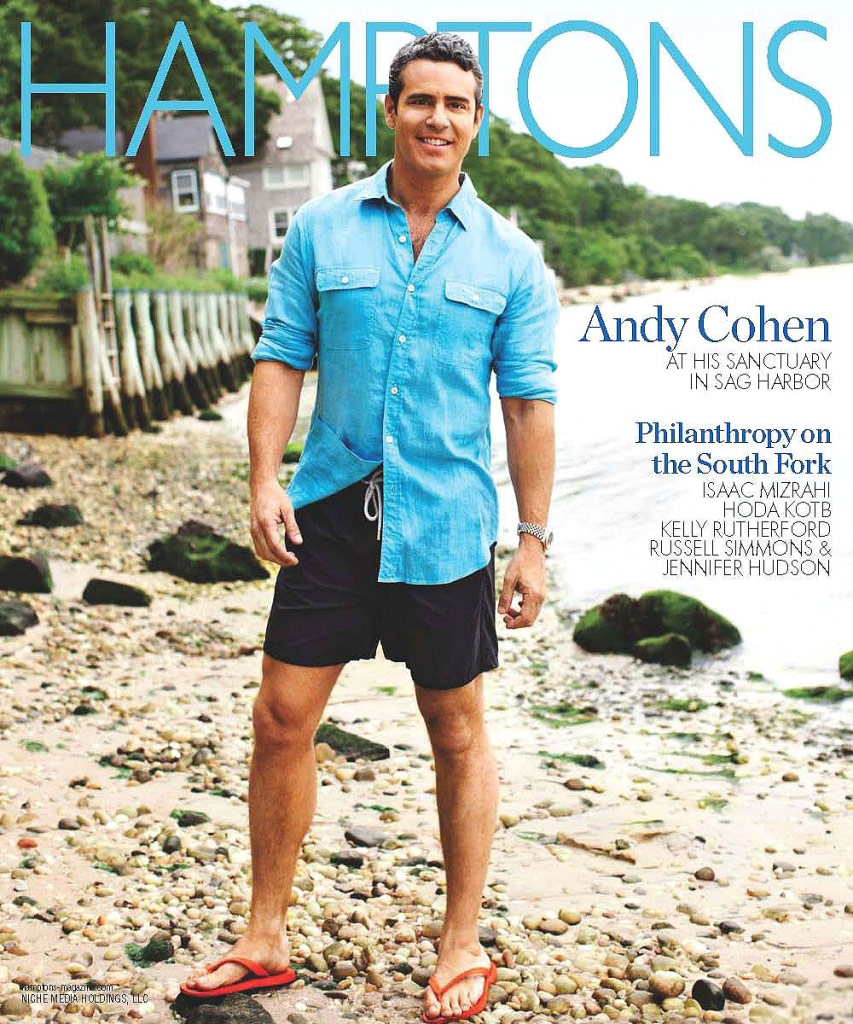 Life just keeps getting better for Bravo executive producer and Watch What Happens: Live! host Andy Cohen! On the same day that it was announced he had signed a book deal with Henry Holt publishing the exuberant joy spreader was the guest of honor at a party celebrating his cover story in the latest issue of Hamptons magazine! (Click the photo above for a larger image)

Here’s Andy with Andy making one of his innumerable funny facial expressions: 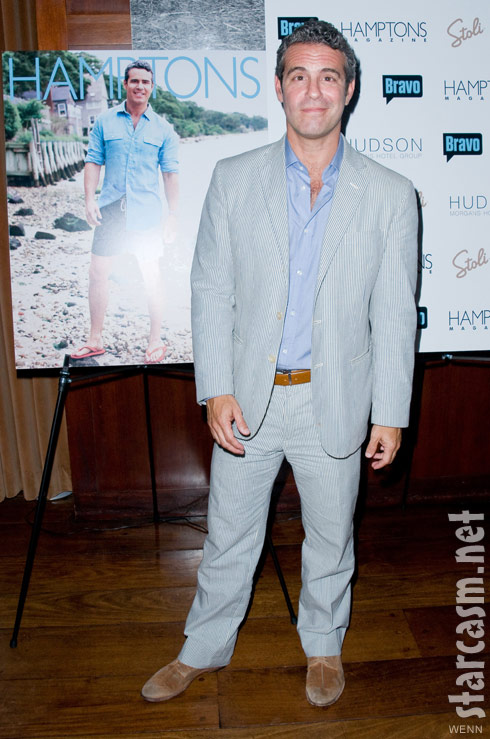 Inside the magazine Andy is interviewed by WWHL favorite (and Mr. Kelly Rippa) Mark Consuelos, and during the interview Andy addresses having to juggle being an executive and a host of his own show:

I find my day job more challenging than my hosting job; I find that just a pleasure. I feel like I am hanging out with people that I know or have wanted to know, and everybody is invited to my party. And I love throwing parties. My day job is complex and complicated, and although I feel like I am good at producing television, it is challenging.

Throughout the magazine Andy poses for numerous handsome Andy pics in and around his Hamptons sanctuary in Sag Harbor looking quite mazelous: 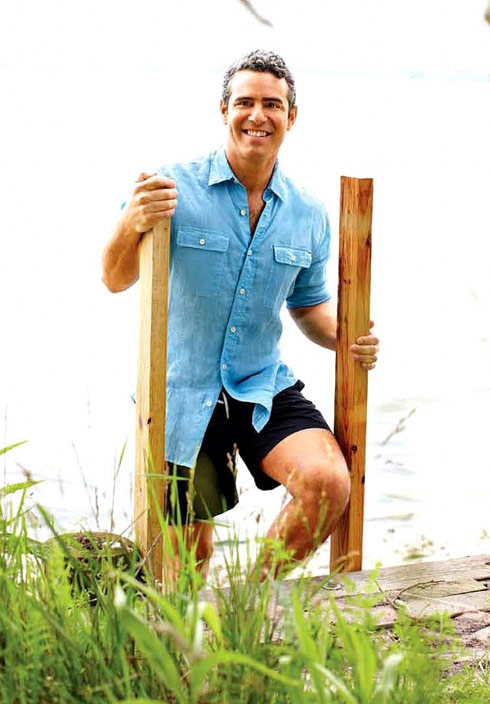 (CLICK HERE to see more photos from the article!)

And don’t think for a second Mark Consuelos let Andy off the hook by not asking him about the Real Housewives! Answering a question I’m sure he gets all the time, Andy revealed his favorite housewife is… (HINT: She’s not an official housewife)

Mama Elsa! As usual, we’ll have to agree with you, Andy!

And what about Bethenny’s success? Did he see that coming?

You know, Bethenny didn’t surprise me because I think she is so driven, but Teresa (Giudice) has a New York Times best-selling cookbook called Skinny Italian, and she has another one called Fabulicious. She really took me by surprise. Give it up for Teresa.

The Hamptons magazine cover party was held at the Hudson Hotel in New York City and of course there were a number of Real Housewives in attendance to show support for their one and only gaytriarch! So who all was there? Let’s see… 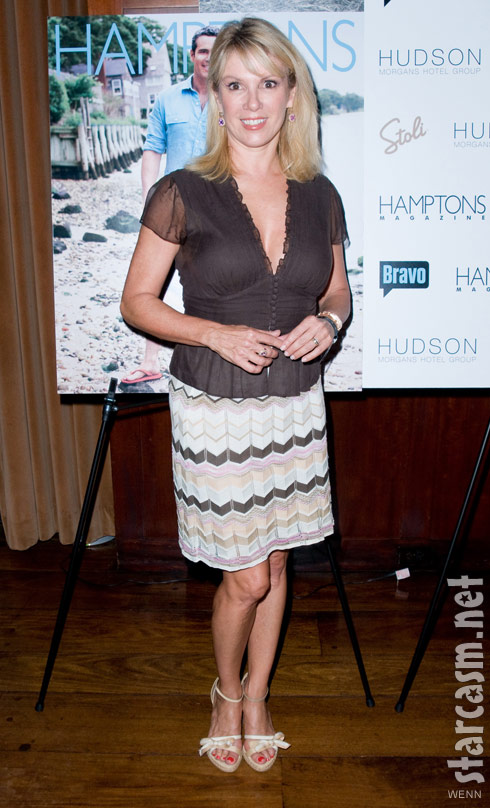 Ramona Singer! Of course Ramona made the short trip, somehow managing to shuffle her manic Pinot Grigio marketing tour to fit it in. (I think she needs to branch out from wine and start selling Ramohitos. Whattya think?) 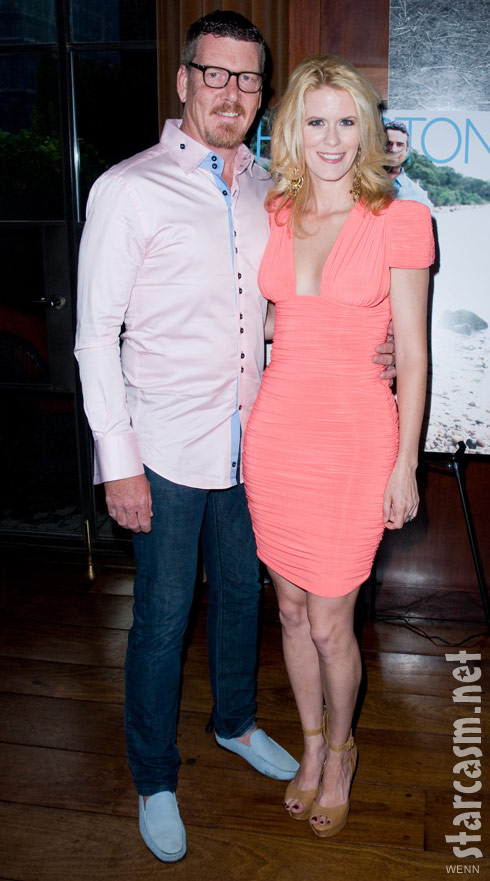 Alex McCord and Simon Van Kempen in the house! Two more Big Apple Housewives in the Hamptons house! Simon demonstrated his infamous flair for making bold fashion statements by sporting a pair of powder blue loafers (I can hear Carl Perkins singing now…) while Alex looked absolutely peachy in a form-fitting number that deserves another look: 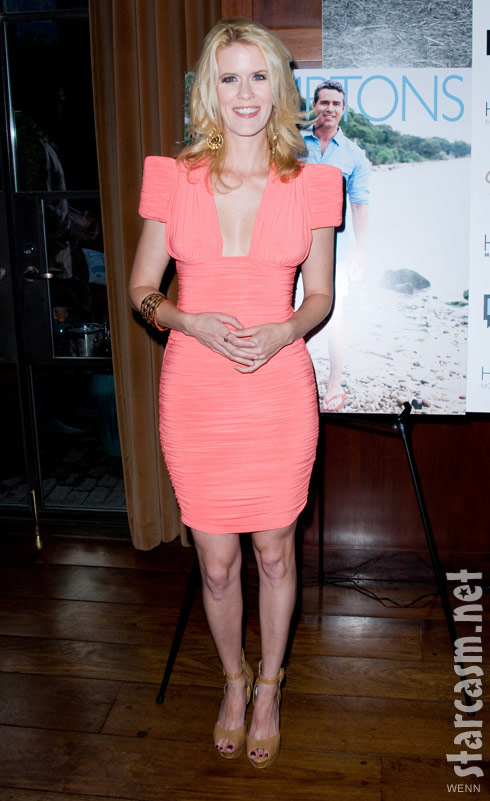 Talk about having an angel on your shoulder! (Andygel? Hmmmm… that doesn’t really work.) 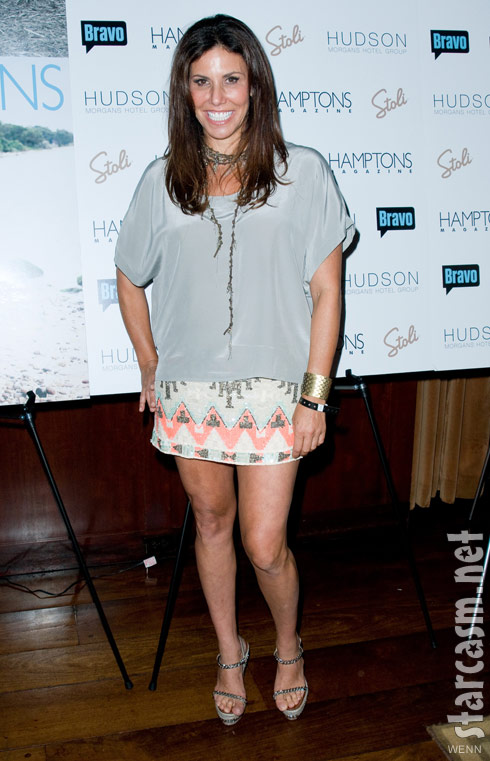 Rounding out the Big Apple contingent is none other than Cindy Barshop, who brought her bright smile and I’m sure all sorts of sparkly naughty bits! (Where was Jill?!?) Ramona and Cindy even teamed up to form the steamy buns on an Andy Cohen sandwich – or should that be Andywich? 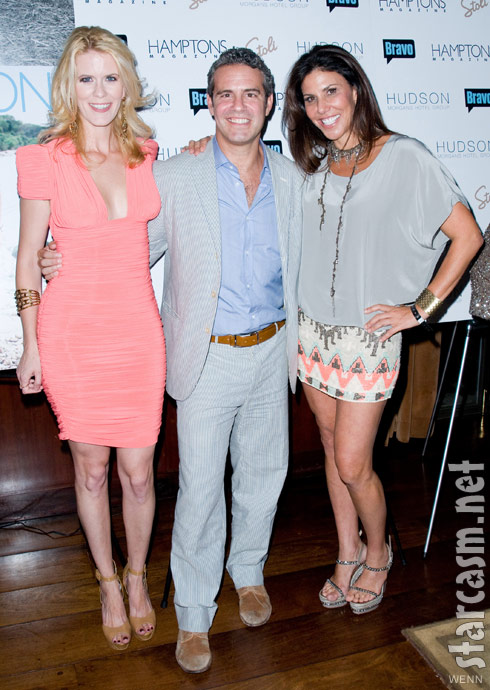 Surprisingly there was only one other city representin’ at the Hampton shin diggery beside New York. And just by saying “city” you should realize it was neither Orange County or New Jersey! And no, Mama Elsa didn’t make the epic Miami-to-New-York trip again. Oh, and I think the ladies from Atlanta are still in South Africa. So who does that leave? You guessed it…

The Hills were definitely in the house as arguably the three biggest stars from Bravo’s youngest RH sibling flew across the country to show AC some love! Actually, the biggest star of the show wasn’t in attendance, but his owner was! 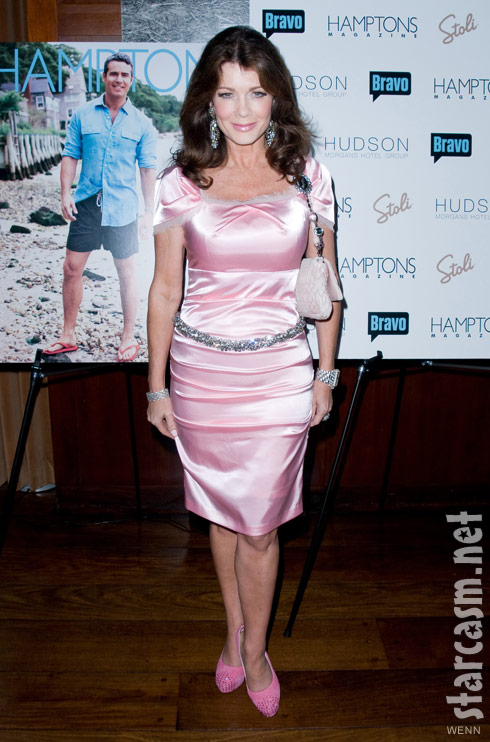 Lisa Vanderpump y’all! As I mentioned, superstar canine Giggy wasn’t able to make the trip – and he was none to happy about it, either! He shared his thoughts via Twitter prior to the party:

So who else made the cross-country journey? 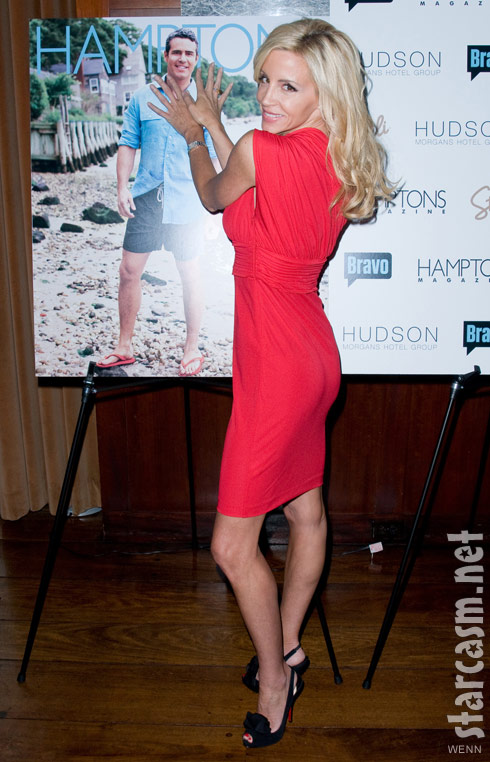 Camille Grammer! I’m really, really looking forward to season 2 and hopefully getting to see a side of Camille that is a little more pleasing. (That’s what she promises!) Although I suppose it could be said she revealed her most pleasing sides numerous times almost two decades ago in the pages of Playboy 😉 (Oh, and there’s a part 2) 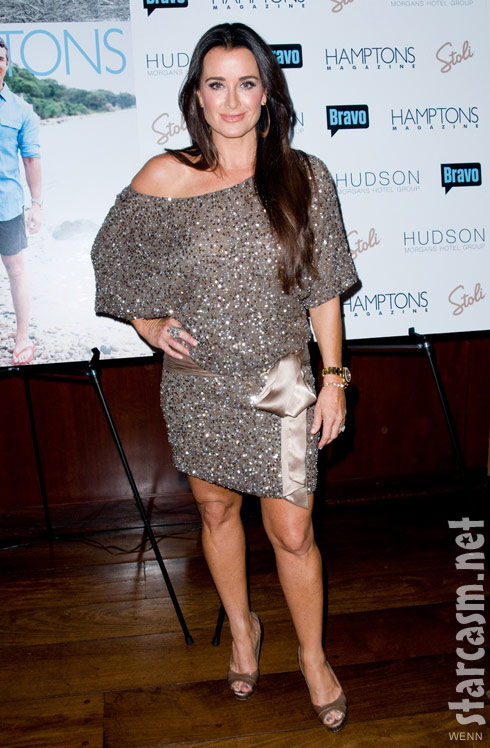 Kyle Richards! And unlike Lisa, Kyle did bring her handsome sidekick, Mmmmmmmmmmmmmmauricio! 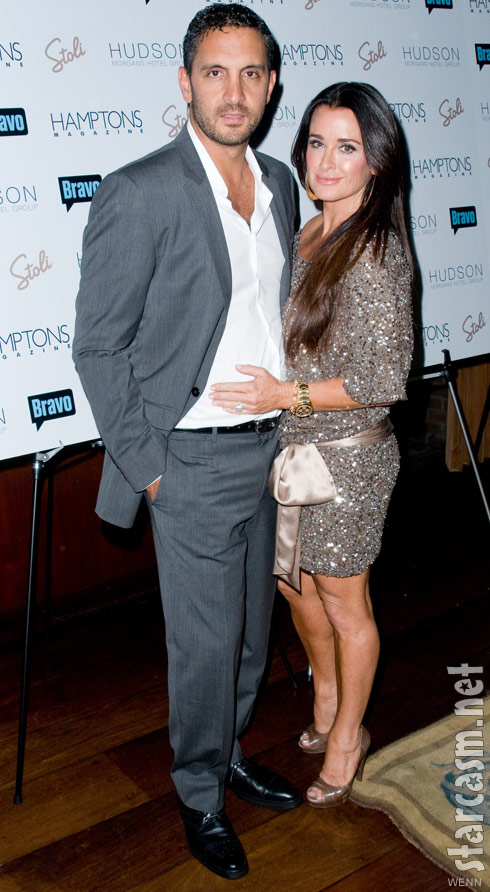 Is there a yummier hubby in all of Real Housewifedom than Mauricio Umansky?!? (I secretly have eyes for Ken Todd, but we’re just talking “yummy” here so I have to give Mauricio his due.)

Man, why didn’t starcasm get invited to this party? I can’t imagine a much funner evening than hanging out with this multi-city crossover Housewives event with moderator (and guest of honor) Andy Cohen! Actually, this would be a pretty great show don’t you think? 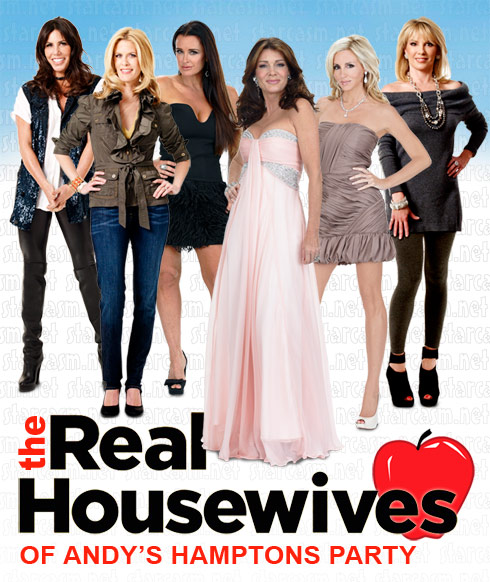 I’d watch the buhjabbers out of that!