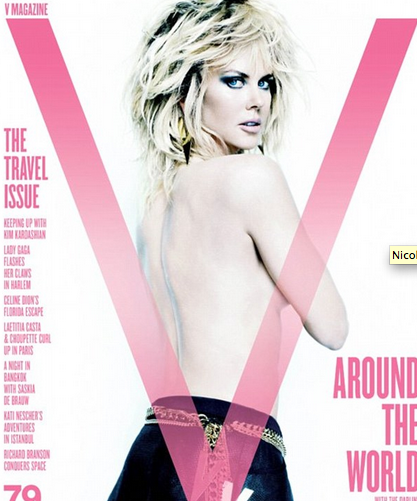 As Tom Cruise’s divorce became finalized today, his other famous ex-wife seriously vamped up for the cover of V. In the cheeky spread the 45-year-old Australian actress rocked one of my favorite shortest skirts of all time. Like. Ever.

The shoot is part of V’s travel issue and I know where my first down under tourist destination would be. Anywho, she participated in the spread to promote her film The Paperboy, co-starring Zac Efron and Matthew McConaughey.

Nicole talked up her husband Keith Urban and her kids with V:

“I rented this beautiful house on the beach. I thought, We’ll go and swim in the ocean and just get lost in each other. So we go down, just us, and I’m like, ‘We really should bring the kids.’ And then the kids come down and the whole dynamic changes. Another time, we got one night, and then we were both in tears. It was ridiculous. But time is so precious and I love the sound of them and the feel of them. I just don’t want to miss anything, and I don’t want them to go ‘Where’s my mom?’ So I’m working through that.”

Yeah I know it’s photoshopped and what not but man I don’t care – Nicole looks freaking fantastic. Here is a behind-behind-the-scenes clip from the shoot featuring photographer Mario Testino.

On top of melting faces with that steamy cover, Nicole is being honored this year at the New York Film Festival. Festival director Richard Pena said:

“Nicole Kidman is one of film’s finest contemporary actresses. Since her breakthrough performance in To Die For and her bold and provocative appearances in Lars Von Trier’s Dogville, Stanley Kubrick’s Eyes Wide Shut, and as Virginia Woolf in Stephen Daldry’s The Hours, Kidman has insisted on finding roles that are complex, bold and demanding. We are excited to honour her with a tribute at the New York Film Festival.” 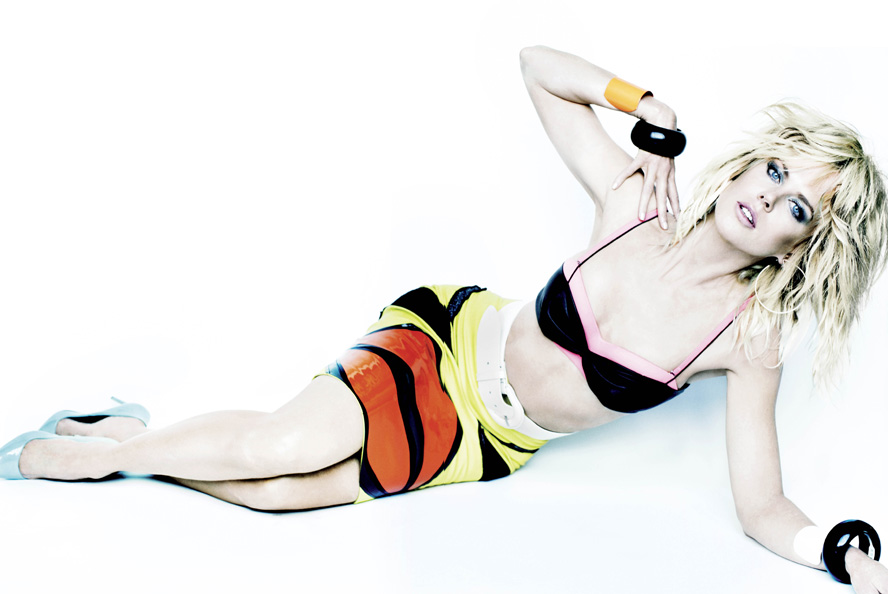 Bravo to Nicole on a great career and for continuing to push the envelope and the “super hot” button too. If you like what ya’ see I encourage you to check out the great piece and gallery via V here.

PHOTOS True Detective: The Rust Cohle police files from his shooting in Texas