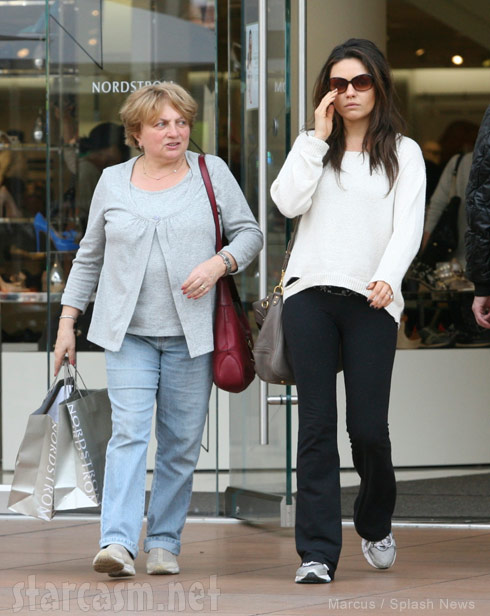 Numerous sources are reporting that Mila Kunis and her former That ’70s Show co-star Ashton Kutcher are engaged, and Mila seemed to confirm the reports by stepping out Thursday with a rather impressive ring on her left ring finger! 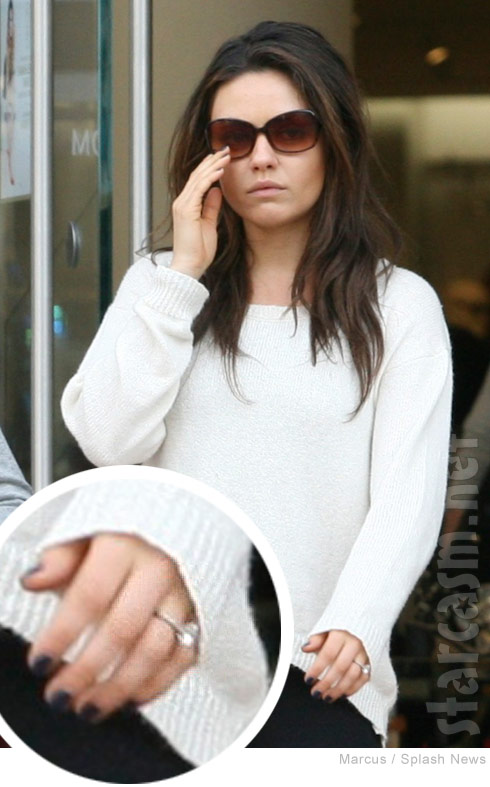 Mila was spotted wearing what is assumed to be an engagement ring while out shopping with her mom in West Hollywood.

Ashton and Mila, who famously had an on-screen romance as Jackie and Kelso, began dating two years ago. The marriage would be the first for the Ukranian-born Mila Kunis, 30, and the second for Ashton Kutcher, 36, who was famously married to Demi Moore from 2005 until 2012, although the last year of that was spent separated (and in the tabloid headlines).

So far there has been no official confirmation from Mila or Ashton.