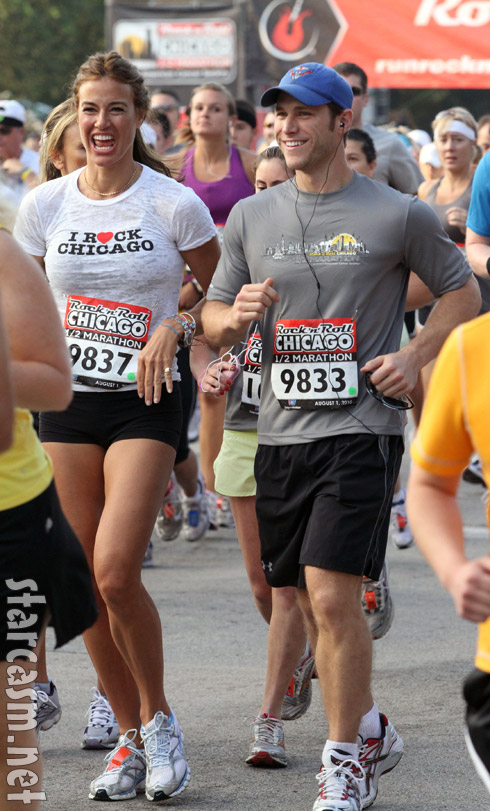 Love works in mysterious ways! The Bachelor‘s Jake Pavelka and Real Housewives of New York City‘s Kelly Bensimon are both rebounding from relationships in which there was a lot of systematic bullying and fate placed them together in Chicago for the Rock ‘n’ Roll Chicago Half Marathon on August 1, 2010. Are those wedding bells I hear?

Kelly and Jake ran together and were able to keep up quite a fast pace – Kelly running on the adrenaline that comes from being completely loopy and Jake seemed even lighter in his loafers than usual thanks to unloading the heavy burden that was Vienna Girardi. 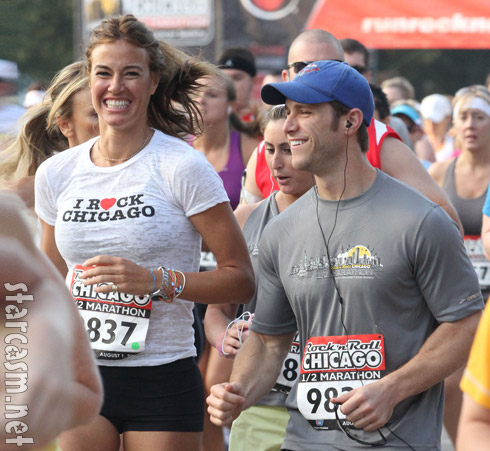 We know Jake Pavelka has a soft spot for crazy blonds and is in desperate need to stay in front of a camera, so perhaps he is vying for a shot to star opposite Simon Van Camp as one of the flamboyant metrosexuals on The Big Apple Housewives? And Kelly is definitely flighty, so perhaps a pilot would be right up her alley!

Or maybe they were just randomly running next to each other.

PHOTO Taylor Swift and Jake Gyllenhaal together in Nashville