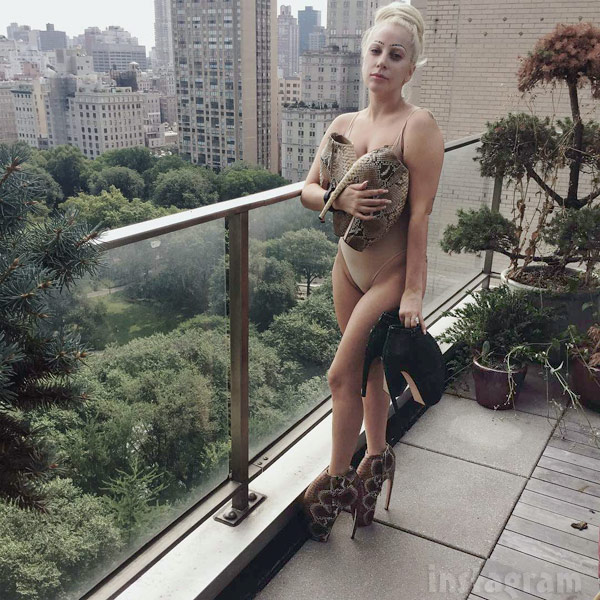 So, what’s the perfect gift for that special worldwide pop superstar in your life? How about three pairs of Alexander McQueen armadillo boots worth nearly $300,000? That seemed to work for Taylor Kinney, who purchased the iconic footwear for his fiancé Lady Gaga, who famously wore one of the pairs to the 2010 MTV Video Music Awards.

Lady Gaga shared a series of photos on Instagram of the boots, including the one above, but it was initially unclear where they had come from. “Long Live McQueen,” Gaga captioned the photo above, in which she can be seen wearing one pair and holding the other two. “Look monsters, we got a sign of love from the beyond. ?. Photo by the babes.”

Here’s a zoomed and cropped shot where you can see the footwear a little better:

Prior to that picture, Gaga shared this next image putting on one of the pairs of boots along with a caption that seemed to hint at their provenance: 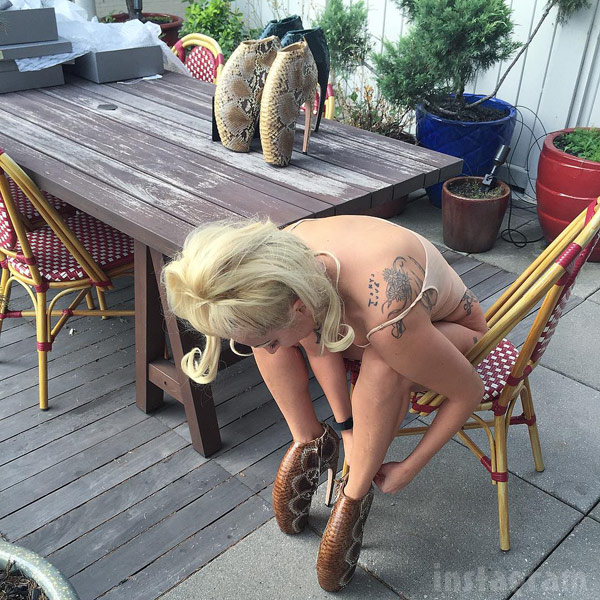 “When a gift comes to you from Heaven,” Gaga wrote, adding, “photo by Taylor Kinney best fiancée ever.”

There aren’t very many pairs of McQueen’s iconic boots made available for purchase, so it was pretty easy to track these three down. Christie’s New York auctioned them off last week as part of a UNICEF fund raiser, with the combine purchase price being $295,000. (Christie’s did not reveal the prices for the individual pairs.)

Here are photos of each pair from AlexanderMcQueen.com: 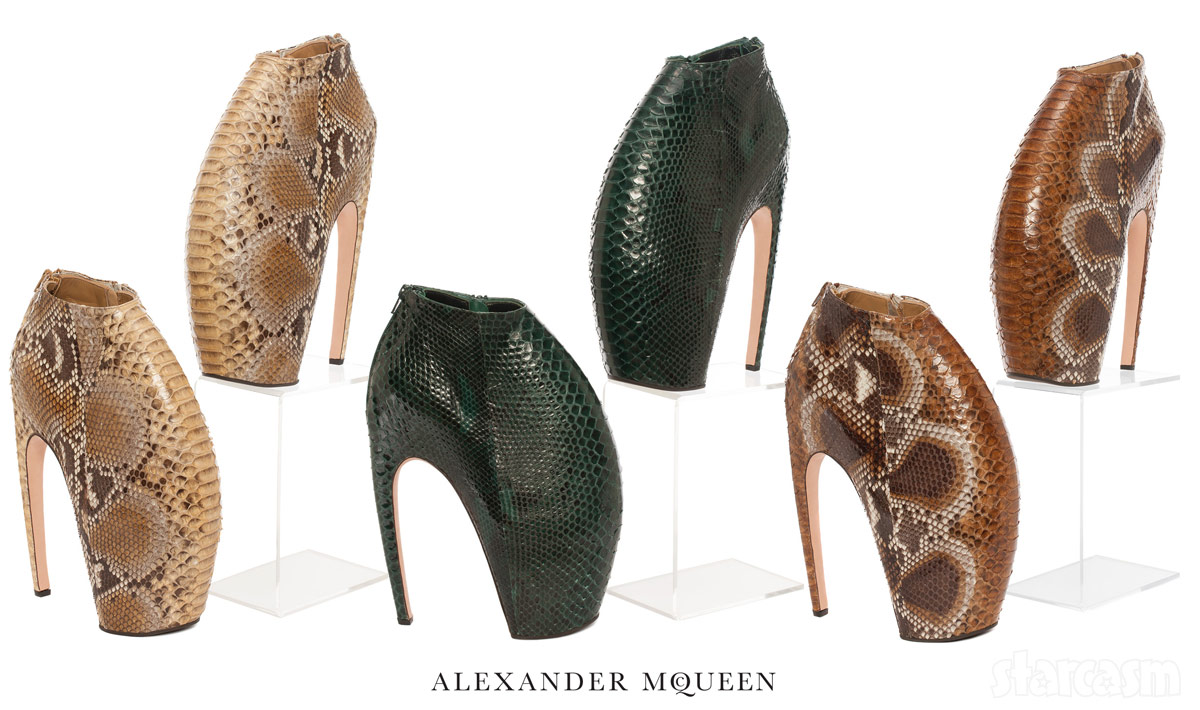 When the auctions were announced earlier this month, they were estimated to fetch $10,000 to $15,000 each. It seems they did a bit better than that.

Being a recovering eBayholic, I know what an extremely high final price means: There were at least two people who REALLY, REALLY, REALLY wanted these, and only one of them is happy. In other words, there were apparently bidders willing to pay in the neighborhood of $90,000 for pairs of boots estimated to bring in $10-$15,000 who walked away from the auction empty handed.

In other other words, congratulations Lady Gaga! If anybody deserves those boots, it’s you!!! No one loves Alexander McQueen more, or has made more people aware of his genius, than Lady Gaga. She has literally walked a mile in his shoes.

Here she is wearing a pair of the Alexander McQueen armadillo boots to the MTV VMAs in 2010: 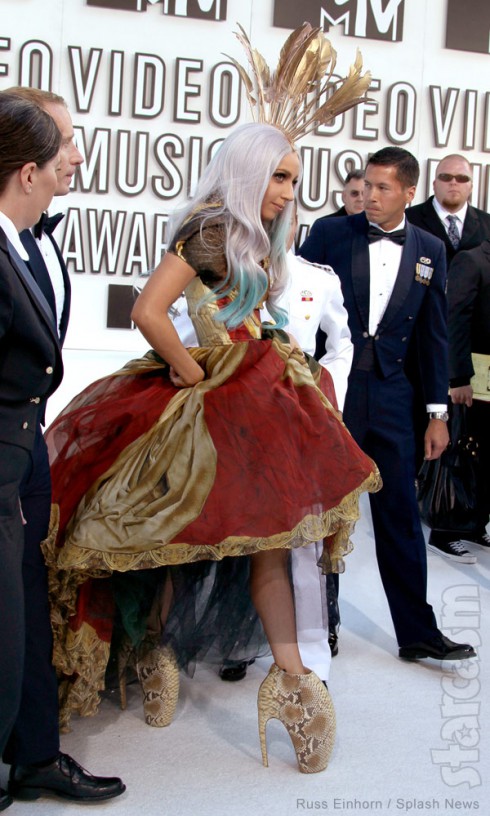 It’s hard to draw attention away from an ensemble outfit like that, but I remember when those photos first hit the wire and I was absolutely mesmerized by the shoes! Just amazing.

So where in the world does one keep three pairs of boots (OK, let’s be honest: three works of art that you wear on your feet) worth more than a quarter million? Apparently under a glass dome! If you have one handy, like Lady Gaga: 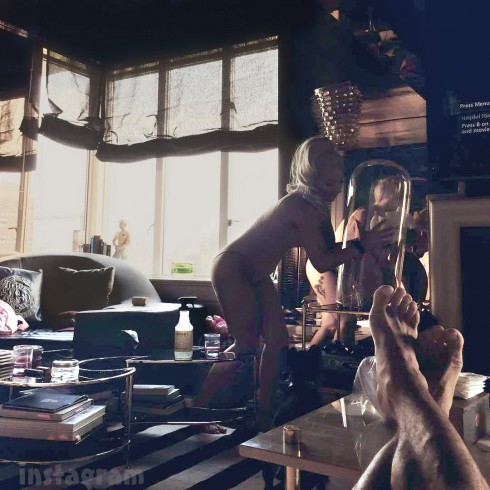 “And I just happened to have a glass dome laying around…” Gaga captioned the photo above. “So they can live protected and happy.” She then added another picture of the boots’ new dome home and wrote, “Shining up the glass sparkly and pretty, listening to Jazz, why a beautiful morning.” 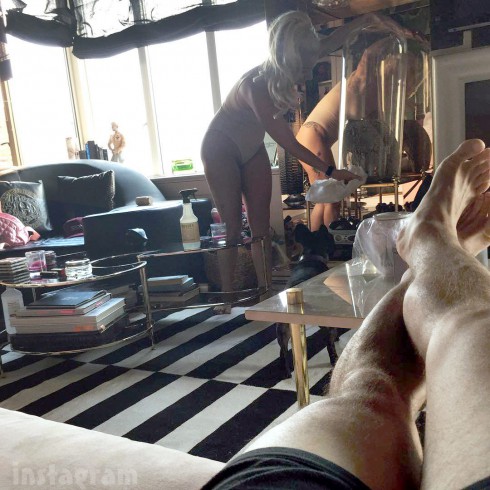 I know all we can see are Taylor Kinney’s feet, but I can just tell he has a HUGE, boastful smug smile – and deservedly so. Well played, Taylor — well played indeed.

Oh, but don’t think those utilitarian masterpieces are going to live forever under a dome! Gaga was quick to put them to work as she wore a pair of the boots during her guest performance with U2 on Sunday! Here’s a clip:

* It should be noted that it hasn’t been confirmed that Taylor purchased the boots. I think most media outlets reporting on the story (including us) are making assumptions based on what Lady Gaga wrote.

VIDEO Lady Gaga and Madonna on SNL wrestling in lingerie!