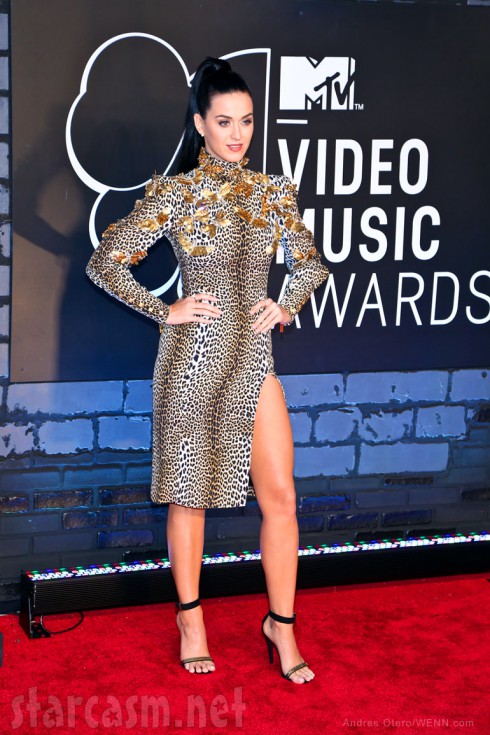 Katy Perry is reportedly closing out tonight’s MTV Video Music Awards with a performance of her new single “Roar” from underneath the Brooklyn Bridge, but before doing that Katy roared on the the red carpet in a long-sleeve Emanuel Ungaro leopard print dress complete with a “Roar” grill! 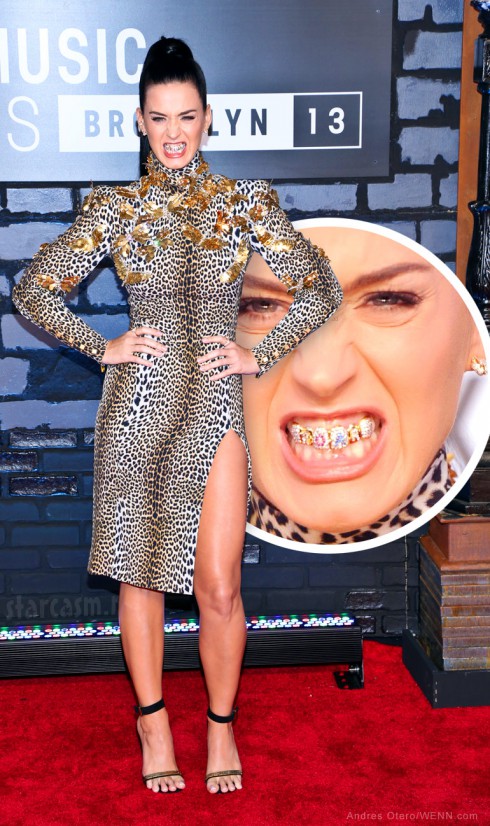 Katy’s been tweet teasing (tweasing?) her appearance for a while, with her latest telling her fans to have their @shazam on for a sneak peek of the #ROARVIDEO

Anyways, here are more photos of the high-pony-tailed Katy Perry on the red carpet at the 2013 MTV VMAs in her super fun, super sexy, super Katy kat look: 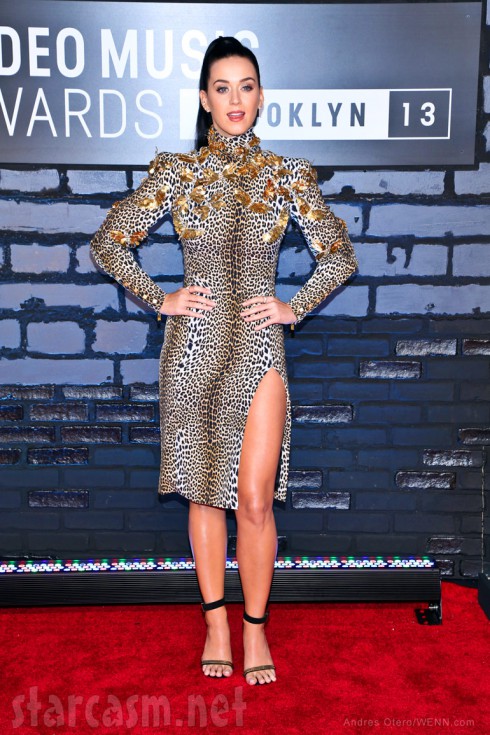 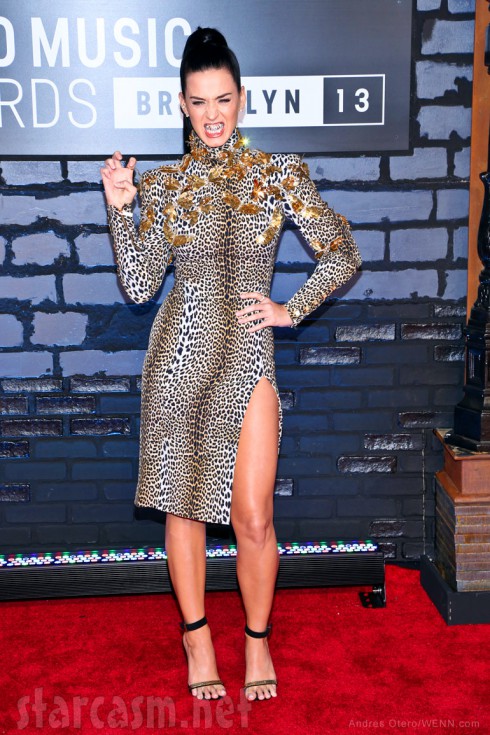 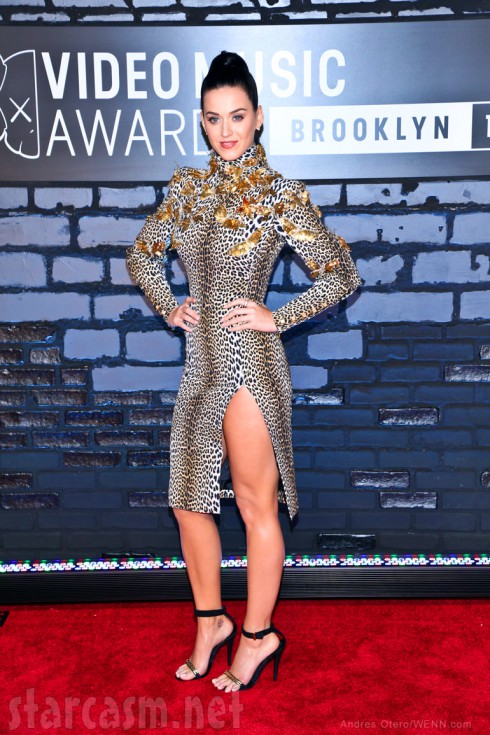