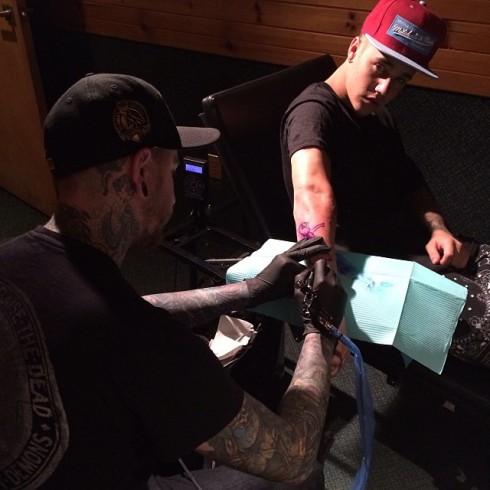 Justin Bieber added to his tattoo collection this week with a replication of famed street artist Banksy’s Balloon Girl stenciling.

Banksy, who doesn’t sell photographs or reproductions of his artwork, reposted the image of Justin and his new tattoo. The anonymous artist simply captioned it “controversial.” 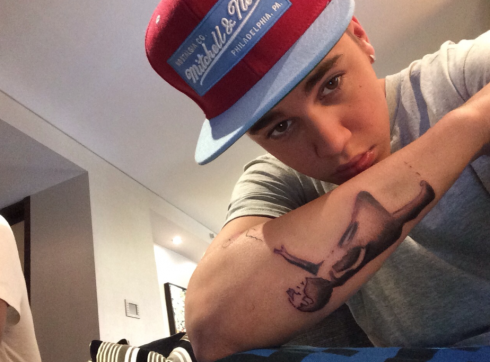 Although calling the tattoo “controversial” is hardly a strong position, many of Banksy’s fans were more straightforward when expressing their feelings…

“Amputate under copyright laws,” one commented.

Another added, “GREAT! My favorite Banksy image has now been ruined by this loser! Thank goodness there are million other Banksy images to love!” 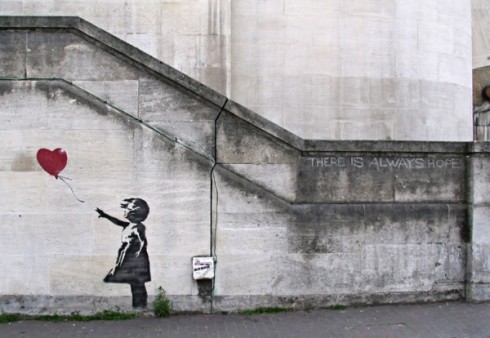 Others pointed out that the image was less clear than the Banksy original — leading dozens to post their own Banksy-inspired tattoos on the Facebook page in attempts to prove their ink looked better.

Glen Hartless, who did Justin’s new tattoo, defended his style on his Instagram page, saying the goal was “subtle imagery,” not a carbon copy.