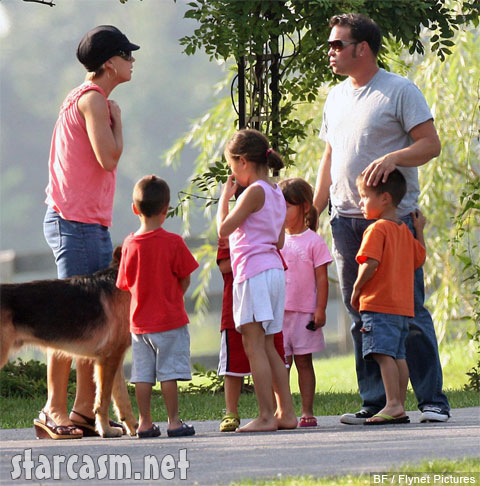 Jon Gosselin and Kate Gosselin made headlines last night when Kate called police after Jon wouldn’t allow her inside the house. It was Jon’s night with the kids but Kate was upset that he had called in Stephanie Santoro (click for photos of Stephanie) to babysit the kids, probably because of rumors that Jon had been fooling around with the 23-year-old part-time waitress and single mother. Kate was denied entrance into the house and she checked herself into a nearby Day’s Inn.

Kate returned home again today and was met with a little bit warmer reception. Here are some photos of Jon and Kate having a long conversation as five of their eight children watched and listened. It’s really painful to see the kids in these photos, a group of children that up until recently seemed to rise above the circus of the cameras and publicity and maintain a sense of wonder and joy. 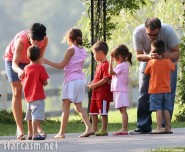