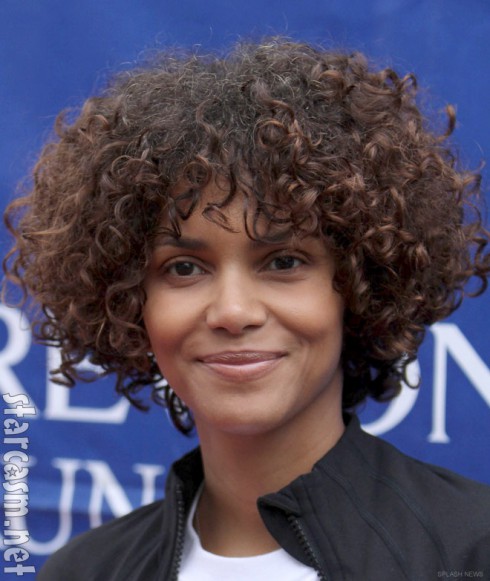 Actress Halle Berry showed off her new long, curly hair at the 19th Annual EIF Revlon Run/Walk in Los Angeles on Saturday, marking the hairdo’s first appearance at an official event. The 45-year-old Academy Award winner seemed in great spirits as she posed on the red carpet wearing a casual (and run/walk friendly) combination of t-shirt, jeans, sweater jacket, and flip flops:

“It is almost impossible to describe the feeling of standing before tens of thousands of women, men and children at the EIF Revlon Run/Walk,” Berry said. “There is such unity, emotion and hope among the participants and it is truly an honor to once again lend my name to the event and the ongoing fight against women’s cancers. Please join me in spreading the word so that we can further the research efforts and continue to save lives.”

So what do you think about the new ‘do? In my brain Halle has always been the spokesmodel for short hair (has anyone ever wore it better?), so in that sense I’m a little bummed by the new look. That being said, Halle looks fantastic as usual – and, I have to confess, a bit more fun! (Amazing what some springy curls can do.) 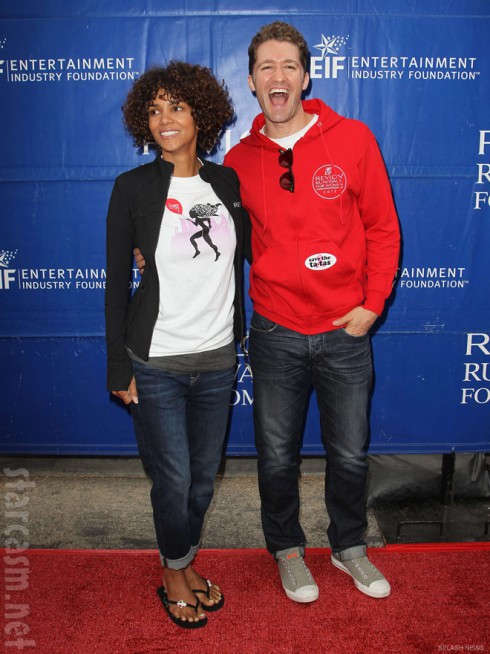 Joining Halle and her curly locks at the charity fundraiser were co-hosts Mario Lopez (Extra!), Matthew Morrison (Glee – with Halle above), and Stacy Keibler (George Clooney’s honey). Not familiar with the Revlon Run/Walk? Here’s a little info from their website:

Created in 1994 through the committed and collective efforts of the Entertainment Industry Foundation, Lilly Tartikoff and Ronald O. Perelman, the EIF Revlon Run/Walk For Women has grown to become one of the nation’s largest 5K fundraising events. To date, the Run/Walks (in Los Angeles and New York) have distributed over $65 million for cancer research, treatment, counseling and outreach programs. Thanks in part to these funds, new treatments are being developed and lives are being saved.

Here are some more pictures of Halle Berry at the 2012 Revlon Run/Walk – click thumbnails for larger images. 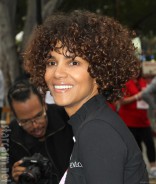 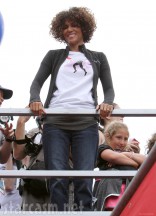 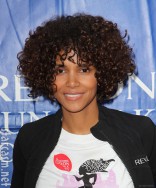 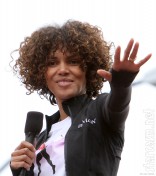