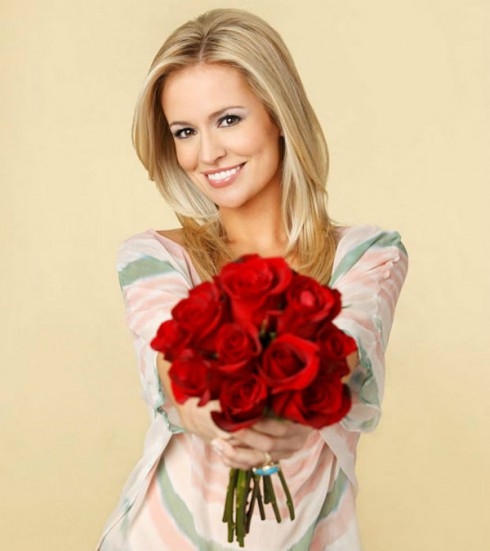 Emily Maynard is famous for her Southern charm and her natural beauty, but a report in this week’s issue of Reality Weekly claims the 26-year-old all-American blonde star of The Bachelorette is “wracked with insecurities and secretly hooked on plastic surgery!”

An “insider close to the sweet Southern belle” opens up to the magazine about Emily’s experiences with artificial enhancements past, present, and future.

“Emily had a few surgeries before The Bachelorette,” the insider syas, “but now that she is in the spotlight, she visits her doctor regularly.” She goes on to say Emily is “really good at getting stuff done. People always refer to her as a ‘natural beauty,’ but the girl definitely has some tricks up her sleeves.”

The insider goes on to list a number of treatments Emily Maynard currently has done on a regular basis, including laser light facials “because it makes her skin look poreless on camera and the makeup glides on much more smoothly,” and Botox “to give her brows a slight arch.” She also reveals that Emily is “considering getting some lipo” and that she “panics when she has to be in a bikini on camera.”

(Speaking of Emily Maynard being in a bikini on camera, CLICK HERE to see a collection of something that turns out to be quite rare… Emily Maynard bikini photos!) 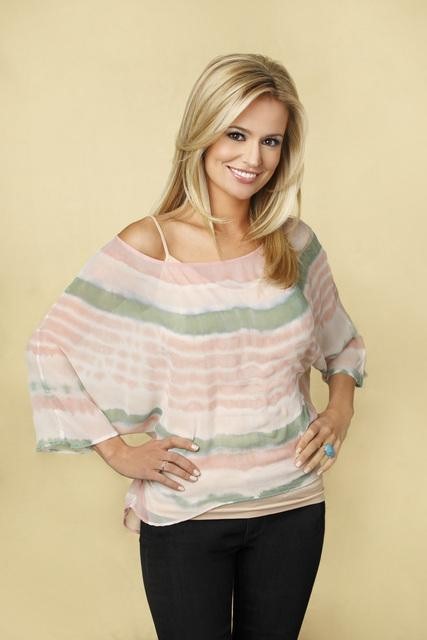 So what about past procedures? The insider says Emily went under the knife a couple times soon after the tragic death of her fiance, NASCAR driver Ricky Hendrick, who died in a plane crash in 2004 – just days before Emily found out she was pregnant with her daughter, Ricki.

“She started to panic about being single for the rest of her life and her daughter never having a father,” says the insider. So, with money she received from Ricky Hendrick’s wealthy parents, Emily got a nose job and breast augmentation.

“She had a pretty subtle adjustment to her nose because she didn’t want it to look like she had a nose job,” the source tells Reality Weekly.

Here are a couple side-by-side photos of Emily Maynard before and after her alleged nose job – the photo on the left from her 2004 Key West High School yearbook when she was 18, and the one on the right is from her appearance on Extra in May of this year: 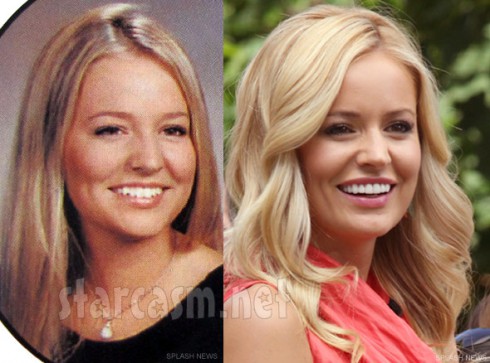 I don’t know. If Emily Maynard did have a nose job, it was a very “subtle adjustment” indeed!

Emily’s preoccupation with her looks began well before meeting Ricky Hendrick though. Emily suffered from Bell’s palsy, a neurological disorder that causes partial facial paralysis, while a child in Morgantown, West Virginia. “Emily was always picked on in elementary school, and the insecurity from that abuse has stayed with her all her life,” the insider says.

Emily would later blossom in high school, and the attention she received was “intoxicating.” “Naturally, her brain made the connection between being pretty and being treated better, so it became a preoccupation for her.”

And part of that preoccupation is the alleged boob job. According to the Reality Weekly insider, she had the breast augmentation done after her fiance Ricky Hendrick died and well before her appearance on Brad Womack’s season of The Bachelor. “She’s from the South, where it’s all about being blonde with big boobs,” says the insider, who is apparently unaware that every part of our great country is fascinated with blonde hair and big boobs. (The Real Housewives of Orange County seems like a great example.) “Emily wasn’t flat-chested to begin with by any means, but she wanted to look like a pin-up, so she went from a 34B to a 36D.

Here is another photo from Emily’s 2004 high school yearbook in which it appears that the insider was correct when she stated, “Emily wasn’t flat-chested to begin with by any means:” 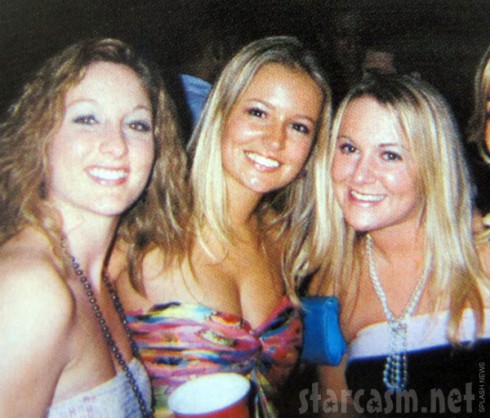 I realize you can work a lot of cleavage magic with very little if you know what you’re doing (all hail Paris Hilton!), but I really don’t think I’m looking at a 34B in this photo. That being said, here are some screen capped Emily Maynard bikini photos from the current season of The Bachelorette (Emily Maynard bikini photos are surprisingly rare! How is that possible with a woman who was on both The Bachelor and The Bachelorette?!?) in which it does appear that Emily might be a bit larger (she has had a child, so that may have been what caused the enhancements): 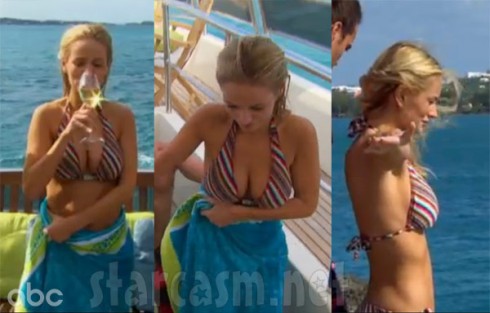 The Reality Weekly article isn’t the first time it has been reported Emily Maynard has had breast augmentation surgery. A source told Us Weekly that she had a boob job prior to her appearance on The Bachelor as well, and a commenter on an article at The Hollywood Reporter claiming to be Emily’s roommate wrote:

“Emily was my roommate freshmen year of high school – she is a sweet down to earth girl who deserves nothing but the best. She has gotten a breast augmentation but would never pose in Playboy – he daughter is her life and she would never do anything that would hurt that little girl. I hope she finds true love – no one deserves it more than Em.”

So it appears the jury is still out. Whether Emily Maynard has had a nose job and/or a boob job or not, the end result is a beautiful face and some large breasts. She reportedly also gets laser treatments and fillers, which are not plastic surgery, but still enhancements, and she appears to have possibly gotten veneers on her teeth. Perhaps that’s all we (and eligible bachelors everywhere) need to know.