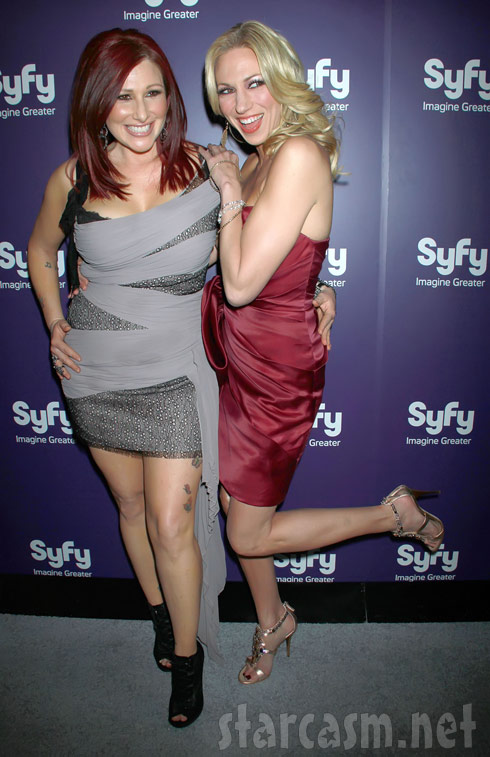 1980s teen music sensations Tiffany and Debbie Gibson have left the differences they apparently never had behind to star in the latest installment of the SyFy channel’s wonderfully campy low-budget horror movie series titled Mega Python vs. Gatoroid. The much-anticipated super-creature super-collider premieres on the network Saturday night at 9/8c but the film had its World Premiere event at the Ziegfeld Theater in New York City last night and of course Debbie and Tiffany were there looking, like, totally awesome! 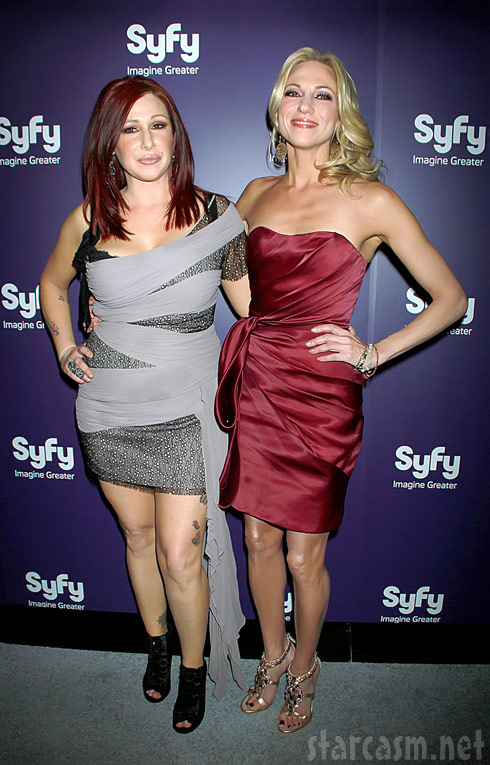 Here’s the already classic cat fight scene from the movie featuring Debbie and Tiffany living out thousands of teenage fantasies from 25 years ago:

Talk about “Electric Youth!” ($20 says there is a tense moment in the movie where Tiffany says, “I think we’re alone now” just before Mega Python or Gatoroid busts in “out of the blue.”) 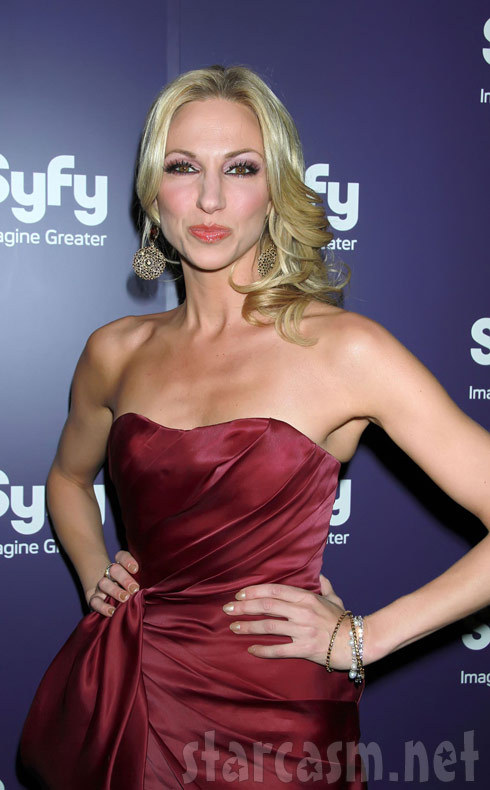 Debbie and Tiffany also paid a surprise visit to Andy Cohen’s Watch What Happens Live! Thursday night to accept their “Mazel of the Week” and the two talked about their lack of a rivalry back in the day before moving on to slightly more controversial topics. But before I spoil anything here’s the clip:

Andy asked the two ladies who they thought was the most talented and which would have the longest career of this group: Britney Spears, Christina Aguilera, Taylor Swift and Miley Cyrus. Tiffany answered Christina but Debbie said Taylor for both. Most talented? I dunno. You can like Taylor Swift more – I don’t have a problem with that – but to say she’s more “talented” than Christina Aguilera? Mmmmm…

Anyways… After that Andy moved on to the juicy stuff and asked both women if they had any celebrity hook-ups back in the day to which Debbie said “No, not really.” (Booooooo!!!) Tiffany on the other hand revealed that she had dated Jonathan Knight from New Kids on the Block but that he would eventually turn out to be gay! She mentions that she should have known because he was such a fun boyfriend and the two of them used to get facials together, etc. 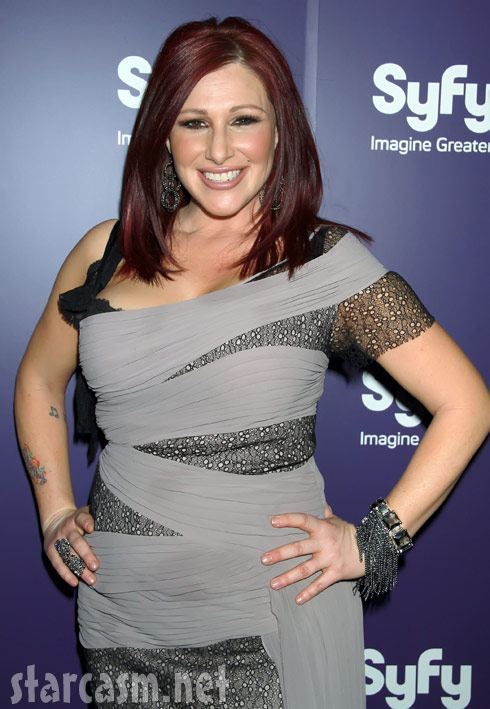 As a teenager watching MTV I was a bigger fan of Debbie Gibson, but as a more mature adult I think I may be switching allegiances to the Tiffanator! Either way, I’ll be sure to tune in Saturday night to see them team up together to defeat Mega Python and Gatoroid!

To wrap things up here’s a video from the red carpet featuring Alan Thicke, Taylor Dane and Debbie at the very end!

Ah what the heck – one more picture of Mega Tiffany and Debbie Gibsonoid! 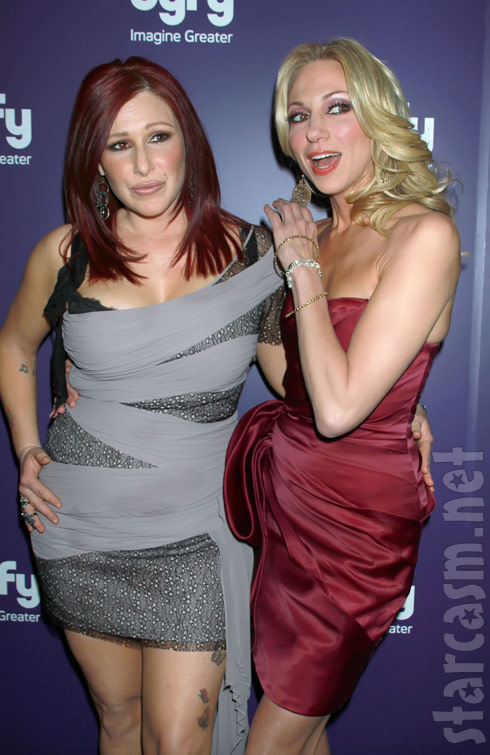