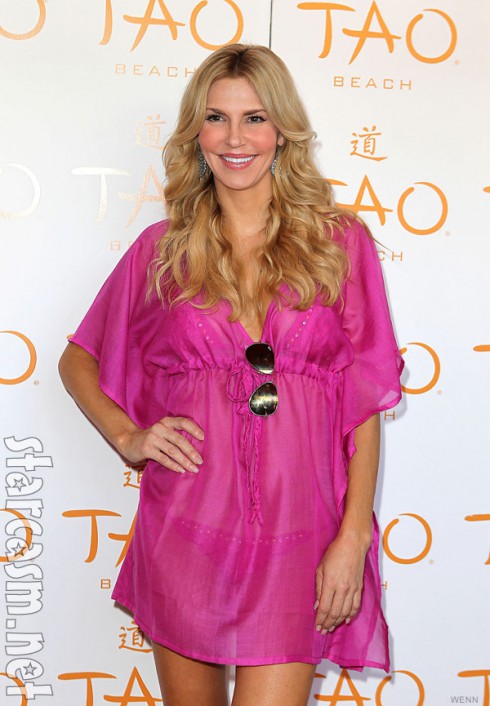 The Real Housewives of Beverly Hills star Brandi Glanville is famous for being a bombshell and also for dropping them on Twitter. Both of Brandi’s bombshelling skills were on display this week as she offered up her insight on the recent Kristen Stewart affair scandal and then followed that up by hosting the 3rd annual Tao Beach Luaua in Las Vegas on Saturday!

Brandi’s commentary on the alleged hook up between Snow White and the Huntsman actress Kristen Stewart and the film’s married director, Rupert Sanders, was very sympathetic toward Sanders’ wife, Liberty Ross, as she drew comparisons between Kristen and Rupert’s affair and that of her husband-at-the-time Eddie Cibrian and Northern Lights co-star LeAnn Rimes. Here is Brandi’s tweet from July 25:

“I’m not happy with this K stew BS.2 close to home.Same story,friends with the wife and kids& f*** the husband wen we think no one is looking”

Oddly enough, the Cibrian/Rimes affair was also made public with a series of photos published in Us Weekly, just like Kristen Stewart and Rupert Sanders! The Us Weekly cover story titled “LeAnn Rimes Caught In An Affair” broke in March of 2009 and included still images from a security camera that caught Rimes and Cibrian “holding hands and kissing on a romantic dinner date at Mosun and Club M in Laguna Beach, California on March 7.” Both LeAnn and Eddie Cibrian were married at the time — Cibrian to Brandi Glanville and Rimes to chef Dean Sheremet. 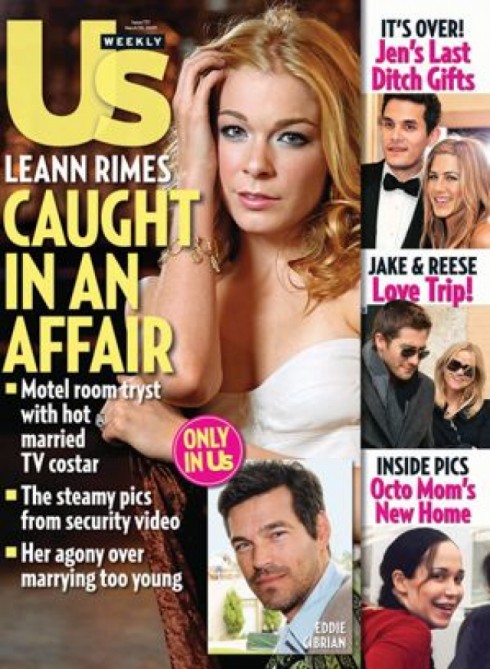 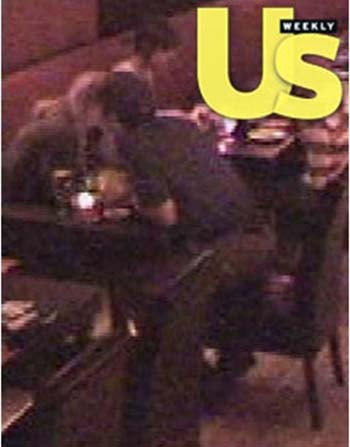 Brandi followed up her Wednesday tweet with another on Thursday:

UPDATE – It seems Brandi is taking a lot of heat for her comments on Twitter (nothing new for her) and I just wanted to clarify here that Brandi is saying both Kristen Stewart and Rupert Sanders are “home-wreckers” – thus her #ittakes2 hash tag. She responded to people’s comments on Twitter minutes ago by angrily clarifying, “F*** people I have always said it takes to and a man can’t be stolen he has to want to leave. Home-wreckers come in PAIRS now F*** OFF”

Interspersed with her tweets condemming the actions of Kristen Stewart and Rupert Sanders, Brandi shared her excitement over being asked to host the 3rd Annual Tau Beach Luau in Las Vegas on Saturday! “Can’t wait for Vegas this weekend!” Brandi wrote. “So excited to host 3rd annual Tao Beach Luau at @taobeach with @hpnotiq this Saturday the 28th!” On Friday she invited her fans to join her: “Let’s see those grass skirts lady’s come and join me @TaoBeach #luau tomorrow!!! Come party with me @hypnotic”

And then there was her frank but funny segue from the KStew affair to her Vegas appearance:

“Home wreckers come in pairs!!! It takes 2!! Off to vegas to do some liver wrecking” 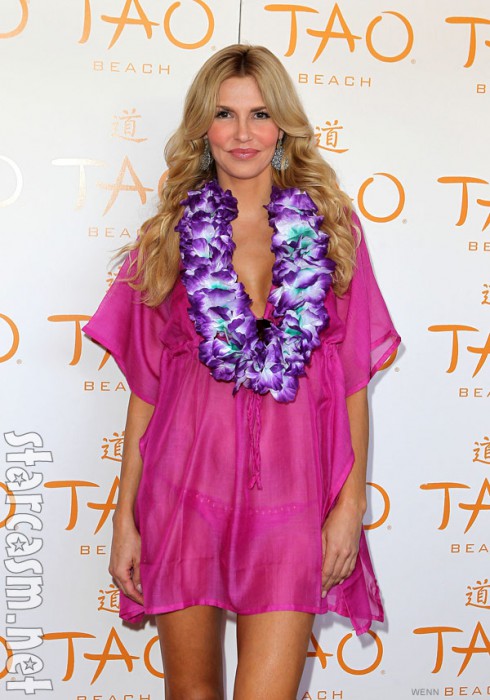 Sadly, most of the photos we have feature the bikini-clad Brandi covered in a semi-transparent pink negligee (Yeah, OK, it’s probably more appropriate to call it a caftan – but what fun is that?!?) and sporting a froo-froo purple, turquoise, and white lei. (Cue: Sad men sound.) But, we do have one photo of Brandi and her best pal having fun sipping drinks in the hotel with Brandi wearing only her bikini and a fun, matching pink grass skirt: 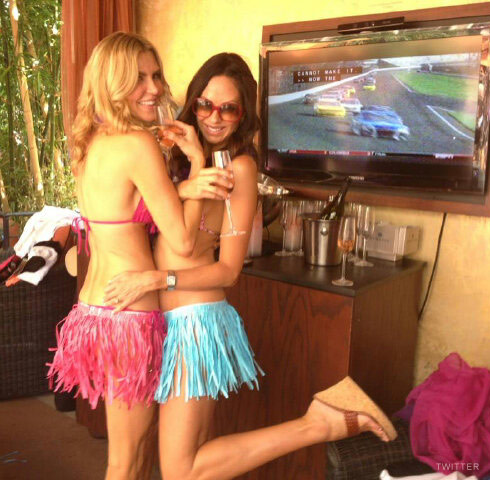 Here are lots more photos from the event. If you look VERY closely (trust me, I know), it appears that Brandi’s bikini bottoms are remarkably small. Let’s just hope that as the party goes on some more photos of a slightly less conservative Brandi emerge! (And we all know how unconservative Brandi Glanville can be when having fun in Las Vegas! Actually, I suppose getting married might be considered conservative by some…) 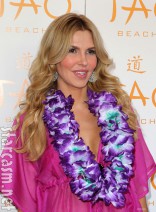 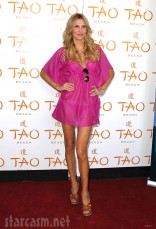 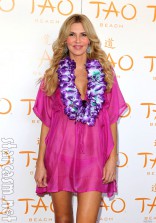 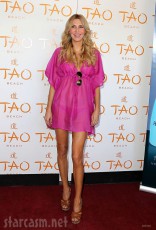 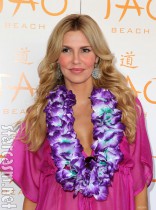 And one last loooooooooong look at my favorite tall drink of BH water!