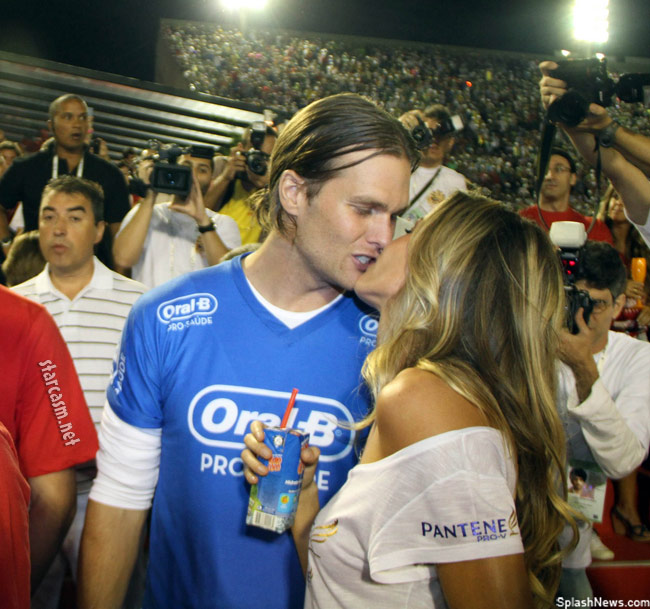 Rio de Janeiro’s Carnival is arguably the biggest party on the globe.  Lending credence to its importance on the global scene Tom Brady and Gisele Bundchen, my nod over Brangelina as the most beautiful celeb couple alive, were on hand to revel with the crowd.

In these photos I noticed something past their blinding loveliness, Tom and Gisele were walking billboards for mega-corporation Proctor & Gamble!  That’s right, while it seemed like harmless fun the two were sneaking in a little product placement on their shirts in the form of Oral B and Pantene.  Hey, If you’re going to fly down to Rio to party it up at Carnival you might as well pay for the trip by sporting a little advertising on your clothes!

Here’s another shot of Tom and Gisele with folks who later went and purchased lots of Proctor & Gamble products without knowing why. 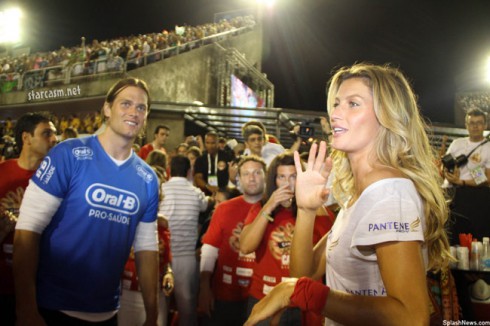 Just to let you in on how pervasive P & G is in the global market place here is just a brief list of some of the powerhouse company’s more well known brands:

Interestingly enough, Proctor & Gamble also was responsible for the TV phenomenon known as the soap opera! The soap part of the name came from P & G’s known detergent products. These dramas, produced by Proctor & Gamble, began on radio back in the 30’s as a means to help sell the brand and when the shows made their switch over to TV in the 50’s the company continued to be responsible for most of the programming.

Later that evening Gisele looked angelic as she was featured as a centerpiece on one of the floats for a parade.