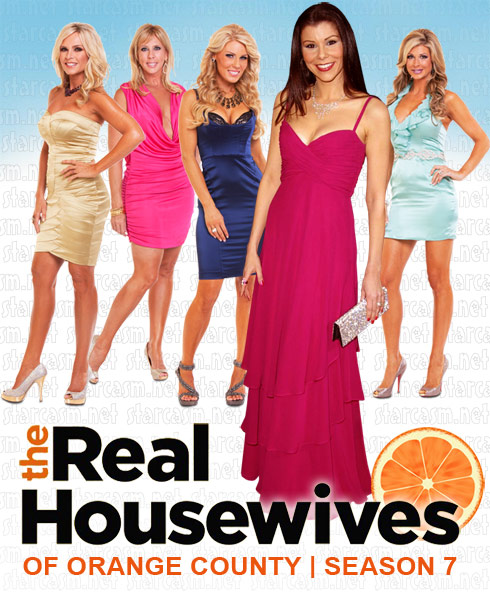 We reported last week that Peggy Tanous would not be back for season 7 of The Real Housewives of Orange County and it appears as though Bravo has already begun filming with her replacement! Joining the West Coast blond drama mama juggernaut is actress and musician Heather Dubrow, wife of Newport Beach plastic surgeon (and reality show veteran) Dr. Terry Dubrow.

Heather Dubrow, whose acting resume was under her maiden name Heather Paige Kent, is a 42-year-old mother of four and… a brunette?!? Yes, it seems the OC ladies will once again have a dark tressed cast mate – at least until Team Blond chases her off like Jeanna Keough and Lynne Curtain! 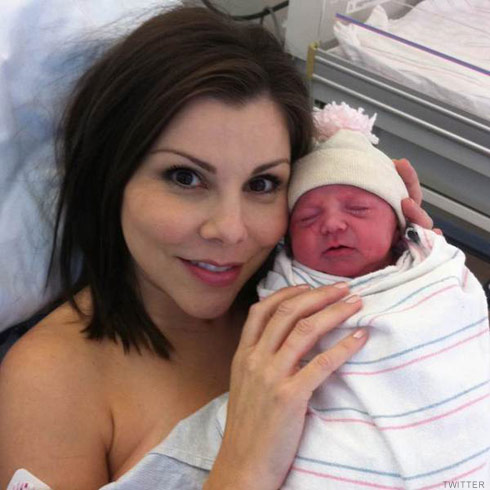 Heather Dubrow was born January 5, 1969 in the Bronx and grew up in Chappaqua, located in New York’s upscale Westchester County. Although she has played a number of Italian characters on the small screen, Heather is actually Jewish and a fifth generation American of Russian, Polish and Austrian descent.

At the age of 17 Heather became interested in acting and began trying out for high school plays. After graduating high school Heather went on to study musical theater at Syracuse University before relocating to California after getting her BFA in 1990. She put her acting and singing skills to work for Disneyland and started a 14-piece big band that would eventually open for the likes of Dana Carvey and Mel Tome. 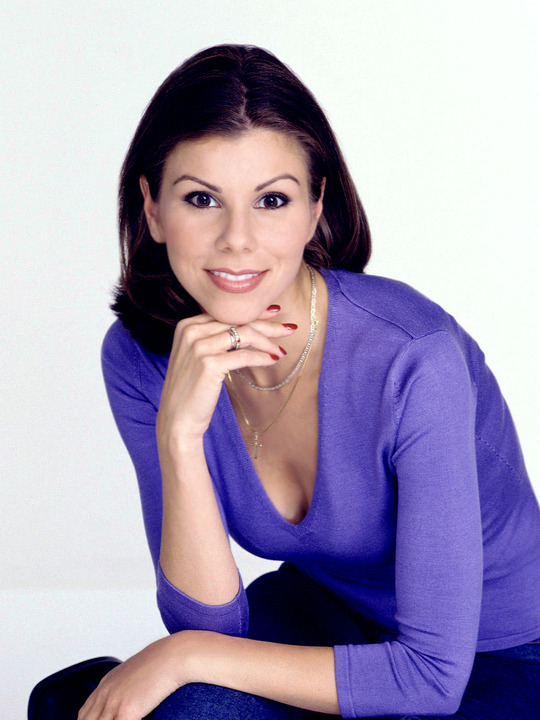 ^ Heather Dubrow when she was actress Heather Paige Kent in 2000

Her first small screen credit came in 1991 when Heather made a guest appearance on the ABC sitcom Baby Talk. She would return to television in 1994 with another guest spot on Fox’s Married… With Children alongside stars Christina Applegate, Ed O’Neill, and Katey Sagal.

Heather continued to add to her resume with guest appearances and brief recurring roles on shows like Nowhere Man, Life With Roger, Men Behaving Badly, and Chicago Sons before landing a lead role as Jenny McCarthy’s best friend on her show Jenny in 1997. Here’s the opening credits for the show featuring a whole lotta Heather!

In 1999 she got another regular job as sassy bartender Maddie Keller on the sitcom Stark Raving Mad. Originally intended for actress Jessica Cauffiel, Heather would eventually get the role alongside co-stars Neil Patrick Harris and Tony Shalhoub. Stark Raving Mad would go on to win the People’s Choice Award for best new comedy before being canceled by NBC in April of 2000.

Heather got her big break in 2000 when she was cast as the lead in the hour-long CBS dramedy That’s Life about a non-mafia Italian family in New Jersey co-starring Paul Sorvino, Ellen Burstyn, and Kevin Dillon. Heather’s character Lydia DeLucca is a 32-year-old mom and waitress who decides she wants to go to college, much to the dismay and disapproval of her family.

Here’s the first part of the pilot episode:

Lydia DeLucca is a New Jersey bartender who wants more out of her life than just marriage and kids. So she breaks off her engagement, and heads to college. This doesn’t make her ex-boyfriend Lou happy, who thinks she is wasting her time getting an education. Her family is none too supportive either. Her mother, Dolly, thinks marriage would be better since she thinks Lydia can’t take care of herself. Her dad, Frank, cares more about the New York Giants than Lydia’s psych term paper. But that’s life…

Sadly, That’s Life didn’t make it either and was canceled in 2002. Since that time Heather made her big screen debut with a brief appearance in The First $20 Million Is Always the Hardest and followed that up with another movie role in the comedy Now You Know – both in 2002.

Heather Paige Kent married plastic surgeon Terry Dubrow in 1999 and the couple have four kids, including 7-year-old twins Nicholas and Maximillia, 5-year-old Katarina, and 10-month old Collette. Here is a photo of the family together celebrating Katarina’s birthday at Benihana: 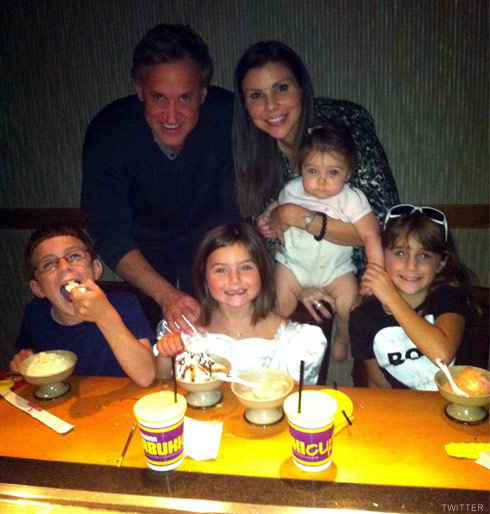 ^ Heather Dubrow with her husband Terry Dubrow and their four children.
(From left: Maximillia, Katarina, Collette, and Nicholas)

Husband Terry Dubrow shouldn’t have any problem adjusting to the reality show gig because he has starred in two plastic surgery themed reality shows already! Here is a video clip from his 2004 Fox reality series The Swan:

The Swan attempts to transform 20 despondent women—physically and psychologically. Each woman is assigned a team of specialists: a life coach, therapist, trainer, cosmetic surgeon, and dentist who work together to accomplish the show’s conceptual mission. The end of each show pits two contestants against each other as a string of judges decides which woman achieved a better overall transformation. The winner continues on to the show’s beauty pageant finale where one of ten self-proclaimed “ugly ducklings” is declared The Swan. 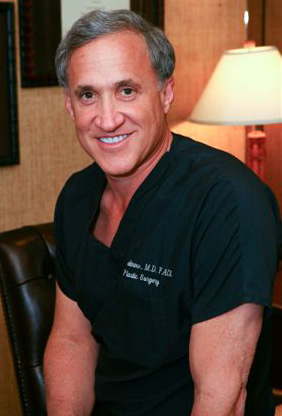 Dr. Dubrow (right) was also the surgeon on E!’s controversial reality series Bridalplasty from last year! He also co-authored the book The Acne Cure: The Nonprescription Plan That Shows Dramatic Results in as Little as 24 Hours. Is it possible we have a potential contender for the title of most awesome plastic surgery husband from a California based Real Housewives show?!? You better bring your A game Dr. Terry Dubrow because the lovable Adrienne contrarian Dr. Paul Nassif has solidified himself in that role!

It should be interesting to see how Heather Dubrow fits in with one of the most divisive casts in all of Bravolebridom! Will she side with Vicki Gunvalson and Tamra Barney? Or will she seek solace amongst the other “newer” cast members Gretchen Rossi and Alexis Bellino? Either way, let’s just hope she makes a bigger splash than last season’s Fernanda Rocha who somehow managed to make being a super sexy lesbian Brazillian Booty Workout goddess and make it boring, leading Bravo to demote her from an actual Real Housewife to just a friend of the Housewives prior to the season kicking off.

One things for certain, Heather is going to have tight skin no matter what!