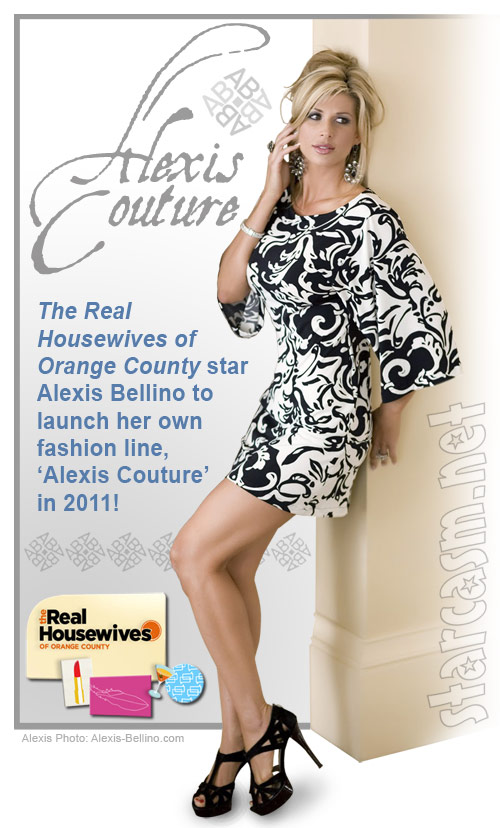 Alexis Bellino is not just the sexy blond star of The Real Housewives of Orange County any longer. The 33-year-old housewife is looking to capitalize on her new-found fame with a brand new fashion line!

The line is called Alexis Couture and should be available in January of 2011, likely coinciding with the airing of season six (Bellino’s second) of the oldest installment of the Bravo Housewives franchise. According to Radar Online there will be an official launch party December 2 in Beverly Hills, which will more than likely be captured by Bravo just before filming of the current season finishes up. 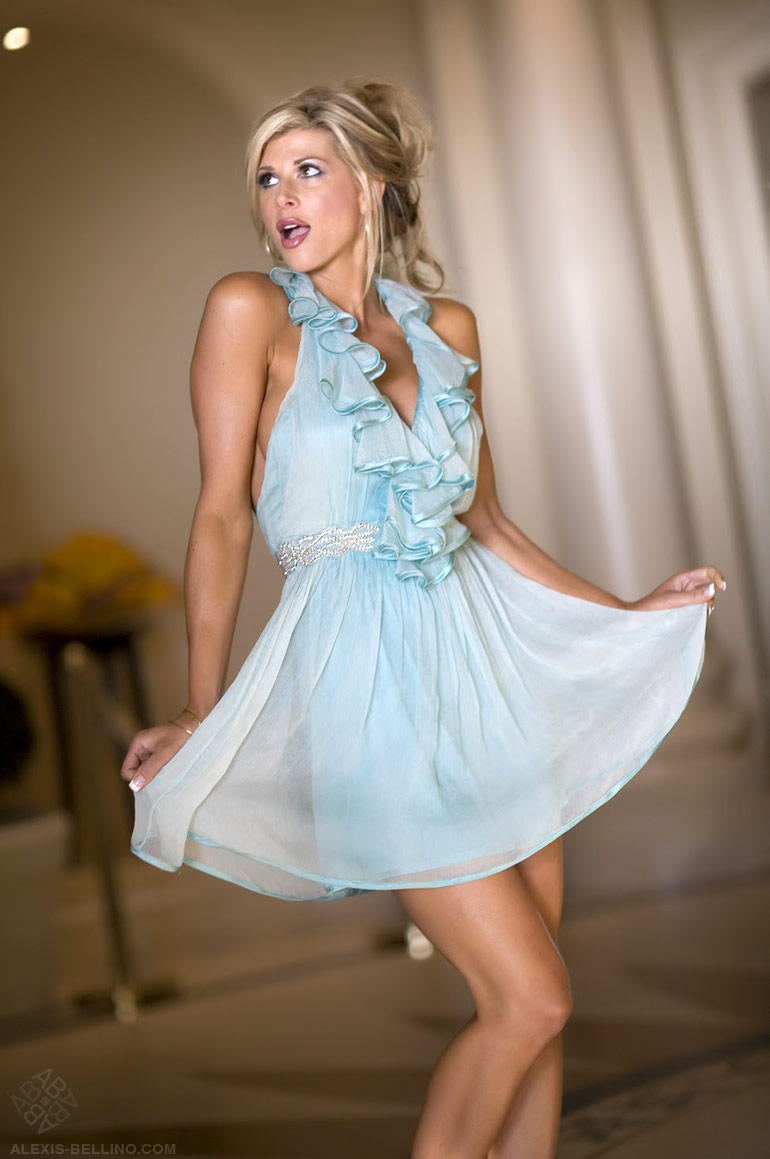 Judging from the photos, Alexis Couture will have a light and airy Southern California feel with an elegant casual/formal duality. She tells Radar Online:

“I am truly inspired by Valentino and Cavalli with Dolce and Gabbana fabrics and fit. I’ve added my own personal twist.”

Here’s how Alexis Bellino summed up the new line in an interview with Cupcake Mag:

My main inspiration in starting Alexis Couture is two-fold: First, I wanted to make fashion EASY for the busy mom (and non-moms!!) who needs to grab ONE item from her closet and go, and two, I want to bring the couture feeling of fashion to women at an expense everyone can afford. 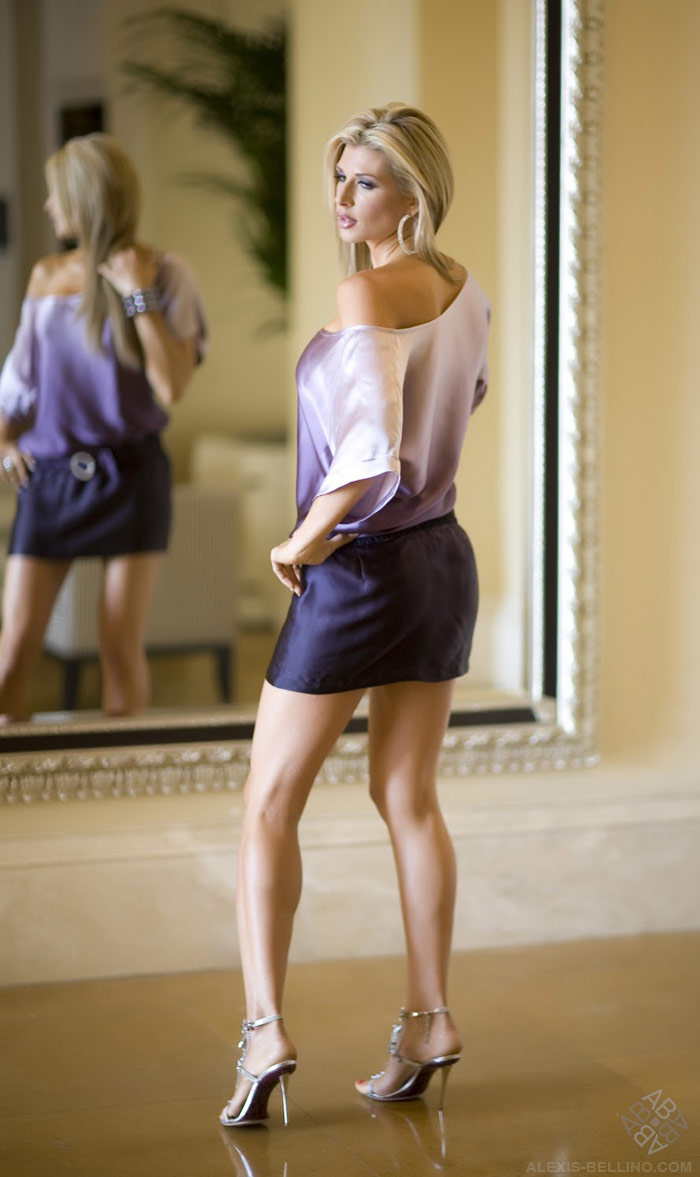 It’s obviously something the 33-year-old stay-at-home mom has put a lot of work into and she shares her excitement on her blog at Alexis-Bellino.com:

I am so excited for my newest venture, the Alexis Couture and Alexis Causual dress lines. The line will be coming out January 2011, and it will be available on the website, so check back early next week for details!! There’s been such a great response to the photos of the dresses that I posted on Facebook, so I am super excited to see what you all have to say when you see them for yourselves in person!!

The dresses will be available to purchase on Bellino’s website as well as “a few stores and boutiques that will soon be announced!” she tells Cupcake Mag.

Here is a thumbnailed gallery of images from the collection featuring a handful of dress designs. As mentioned earlier, the rest of the looks will be viewable in January, 2011! (Click thumbnails for larger images) 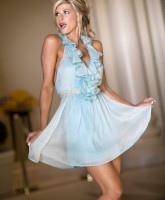 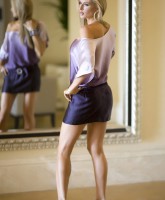 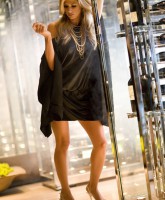 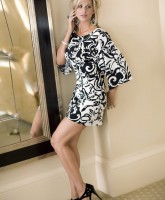 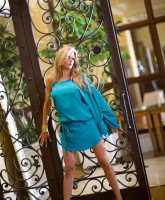 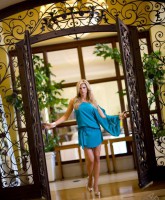 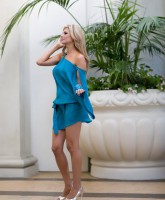 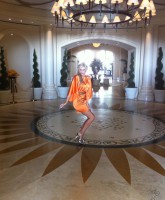 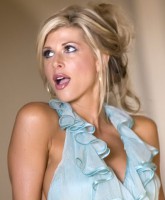 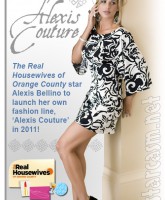 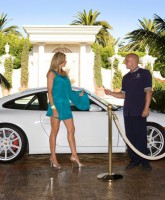 To keep up with all things Alexis Bellino, be sure to join her Facebook fan page at:
www.facebook.com/AlexisBellino.CA

I think Alexis Couture should look at creating a costume line too, especially if Alexis is willing to model! Check out Alexis as one of the sexiest Queen of Hearts ever in her 2010 Halloween photo!

Also, you can check for updates on Alexis and her fashion line at:
www.charmaineprfirm.com