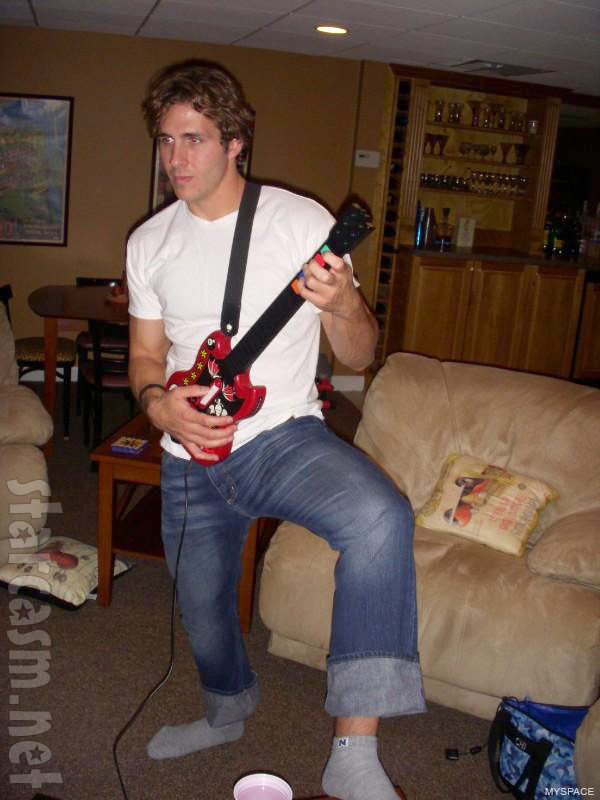 Meet Constantine Tzortzis, a 30-year-old restaurateur from Georgia who will be competing for Ashley Hebert’s heart in Season 7 of The Bachelorette. In addition to having one of the most desirable last names in all of proper name Scrabbledom, Constantine (or “Dino” as he is referred to by friends) also has a number of other desirable assets – as you will see when you crack open this installment of… 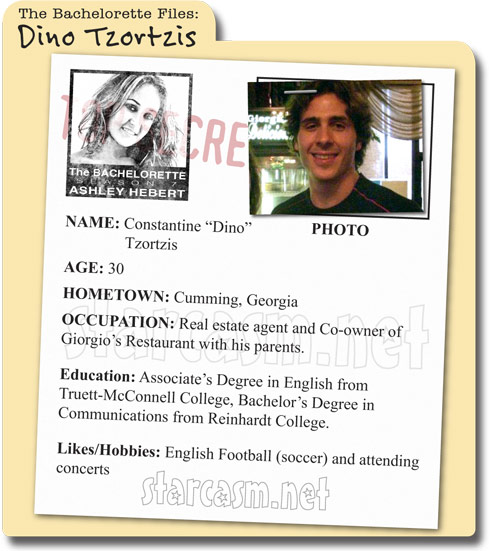 Normally the contestants on The Bachelor and The Bachelorette are very gregarious and as a result quite ubiquitous on the internet. (I often use a lot of big words when talking about very attractive single men to feel better about myself.) Whenever there is an exception it usually means a rather shy personality. (See: Chris Lambton.)

Such was the case with Constantine “Dino” Tzortzis – at least as far as his online presence goes. (We will have to wait for the show to air to find out about his personality.) But, I was able to gather enough information and photos that you should have a pretty good snapshot of Dino heading into The Bachelorette premiere on May 23 at 9/8c.

As you might have guessed from his name, Dino is of Greek descent. His parents, Elleni and Dimitri Tzortzis, are both third generation restaurant owners with Dimitri’s family being from Chicago and Elleni’s from Atlanta. 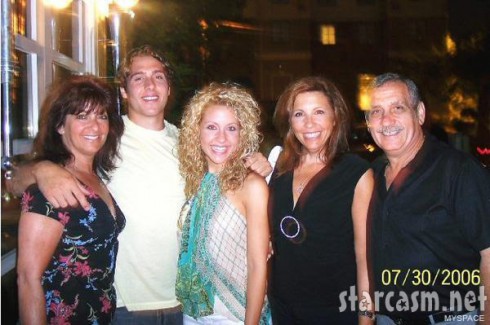 The 6ft 1in Greek hunk has a sister named Maria who is/was a hairstylist at Bob Steele Salon’s Alpharetta location near Atlanta. In stark contrast to Dino, Maria seems to be quite vivacious (and quite attractive I might add – not in stark contrast to Dino) with all sorts of fun party photos and as you would expect from a hair stylist, numerous hairstyles. Here are a couple pictures of Maria and her brother Constantine together with Maria both as a blond and a brunette: 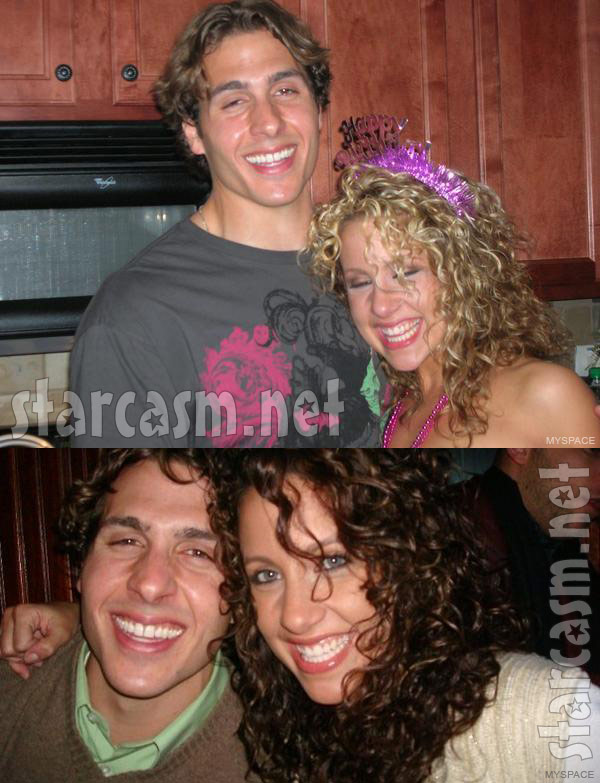 Dino Tzortzis graduated from Truett-Mcconnell College in 2002 with an Associate’s Degree in English and then attended Reinhardt College in Waleska, Georgia where he got a Bachelor’s Degree in Communication. It appears as though Dino has tried to branch out from the restaurant owning business into real estate as he is listed as an agent for both Keller Williams Realty and Polo Realty, Inc. (of which he is listed as the owner on LinkedIn.com)

Dino is a big music buff and enjoys going to concerts. Here’s a list of the musicians he likes “in the order of how they were conceived…” as he puts it: 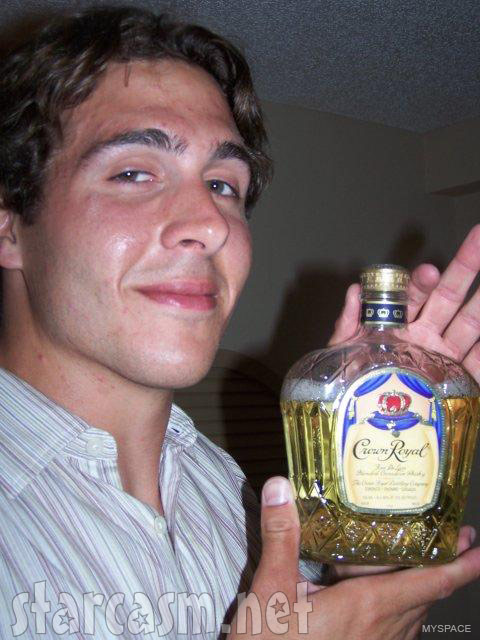 ^ Dino Tzortzis with a bottle of suspicious-looking Crown Royal

As far as his television viewing habits, neither The Bachelor nor The Bachelorette made the list. The shows that did make his short list are English Football, Aqua Teen Hunger Force (Carl is the man!!!!), The Office, X-play, Attack of the Show, Dan Rathers Reports, South Park, Top Gear and Ghost Hunters.

In addition to being a big fan of English football (or “soccer” as us Americans know it) I think Dino is also a player. This video was posted on his Myspace page under “About Me” and I think that may be Dino kicking the winning goal. (There is a moment right at the 55-second mark where number 14 is asking for the ball and he looks a lot like Dino. Plus, I believe that is his dad Dimitri walking right past the camera at the 1:11 mark.)

That’s pretty much I could find out about ol Constantine online. He seems to be a handsome, reserved guy who knows how to have a good time. His family seems quite fun so I’m hoping Ashley will be heading down Georgia way for a hometown date so we can get a chance to meet them!

To round things out I thought I might include a couple Myspace blog entries by Dino. In the first one he recommends some reading materials to his friends including an article in GQ about the dangers of nuclear power as well as Al Gore’s book The Assault On Reason. That’s followed by a list of bands (with dates) that he has seen live. 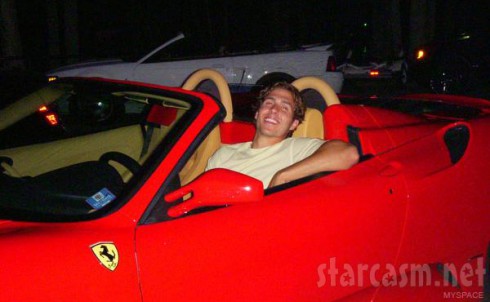 ^ Dino Tzortzis seems ready for the fame winning The Bachelorette will bring!

Oprah has nothing on my reading list (March 17, 2008)
Current mood:smart

I’m going to start recommending reading material for those who subscribe to my many blogs….ok, this is for my own enjoyment. I probably won’t recommend anything over 500 pages, unless my power goes out for the next six months. Mostly, short articles in current magazines or books that I found shed light on issues that pertain to me…and sometimes you.

1) G.Q. (March 2008) Meltdown by Wil S. Hylton. An article that was so well informing it spurned my very own blog. “…And when we fail to consider each of these issues with reason instead of fear, when we fail to make the tough comparison between nuclear power, with its potential for disaster, and coal plants, with their guarantee of it, this isn’t a reflection that we have no choices but that we refuse to make them.” Wil S. Hylton

2) The Assault On Reason target=”_blank” (2007) By Al Gore. I must be honest; I wasn’t too excited to read a book by Al Gore. I always thought of him as caked up, tree hugging clown. I couldn’t have been farther from the truth. Gore not only proves his knowledge our government but also explains how the citizens of this government have been stripped of their most vital possession; true knowledge. “If citizens no longer participate, those among them who notice signs of corruption or illogic have no way to voice their concerns and summon the attention of others who, upon examining the same evidence, might share their dismay. No critical mass of opposition can form among individuals who are isolated from one another, looking through one-way mirrors in soundproof rooms, shouting if they wish but still unheard. If enough citizens cease to participate in its process, democracy dies” Al Gore 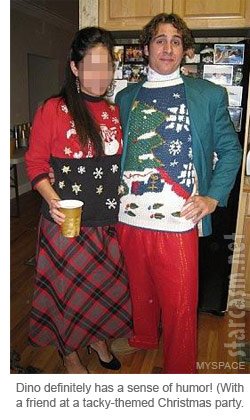 As always, thanks goes out to Reality Steve for revealing the names of some of The Bachelorette contestants way ahead of time so fans like you and me can find out all about ’em before the premiere! Head on over to RealitySteve.com for all sorts of spoilers and his unique commentary during the season.