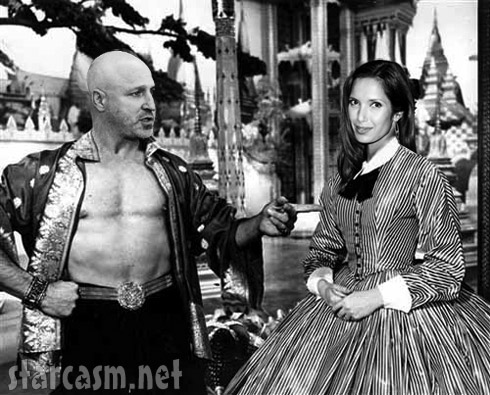 If fans of Top Chef weren’t so sure about the cross-over with The Biggest Loser this week, how will they react to the latest rumor about the show’s next spin-off — a Broadway musical!

Does adapting Top Chef for the Great White Way sound like a crazy idea coming from some marginal person who doesn’t really understand what makes Top Chef among the most successful reality show franchises on television? It does to us, too. But rumor has it that we couldn’t be farther from the truth. Grubstreet.com reports that Bravo’s executive vice-president of original programming and host of Watch What Happens Live, Andy Cohen, is the one who told them about the idea. Cohen also said that Mr. Top Chef himself, Tom Colicchio is the one pushing for it.

“Tom Colicchio has been pestering me to do Top Chef, The Musical!,” Cohen told us. “He thinks he has a great idea about doing something like that … I told him I’m not so sure, but he’s trying to convince me!”

Several of the chef-testants said they would love to join the production, and that they have the skills to pull it off. Leah Cohen (Season Five) says that her extensive karaoke experience puts her in good shape for the singing. Angelo Sosa (Season Seven) has the dance moves down, and Marcel Vigeron (Season Two) can throw as good a dressing room tantrum as any diva that ever made a curtain call.

I say Broadway is only the beginning; Colicchio and Cohen need to think bigger. How about a Pirates of the Caribbean-like theme park ride where your saucepan-shaped boat floats from quick-fire to Whole Foods to elimination challenge to judges table. You could even have a restaurant attached to the ride called the “Stew Room.”

Maybe I’m still thinking too small, though. Perhaps they should take a cue from Universal Studios and devote a whole section of the park to Top Chef a la The Wizarding World of Harry Potter. You could immerse yourself in a land of over-sized stainless steel appliances, dancing seasonal vegetables, and actors dressed up like Padma Lakshmi and Curtis Stone ready to pose with you for a photo.

You laugh, but you know you’d pack your knives and go! Maybe this Broadway idea isn’t so bad, after all.