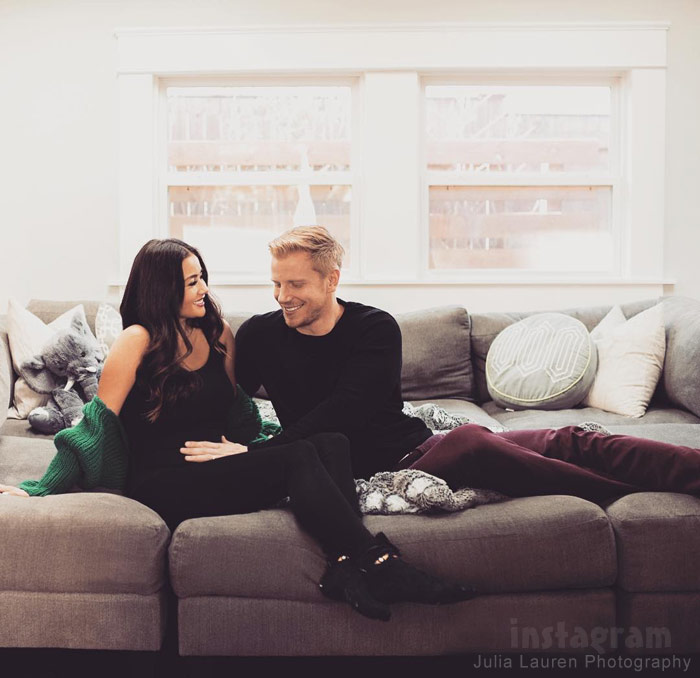 One of the few happy ending stories in The Bachelor history continues: earlier today, Sean Lowe and wife Catherine Giudice announced via Instagram that they are expecting their first child together!

Both Sean and Catherine shared photos showing off her burgeoning baby bump. Pop-to-be Sean posted the photo above and captioned it with “It’s happening! I’m going to be a dad! ????????” Meanwhile, Catherine shared this next photo and simply wrote, “Hey baby :)” 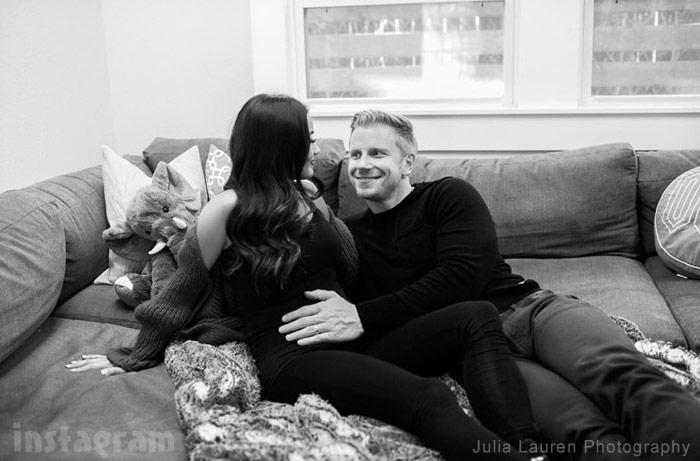 Sean and Catherine got engaged on Season 17 of The Bachelor, and went on to have a televised wedding in January of 2014. The reality star couple seem to have an affinity for the small screen, as they later appeared on Celebrity Wife Swap, and are currently on WE tv’s Marriage Boot Camp: Reality Stars.

For those of you thinking that Catherine was already pregnant, that’s probably because she posted what appeared to be a baby bump photo earlier this year as an April Fool’s Day prank:

Catherine captioned the photo, “17 weeks :)” before later admitting it was an April Fool’s Day joke. The prank drew the ire of many on the internet who called it “offensive,” “immature,” and “insensitive” to those with infertility issues.

Congratulations to Sean and Catherine on her real pregnancy! We’re guessing there will be a reveal on Marriage Boot Camp, so be sure to tune in to WE tv Friday nights at 9/8c!

UPDATE – Sean Lowe has since taken to Twitter to respond to the outpouring of positivity from fans:

Thank you to everyone for the kind words today! @clmgiudici and I are so excited!