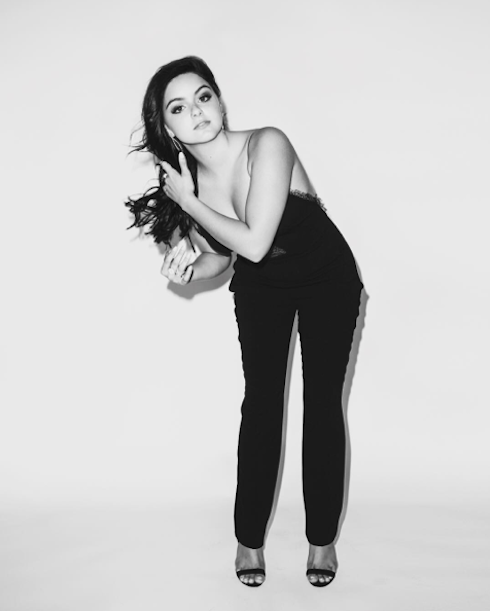 Ariel Winter has had to deal with more than her fair share of comments about her body since Modern Family made her a star. Over the weekend, though, a harmless Ariel Winter Instagram photo of the 17-year-old and her nieces brought a bevy of unsolicited comments and criticism, and Winter decided she’d had enough.

On Friday, Winter was spending some time out on the water with her two nieces, and decided to share a cute photo of the event. The image in question featured a bikini-clad Winter standing between her two life-preserved nieces, both of whom flashed the peace sign. It was a simple shot of what looked like a nice time:

Immediately after posting it, though, Winter found herself beset on two sides: from one came slut shamers who had nothing but lewd things to say about her body; from the other came a bevy of body shamers, who insisted that Winter was in the wrong to be wearing a bikini, and told her to cover up. The Ariel Winter Instagram controversy became so heated so quickly that the teenager responded just a few hours later–and shut both sides of the argument down:

Who knew that an innocent photo with my nieces would turn into this? The height of a girl’s skirt or whatever she is wearing for that matter, does not imply what she is asking for. It sickens me to think at 17 years old, a photo of myself with my nieces is suggesting that I’m “asking for it”. I typically never give power to the mean things people bravely say behind their computer screens on the Internet, but this is for the girls who are constantly bullied whether it be online or at school.. You are not asking for anything because of what you are wearing- you are expressing yourself and don’t you ever think you deserve the negativity as the consequence to what you are wearing- YOU ARE BEAUTIFUL. Celebrate you and don’t let anyone’s comments allow you to think less of yourself. Us girls have to stick together!!!!!! A photo posted by Ariel Winter (@arielwinter) on Nov 13, 2015 at 9:37am PST

Winter recently said that she’s begun applying to colleges, and revealed that law is one of her interests. It looks like some law school will be lucky to have her: Winter has won abundant praise for the above post, which is as logically sound as it is emotionally pointed.

It’s also worth pointing out that since Ariel Winter’s slut shaming shutdown, an overwhelming majority of new comments on the bikini photo have been positive.

Kimberly Henderson, mom of four, responds to comments she has a ‘perfect body’ with unedited picture