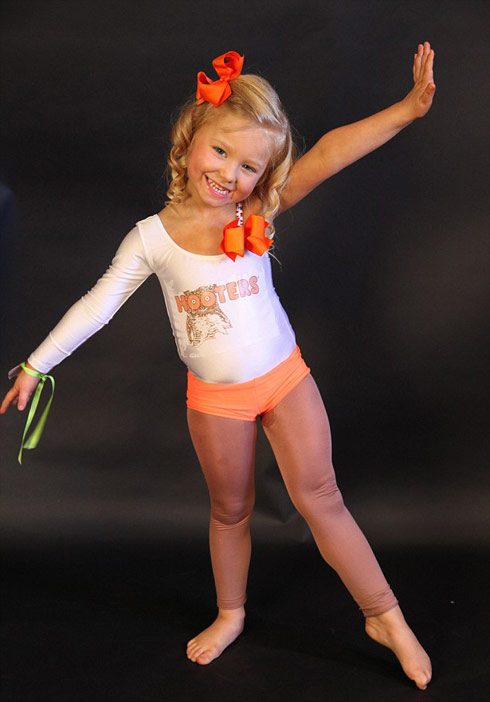 It was announced in October that TLC’s controversial headline factory Toddlers & Tiaras would not be returning for a sixth season, but televised envelope-pushing pageant parents isn’t a thing of the past, it’s merely moved across the pond! England’s Channel 5 recently aired the documentary Blinging Up Baby featuring pageant moms “kitting out their children in top-to-toe glamour.” One of those moms is quickly gaining notoriety back here in the States after she was shown dressing up her four-year-old daughter in a Hooters uniform! 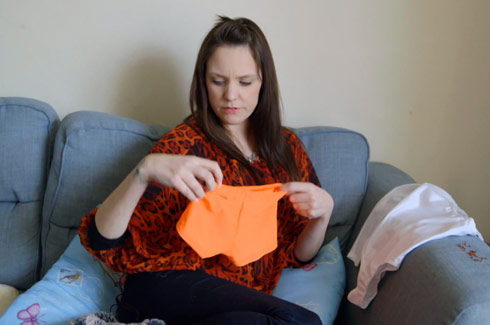 “I’ve not been to Hooters bar, but I know they’re popular in America,” Liane (above), 33, from Portsmouth says after revealing her costume concept for her daughter Scarlett. “It was an easy costume to make,” she adds.

Here’s the description of the documentary from Channel 5:

In Portsmouth, unemployed 33-year-old single mum Liane has ploughed everything into entering six-year old Bessie-Sue and four-year-old Scarlett into glitzy US-style beauty pageants. She has high hopes for willful little Scarlett. “She would probably be a tomboy if I let her,” says Liane, confessing that she had been a tomboy herself. “I suppose that’s what I’m influencing onto them, that they don’t do everything wrong that I did when growing up,” she explains. Her hopes of a title win look to be in jeopardy, however, when Scarlett plays up at the Teenie Miss pageant and refuses to go on the catwalk… 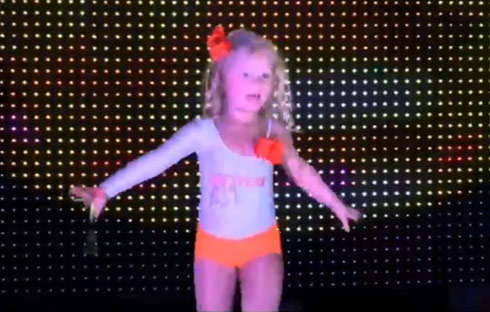 The documentary features one of Scarlett’s stage performances, as well as brief clips of other girls wearing similarly suggestive outfits like Slave Princess Leia from Star Wars. Scarlett’s choreography included a split and several pelvic thrusts.

“I wouldn’t necessarily put my four-year-old in it,” another pageant mom says in the clip, “but that’s her mom’s preference and their way, so, we’ll just leave it at that.”

VIDEO Man distracted by texting walks into a bear