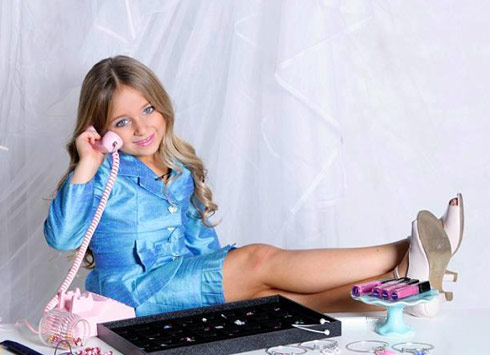 The first grader has been living the life as they say, and she’s not bashful about her success. She told the UK’s Daily Mirror:

“What’s not to like about being a millionaire? I’m a superstar, I have my own jewelry line and I just love being the boss. I never lose at anything and almost every pageant I enter, I win. But what I love more than anything is shoes. I have over 60 pairs.”

Barrett and mom, Susanna, 39, launched the Glitzy Girl company in 2010 based on a tradition they had of getting Isabella’s pageant titles printed on a charm following her many victories. The company primarily features lip glosses, charm bracelets and velour hoodies. 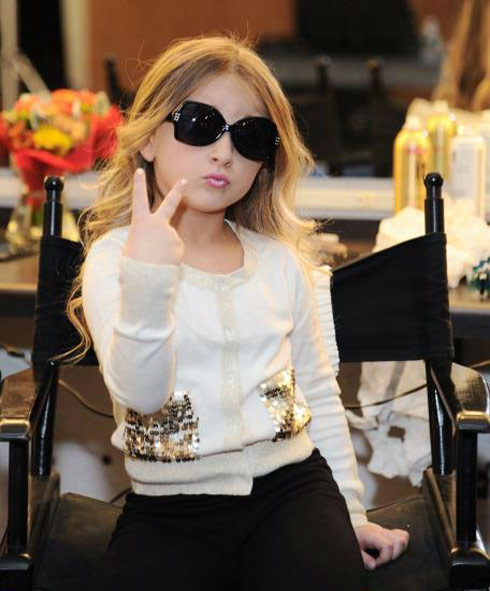 “Isabella got so many compliments on it that we decided to start making the bracelets. We’re now a $1 million company. And with all our endorsement deals, we’ve exceeded that number,” Susanna told Yahoo! Shine.

Isabella is out of the pageant game for now but intends on revisiting them when she hits her teenage years. The yougun’ stays busy though with school, learning multiple foreign languages, and booking modeling gigs. Girl even dropped a song along wither her Toddlers & Tiaras BFF Eden Wood called “LOL.”

When it comes to her career, her mom admits that expenses are rarely spared:

“That means a voice coach, make-up artist, regular spray tans, hair extensions, acrylic nails and even made-to-measure fake teeth which cost us $500… Each performance needs to be like a Broadway show and every single outfit is custom-made, costing up to $10,000. We must have spent around $50,000 entering pageants in the last two years alone, but look where she is now. It’s been more than worth it.”

Susanna is excited for her daughter and is grateful for what her success has allowed her to experience. “All I want for Isabella is for her to be able to travel, share experiences, sing, and be a well-rounded individual. People have always said that Bella has the It factor. But if the fame ended tomorrow, I would be 100 percent OK with that.”