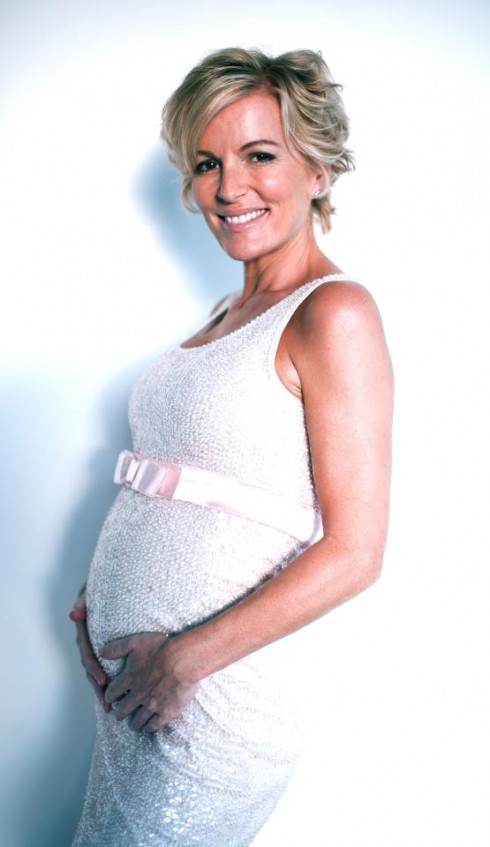 Real Housewives of DC star Cat Ommaney surprised everyone yesterday when she shared the above photo on Facebook along with the announcement that she is pregnant! As usual, it’s much better in Cat’s words:

BIG NEWS!!!! Someone said I was looking skinny but every time I look down, it just doesn’t ring true 😉 INBOX FULL PART 2 DUE DATE 26th August 2012 and this little bundle of joy later in the year!!! A magical surprise,completely out of the blue and my boyfriend,my girls and I are all over the moon with happiness and excitement! ” *nips off to get another icecream*

Cat, 40, has been keeping herself busy of late not only writing the sequel to her book Inbox Full (Which, as Cat mentions above, is due out on August 26th), everyone’s favorite Bravolebrity Britch writes a weekly recap of The Real Housewives of New York City for RealHousewives.net called “CAT’S B0LL0CKS” in which she unleashes her unflinching Cattiness on the latest Big Apple drama.

Congratulations to Cat! It’s just too bad The Real Housewives of DC isn’t around any more because getting pregnant is one of the two things that can almost guarantee a spin-off Bravo show! (Pair the birth with a shotgun wedding and it would have been an automatic!)

The Real Housewives of DC officially canceled by Bravo